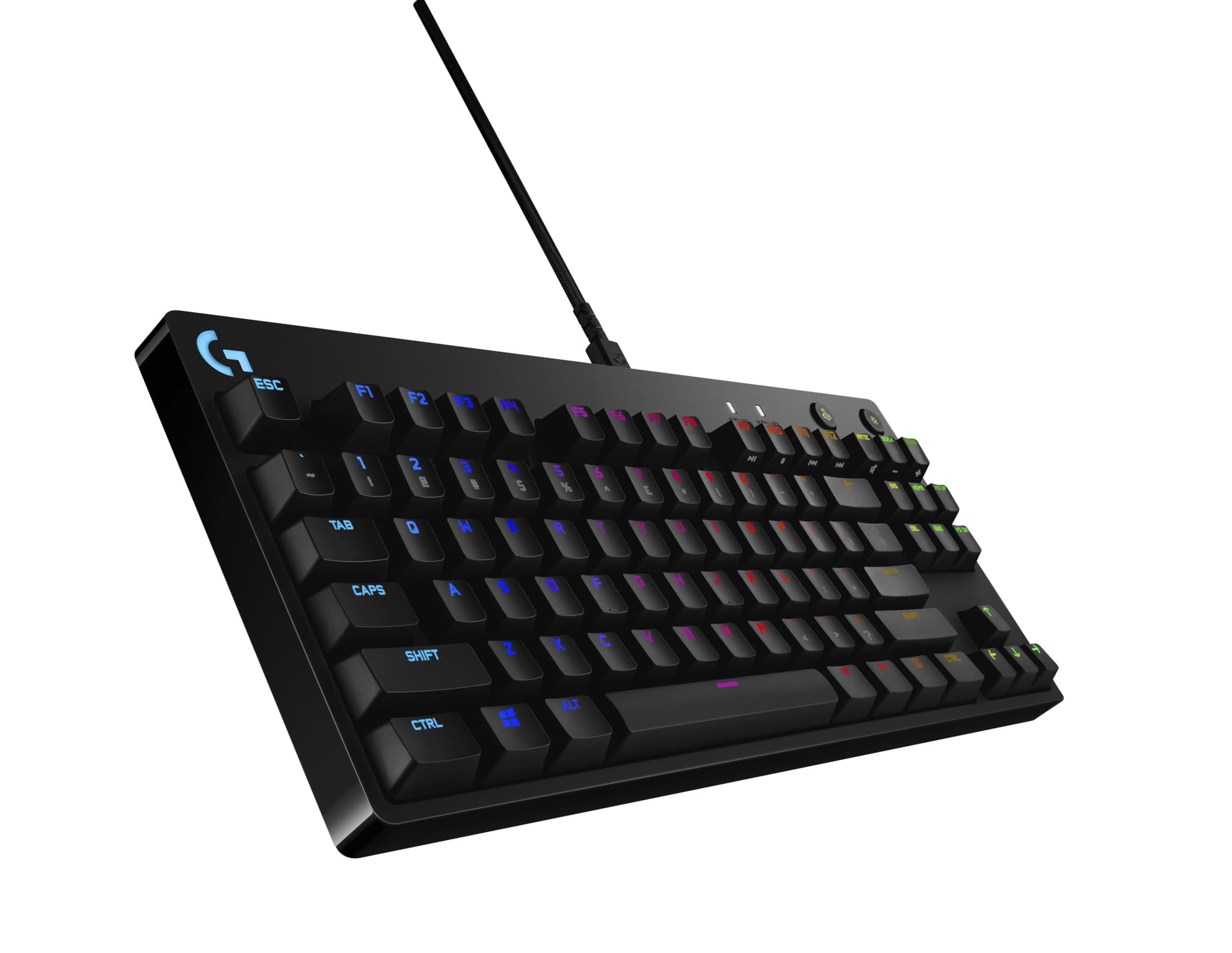 The keyboard market has seen some massive improvements over the past year. Hurdles in switch design and mainstream keyboard customization show the peripheral market is becoming more obsessed with the player.

Logitech’s latest attempt to bring deeper customization to the mainstream is an impressive step toward ultimate control for gamers, but it just barely misses the mark in some departments.

The G Pro X keyboard retains its appearance from its last iteration, but there’s a huge surprise hidden underneath the keycaps. The Romer G switches of the prior G Pro keyboard are gone. Logitech has implemented its new Kailh collaboration GX switches into the G Pro X, allowing for more customization with keycaps. Users will now be able to customize the keycaps on the G Pro X to their liking, but with a few limitations. Before, this level of customization was off the table with the Romer G style stems. Adopting a Kailh style stem with the new GX switches makes it much easier for users to find keycaps that fit their needs and style.

While having an added layer of customization is great, the G Pro X isn’t without its faults in this department. Users will want to pay close attention to what keycap set they throw on this board since it doesn’t have a standard bottom row of keys. You’re going to have some awkward spacing and will most likely have to keep the spacebar keycap on if you want everything to fit semi-nicely. It’s a real setback because the board does push the market forward in another major way.

Logitech offers three profiles of switches: GX Blue, GX Red, and GX Brown. Blue switches provide a nice tactile click with a feedback bump that makes for a more pleasant typing experience rather than gaming. Reds are linear and smooth as expected but don’t quite feel as smooth as some of the other options out there—potentially due to some harsh rattling that will be covered later down the road. Browns are a strong in-between with quiet motion and a soft bump.

Our favorites were the GX Reds for gaming and the GX Blues for everything else, but this is merely a personal preference and users should try each switch out for themselves. And, spoiler alert, trying each switch out is definitely a possibility now.

The biggest leap forward is the switch to a hot-swappable Printed Circuit Board (PCB). Typically, mainstream keyboard manufacturers would solder in switches to the PCB, which makes swapping out switches impossible unless you know how to solder and want to void a factory warranty. With a hot-swappable PCB, users will be able to literally pop switches in and out of the PCB as they see fit.

Hot-swappable keyboards are a popular option in the enthusiast market for their versatility and built-in value. Logitech’s move to use a hot-swappable PCB in tandem with their own proprietary GX switches is a strong choice that should give competitors a nudge in the right direction. Giving players a keycap and switch puller is appreciated, but it’d be nice if the plastic on the puller wasn’t so flimsy. The flex in the puller makes an already tedious job take more time and effort than it does with a puller made from sturdier plastic.

Being the frontrunner also comes with its pitfalls since there are a lot of little things that go untouched. While there’s no arguing the G Pro X should push other companies to place an emphasis on complete control for the consumer, it does feel a bit rushed. For instance, the strange pronged Micro USB cable seems outdated and the bottom row of keys not being redesigned to accommodate a standard layout seems like an oversight.

The keycaps here are also a bit rough around the edges—not literally, but in the sense that they pick up oil like nobody’s business. The stabilizers (stabs) are also a bit lacking in the quality department. There’s a lot of play and rattle when using any key with stabs. The fact that the frame is mainly plastic doesn’t help with the harsh rattling produced by the stabs, or any key near the center of the board for that matter.

It’s a bit odd that some areas of the keyboard have a much more tolerable bottom out than others. We tried switching out the switch with another of the same kind and then with other GX types, but the inconsistency was still there. It’s a nitpick thing, but it may bug some more quality-minded consumers.

But for each little thing that there is to nitpick the G Pro X keyboard about, there’s an equal amount of ways to praise it. Something that may go overlooked by some users is the return of the five hefty rubber pads on the bottom of the keyboard that lock the board into place on the desk. These feet are improved upon when taking advantage of the two levels of adjustable feet on the bottom of the keyboard. Having these options seems like a no brainer at this point. Logitech continues to provide users with little quality-of-life features like large rubber pads and adjustable feet, which means that the company is still player-focused while attempting to push the market forward.

The G Pro X does a lot to improve on one major area and not much else. The keyboard seems to fit well with the old adage of “if it ain’t broke, don’t fix it.” But in the case of the G Pro X, it feels like there are missed opportunities to modernize the board. Better stabs, keycaps, a standard bottom row, and some tweaks to the overall build would have made this board a great choice for gamers looking to get into the competitive scene or those who travel consistently.

Logitech has made a massive leap forward with the inclusion of a hot-swappable PCB. But in a future update, quality-of-life tweaks could keep the board just a cut above the rest.

Again, it’s still a good board and fans of the last iteration of the G Pro keyboard will undoubtedly find the G Pro X to be a new and improved favorite with the added flexibility. It just doesn’t quite do what other non-mainstream boards have been doing for some time now.