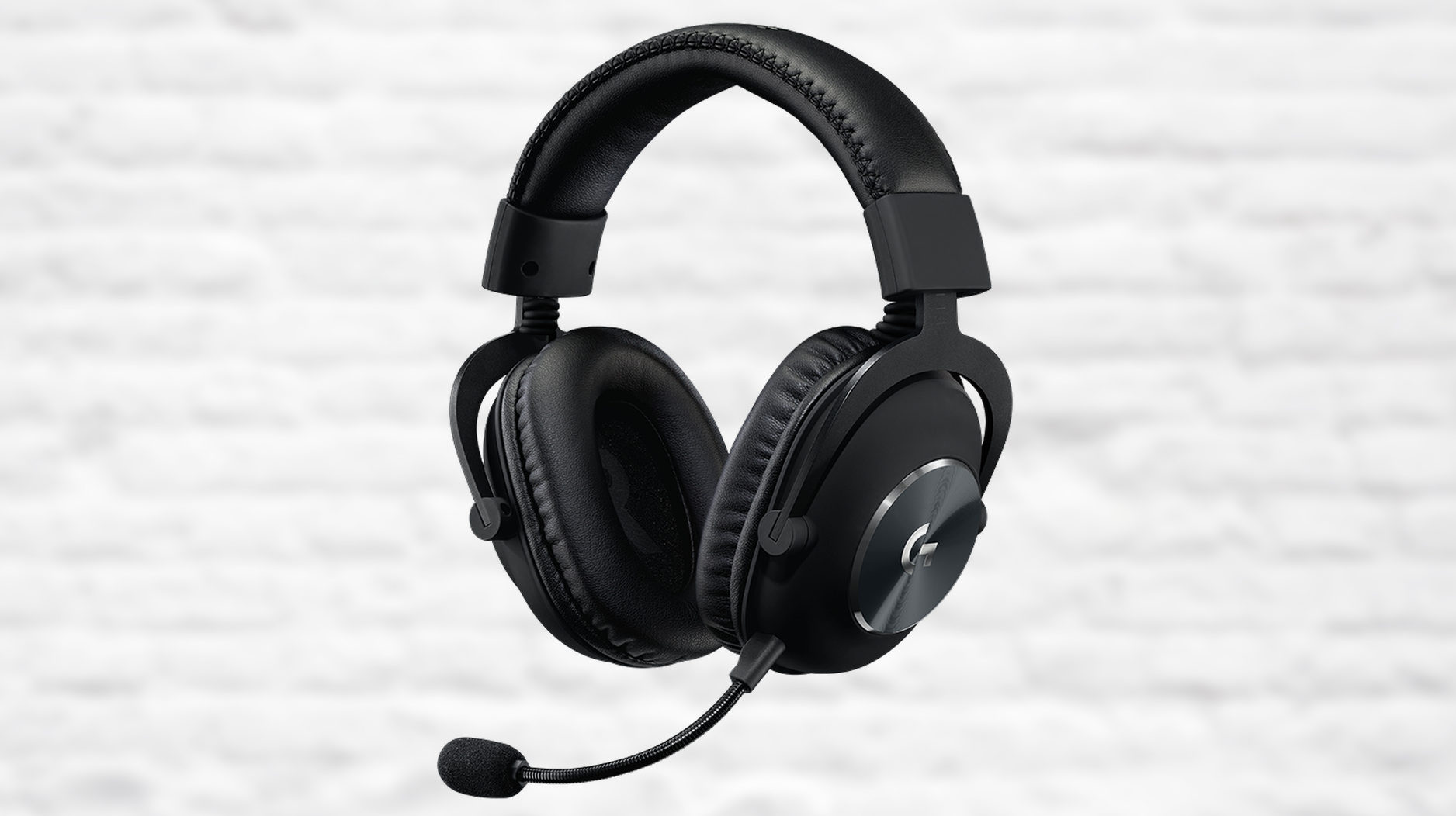 The Logitech G PRO X headset is the newest addition to the G PRO family and a welcome one overall. Headsets are a bit of a mixed bag these days, with some options being too “gamery,” looking to convince you to spend $100 plus for decent in-game audio, while others have a clean aesthetic and mediocre sound quality. Logitech’s latest audio offering is a solution that may make both entry-level audio enthusiasts and hardcore gamers happy.

Starting with the look and design of the headset, there are a few things that stand out immediately. The branding here is extremely light-handed. The circular gunmetal enclosure quietly boasts the Logitech G and not much else. There is a bit of texture to touch, but it’s visually unnoticeable. From the aluminum and steel skeleton to the earcups and headband, this headset is encased in a minimalist matte black, which adds to the understated branding. While this is a gaming headset, it looks more akin to an audiophile-level headset like a Beyerdynamic DT-770 or Audiotechnica ATH-M50x.

The addition of leatherette and velour earcups allows the user to customize look and feel, but each set has its own set of pros and cons. While the velour earcups look a bit more subdued and minimalistic, they don’t provide the same level of passive noise isolation users will find in the leatherette set. For readers who aren’t familiar with the term “passive noise isolation,” this refers to the amount of noise being blocked from entering your ears without any active noise canceling.

Due to the higher level of passive noise isolation, the leatherette earcups provide a deeper audio experience overall and compliment the closed-back design. The secure fit of the earcups played a large role in shaping our audio experience due to their snug fit and the velour ear cups just didn’t provide the same richness in every footstep and shell hitting the ground. Users will have to decide for themselves which earcup makes more sense for their needs.

Either option users choose, they may notice that their ears are right up against the 50mm driver. This may be dependent on ear shape and size, but I found that the earcups were a bit shallow and small in terms of their narrow-oval opening. It isn’t that the headset is small by any means—it has a durable and flexible frame that doesn’t squeeze the sides of the user’s head while accommodating larger sizes. But due to my ears being pressed right against the driver, I felt a bit fatigued after about two hours of gaming and listening to music.

While the G PRO X sounds so-so out of the box, users will want to take advantage of the forward-thinking inclusion of DTS Headphone:X 2.0 surround sound. DTS is the way this headset was meant to be used, but that means downloading the G HUB software, which is off-putting for some. But those who use the G HUB software won’t be disappointed by the quality of the surround sound here. The overall quality of sound is drastically improved and without DTS active, the headset sounds quite weaker. And despite being weaker out of the box, there’s still a decent amount of separation in any given mix of audio and the G PRO X avoids muddiness very well.

Perhaps the most unique and appealing aspect of Logitech’s newest offering is the implementation of Blue Voice. Blue Microphones is a well-respected company in the livestreaming audio scene. Many streamers start out using Blue mics and continue using them well into their careers. The G PRO X delivers on microphone quality, despite the added bonus of being detachable.

We tested Blue Voice without telling our usual squad that we used a different microphone and they noticed instantly. With comments ranging from how clear, to how much louder we were on mic, the feedback was positive. Even when dialing in our voice settings in G HUB, the difference was clear. This is a quality mic that users will appreciate.

Make no mistake, this is a gaming headset. Logitech has worked with pros in various esports scenes to give users a unique experience. The pro presets are accessible through the G HUB software and are a mixed bag that users will have to tool around with to find the right preset for their needs. Popular Fortnite streamer Ali “Myth” Kabbani’s preset was by far the biggest departure from the rest of the presets due to deep tones that rattled our eardrums. There’s also an added feature where users can create presets and make them available for others to download through G HUB, which helps build value.

G HUB provides as much or as little flexibility and control as the user is comfortable with. If nothing else, this headset strikes a good balance between an entry-level audio enthusiast set of headphones and a professional-tier headset. Logitech has made the G PRO X as technical or as limited as the user sees fit, but only through the use of G HUB, which may trip some software-hating users up. Aside from some connectivity issues with the G HUB software not recognizing the headset right away, the G PRO X and G HUB feel right at home together.

At $129.99, this headset makes complete sense when using the G HUB software. The added flexibility and customizability are what make it shine, and not taking advantage of the tools Logitech offers would be a mistake. Logitech has made a strong and innovative show in the first half of 2019—the G PRO X continues that streak.