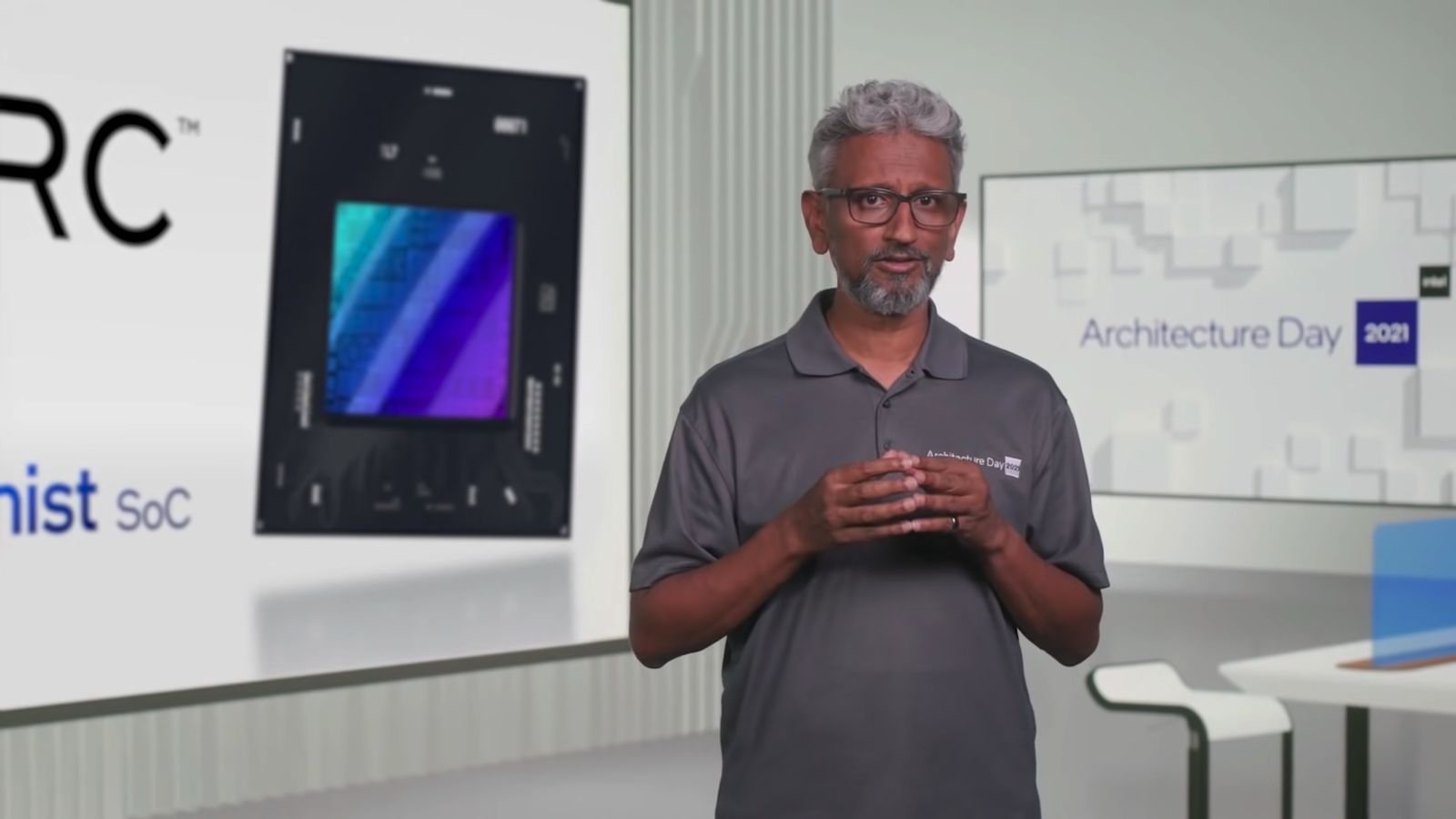 If there’s any savior on the horizon for the ongoing chip crisis, it’s the hope that Intel can break the duopoly of Nvidia and AMD with some competitive graphics cards.

The first Intel gaming GPUs aren’t due for release until early 2022, according to information from Intel’s Architecture Day. They’re not expected to rival the top-end RTX 3090 or RX 6900 XT cards from AMD or Nvidia, but given how expensive those cards are, that’s not hugely important for the majority of gamers.

Instead, what will really make a difference is if Intel’s inaugural Alchemist GPUs can compete in the mid-range market. The first benchmark — using the admittedly outdated Ashes of the Singularity — indicates that it might. TUM_APISAK posted a shot on Twitter of an Intel GPU being tested with an Intel i9-12900K, posting an average of 126.9fps across the benchmark.

There’s lots of reasons to take this with a grain of salt. Apart from being an outdated game, Ashes of the Singularity has long been more used to stress test CPUs. (Being a real-time strategy game, it’s considered more taxing on the CPU given the amount of calculations PCs have to do working out the movements, physics and impact of each individual unit.)

We also don’t know specifically which GPU in the Intel stack was being tested here. While the benchmark says “Intel Xe Graphics”, the performance makes it immediately obvious that it’s one of Intel’s discrete GPUs and not the Xe integrated graphics found in recent laptops. That much was reinforced by a follow-up tweet from TUM_APISAK, which showed the Intel benchmark put it in line with other tests run using a RX 5700, RX 6700 XT, RTX 3080 and RTX 3080 Ti. (The fact that all those GPUs are returning similar figures, however, shows why Ashes isn’t the most usual benchmark available.)

There’s other caveats here, too. Pre-release benchmarks like this appear for CPUs and GPUs all the time, as test runs accidentally (or purposefully) get uploaded to global leaderboards. It’s common for engineers to run prototype hardware through tools like Cinebench or 3D Mark, and images from gaming benchmarks like Total War: Three Kingdoms, Shadow of the Tomb Raider, the Far Cry series or Division 2, often hit the net before a piece of hardware is launched.

But the hardware here isn’t final, and neither is its drivers. Drivers alone can provide surprisingly huge improvements in performance, as users discover all the time. They’ll be especially important when it comes to testing real-time ray tracing or enabling Intel’s AI-powered upscaling, but the Ashes test above doesn’t provide any extra clarity on Intel’s capability there.

Still, it’s positive to see that the Intel Alchemist GPU is at least mirroring a RTX 3070 Ti here — or a Radeon RX 5700, depending on whether you’re a glass half full or half empty kind of person. But what’s more important is Intel’s positioning here. The vast majority of gamers buy mid-range GPUs; it’s why the GTX 1060 is still the most used GPU on Steam. If Intel can provide something that offers a sizeable upgrade over the GTX 1060, GTX 1650 or even the RTX 2060, and the price is competitive enough, then the GPU market could get real interesting next year.

Three Intel gaming GPUs are due to launch in 2022: an entry-level offering, a mid-range offering and something targeting the high-end. According to Intel’s Architecture Day, only the entry-level Alchemist GPU was given the Q1 2022 release date. But even if these results are coming from Intel’s super-secret top-of-the-line gaming GPU, Intel’s ability to manufacture and guarantee its own supply is still a massive win for consumers — provided everything is priced accordingly. (And given Intel’s the one trying to break into the dominant duopoly of Nvidia and AMD, it’d be a surprise if the company didn’t compete aggressively on price.)