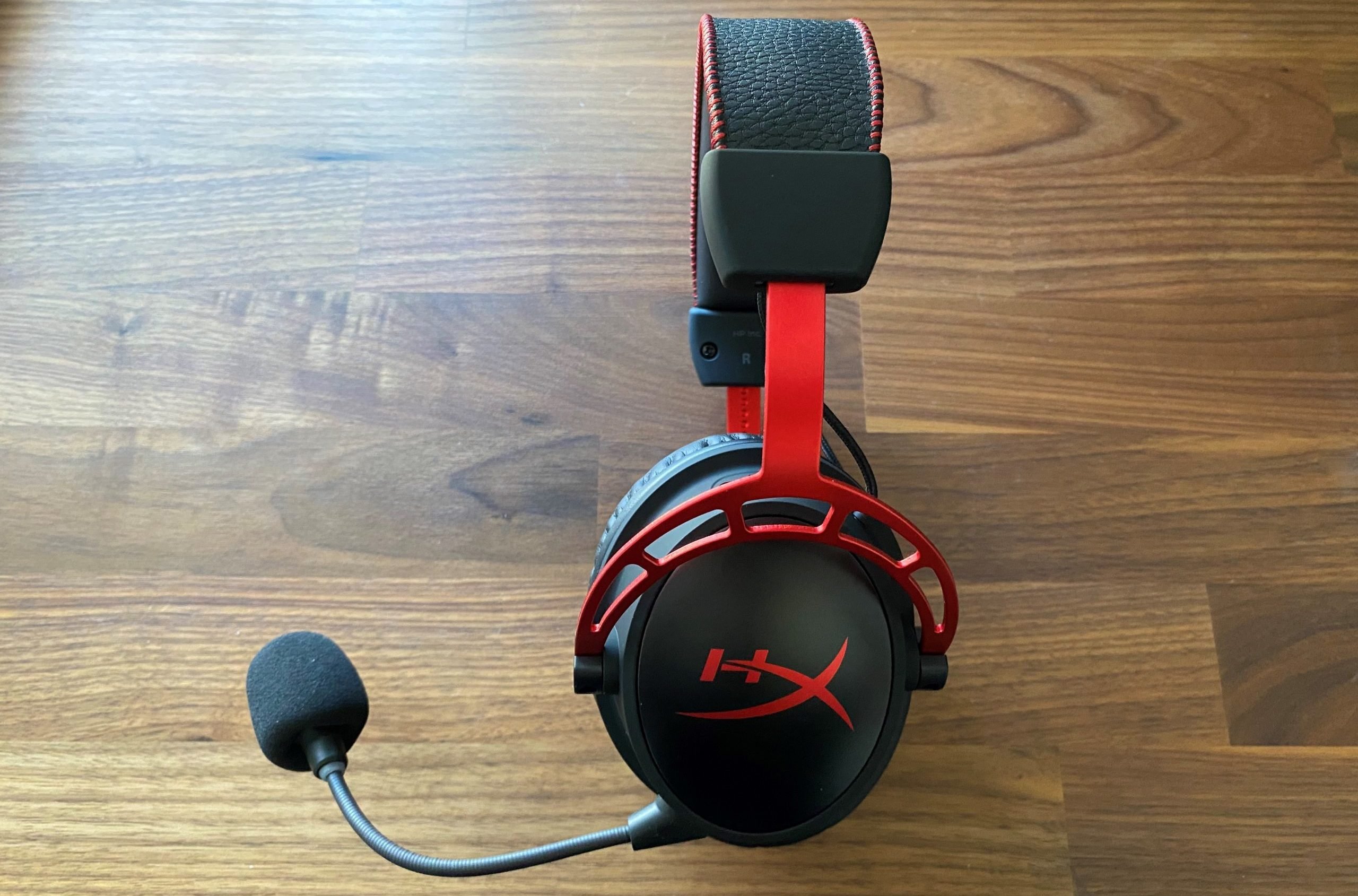 HyperX’s headsets are some of the best in the game. They’re priced appropriately for what they offer, have more than passable sound, and maintain a decent level of comfort. While not every offering boasts the same quality, there’s still at least one strong selling point in each of HyperX’s products, headset or otherwise.

Looking at the company’s newest wireless offering, the Cloud Alpha Wireless, there is a lot to like in a package that meets eye level with wireless options from Razer and Logitech G. But despite matching with other household names in many regards, there’s one hiccup that is hard to ignore.

The HyperX Cloud Alpha Wireless borrows from past designs from the outset. You can tell you’ve got a HyperX product in your hands right away; the loud branding says as much. But there’s a bit going on here that you find in every HyperX headset.

For starters, HyperX clocks the Cloud Alpha Wireless as being the first wireless headset to achieve a 300-hour battery life. It’s an impressive claim and one that seems to hold up, but more on that later. The headset uses a 2.4GHz connection like many others, relying on its battery to give it a bit of an edge over other wireless headsets.

The custom 50-millimeter drivers use a dual-chamber design that is meant to separate mids and highs from the lows. This can help players identify audio cues and other noises in-game more easily. The new design also trims down the size and weight, which is an attempt to maintain the headset’s level of comfort. The drivers feature a frequency response of 15Hz to 21kHz that is just slightly larger than a SteelSeries Arctis 9.

To back the dual-chamber design, HyperX also includes DTS Headphone:X Spatial Audio which aims to make in-game audio even more accurate when paired with the drivers. The jury is always out on whether spatial audio has an effect, but it’s a mainstay on headsets in the $200 range.

For input, the Cloud Alpha Wireless features a Discord and TeamSpeak-certified detachable microphone. The mic is also noise-canceling with a bi-directional pickup pattern and a frequency response of 50Hz to 7.2 kHz, which is once again slightly wider than that of the SteelSeries Arctis 9.

In terms of adjustability, the Cloud Alpha doesn’t have much going on. The headset features the expected aluminum headband sliders and leatherette earpads along with simple onboard controls. Nothing to get lost in here. It also comes with an incredibly short charging cable that could have been much longer.

Starting with the headphones themselves, these are solid—most of the time. Those who adopt the Cloud Alpha Wireless will get quality and trustworthy audio across any genre, competitive or otherwise. But there is one issue that is hard to look past considering the price tag.

For a headset that is $200, it’s not ideal for the drivers to produce random popping noises. While ours is an early review unit, the issue is still disappointing. For context, the popping began in the menus of Overwatch when a strange crackling noise accompanied any menu audio. In-game, it was all-consuming. After restarting, the issue went away. Things ran smoothly for quite some time, with multiple system restarts in between. But the issue returned again before going away after restarting several times.

After speaking with HyperX, our reviewer is confident that the issue, whatever it may be, will be resolved in a future update and is likely limited. The company did not mention this happening to any other reviewers, but it’s worth mentioning since it has not happened with another wireless headset on the same test rig.

Aside from this issue, the headset provided reliable sound with solid separation that highlighted highs and mids to aid in identifying audio cues. Overwatch is is typically a mess, with the potential for there to be 10 heroes featuring drastically different move sets and voice lines. The Cloud Alpha Wireless did a phenomenal job of separating out bassy shots from the light patter of approaching footsteps from voice lines and Ultimate lines. Likewise, Insurgency Sandstorm’s sound design shined with enemy voice lines echoing through tight corridors in a claustrophobic fashion. Overall, there’s a good deal of separation. It also feels spot-on in terms of imaging, which translates to greater confidence.

Flipping on the DTS Headphone:X Spatial Audio didn’t seem to make a dent in the experience. While it’s a nice feature to have at this price point, it’s hard to say whether it really does anything. There were a few moments where it seemed as though it may have saved our reviewer from certain doom, but turning it off yielded the same result. The Cloud Alpha Wireless is just a solid headset on its own when it isn’t acting up.

As far as the microphone goes, HyperX nailed it. While it bears the certification of both Discord and TeamSpeak like many other mics, it actually comes through. This is a solid microphone that won’t let a ton of background noise in and that makes sure your voice comes through naturally without sounding muffled or tinny.

Two highlights of the Cloud Alpha Wireless are its comfort and longevity. These two factors go a long way in making a wireless headset the best it can be, and HyperX nailed both here.

While the earpads aren’t the most plush around, the memory foam does a good job at providing a comfortable seal that isn’t overbearing. This also seems to help with mitigating heat generation when combined with the leatherette. After a couple of hours of gaming, these only heat up a little bit without heating the air in the earcup.

But comfort is only half of the package. The biggest selling point of the Cloud Alpha Wireless aside from its stellar sound is its 300-hour battery. After weeks of testing, the headset still hasn’t required a charge. This includes regular daily use and test gaming sessions. It’s really quite impressive. Each time our reviewer put on the headset, they expected the battery notification to dip consistently. Instead, there’s only been a drop of around 20 percent. This makes the Cloud Alpha Wireless a breeze to pick up and keep pace with your day.

Should you buy the Cloud Alpha Wireless headset?

If you’re in the market for a straightforward headset with solid sound, a top-notch headset mic, and a wildly impressive battery, then the Cloud Alpha Wireless might work for you. It is at the $200 point, which may be a deal-breaker for those who don’t believe in the value of spatial sound. Overall, this is a pretty simple package with few frills and an emphasis on sound.

The only real downside to this headset is the popping sound that randomly occurred on several occasions. Considering the issue did go away with a few resets, it isn’t a complete wash. But whether or not it’s worth the risk is going to vary from user to user.