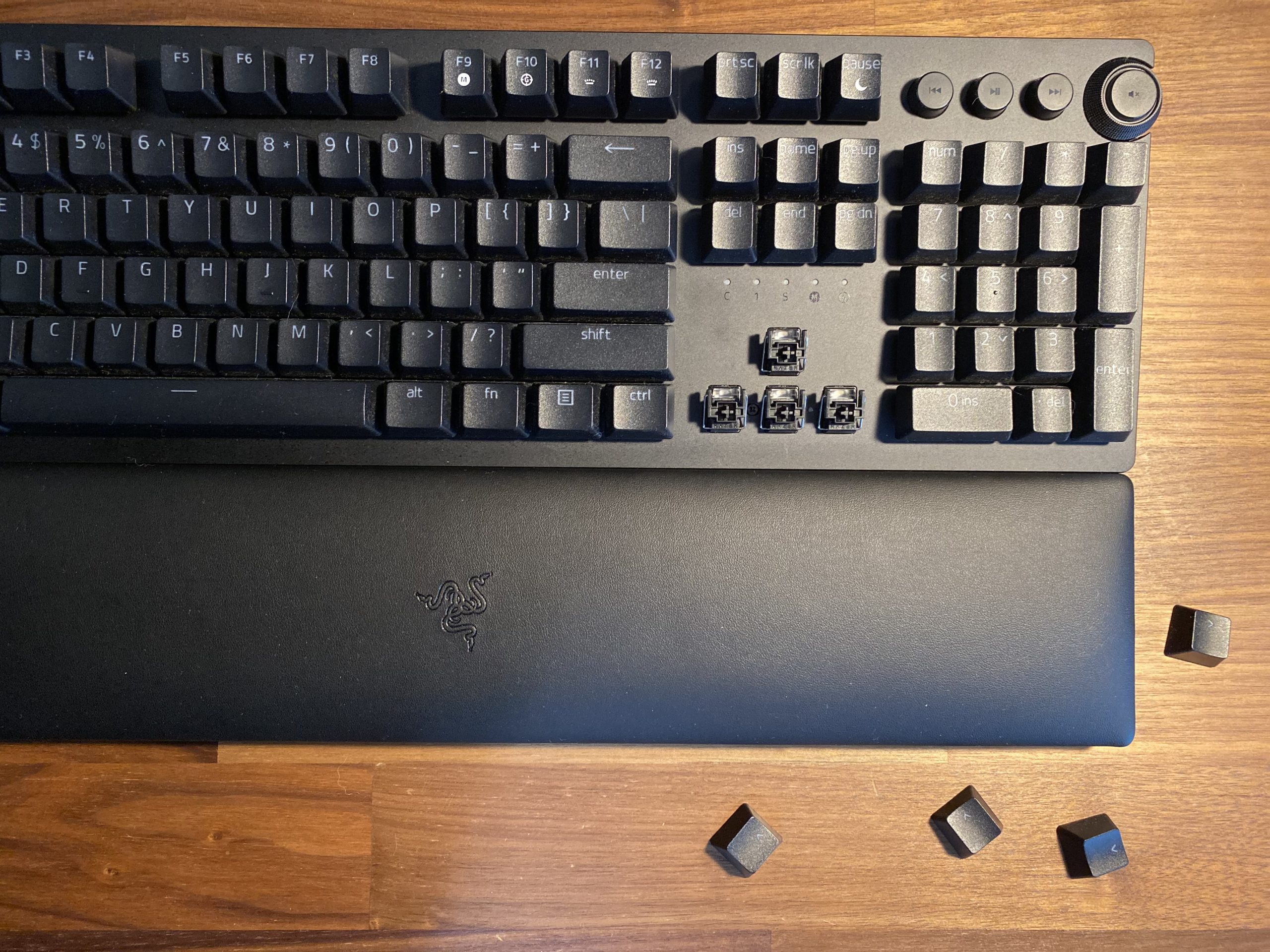 Razer has earned a lot of good faith within the gaming community with its consumer-friendly Viper 8K pricing and Huntsman Mini release. The Huntsman V2 Analog looks to further that sense of good faith by being one of the most fully-featured keyboards ever made.

A string of innovative products and a gamers-first mentality has brought Razer closer to leading the pack than ever before. While not every product has been an all-out success, many have made significant strides in bringing gaming peripherals to the next level. The Viper line invigorated Razer’s mouse lineup, and the Huntsman Mini proved Razer was listening to its community. Razer is now looking to provide gamers with the most fully-featured keyboard.

The Huntsman V2 Analog keyboard feels fully featured, but it may be one of the more polarizing Razer products to date. Razer’s Huntsman refresh doesn’t do anything wrong, but it seems to be lost in providing something for everyone—so much so that it ends up feeling like a niche product. There’s a lot to love about this keyboard if you’re the right person.

The media controls have a little wiggle to them but not so much that it raises concerns about their durability. Our reviewer could see the wiggle room between the case and the buttons when the RGB lighting is active. Toggling the mute function on the scroll wheel is weirdly satisfying since it has a similar feel to the company’s laptop touchpads.

Like every other Razer product, this updated model uses Chroma RGB. The lighting on Razer’s keyboards looks more subdued over the past two years. It seems like the lighting doesn’t bleed out from under the keys as much, which helps the keyboard blend in a bit better. There’s no way a glowing rainbow keyboard can fully blend in, but the lighting has become a bit more subdued.

The included RGB-enabled wrist rest is mandatory when using this board. Despite the wrist rest being detachable, there’s really no reason to remove it due to the sheer height of this keyboard. This may not come as a surprise to Huntsman veterans, but it will be jarring for newcomers. On a Corsair board, you might be able to get away with removing the included wrist rest, but not with a Huntsman board.

The padding on the wrist rest is upholstered with a leatherette material that remains cool over long periods of use. Our reviewer’s wrist rest formed noticeable indentations after a few gaming sessions, but the wrist rest never felt uncomfortable.

Improving on the original

While the returning features are nice to see, Razer has given the V2 Analog a much-needed update in a couple of departments. The V2 Analog comes with Razer’s double-shot PBT keycaps, a USB 3.0 passthrough, and a standard bottom row of keys to match the other members of the Huntsman family.

Check out the Huntsman V2 Analog on Razer.com

Keycaps can be hit or miss, but Razer’s hit the mark for a few reasons. The double-shot PBT keycaps do a fine job of preventing oil from building up, which stops them from feeling slippery while gaming. The legends are crisp, and they have a nice texture that doesn’t smooth easily. These keycaps have appeared on many of Razer’s recent releases, but this is the first time they’ve made it to a full-size Huntsman board.

The V2 Analog received some connectivity upgrades as well. This keyboard connects using a USB-C connection and includes a USB-C to USB-A adapter for users who don’t have access to USB-C ports. There’s also an included USB 3.0 passthrough connection located on the left side of the keyboard. This passthrough is especially handy if you’re using a wireless mouse with a finicky connection since it keeps the wireless dongle closer to the mouse.

A rare level of customization

Razer’s V2 Analog looks about the same as the original Huntsman, but there’s a lot going on under the surface. The Analog V2 uses Razer’s Analog Optical switches, and their added capabilities are impressive—if a bit overkill at times.

Each switch’s activation point can scale between the stock point of 1.5 millimeters and 3.6 millimeters. Our reviewer felt that a 1.5-millimeter activation point was a bit too fast for everyday use, but they enjoyed the added speed in-game. On the opposite end, 3.6 millimeters felt a bit delayed in comparison. If you’re someone who slams their keys anyway, then this might not feel like much of a difference.

Razer also allows users to set up dual-step actuation for each key. This feature allows two actions to be carried out with one keystroke. Users can set a custom secondary activation point to trigger another action. While this is a neat feature, it seemed odd to take away part of the mouse and keyboard experience. It might be a forward-thinking addition, or it might just be a great concept that made it to production. Either way, our reviewer didn’t get too much use out of this feature.

Another heavily marketed feature of the V2 Analog is its ability to mimic a joystick. Razer’s intention with this feature was to provide gamers with a controller-like experience on a keyboard. Analog input allows the user to take advantage of a controller’s 360-degree movement to make things like driving a bit more fluid. It doesn’t feel like it makes a difference, however. Overwatch is highlighted as a compatible title, but the feature doesn’t add anything to the experience. The UI also seems to disagree with using the joystick function since the binds continuously flashed between a controller and keyboard.

The strongest case for this feature is its application in racing games or open-world titles that feature a lot of driving. Driving is arguably one of the more uncomfortable experiences on mouse and keyboard. But a PC gamer willing to drop this amount of money on a keyboard to improve their racing game experience would probably be better off grabbing a racing wheel instead. It’s a tough sell if you’re not already a Huntsman keyboard fan.

Things may change with time, but for now, our reviewer doesn’t see this feature as an added value.

While the Huntsman V2 Analog succeeds in being fully featured, it also gets lost in providing a broad feature set. There are some unquestionable improvements, and the technology is impressive. But many of these improvements are quality-of-life changes that are a long time coming. The technology also seems niche when considering how the price might narrow the audience.

Innovation comes at a premium, but when comparing the V2 Analog to a keyboard like the SteelSeries Apex Pro that was released a few years ago, it becomes a bit tougher to justify the price if you’re not the intended audience. Given that the Apex Pro features per-key adjustable actuation and costs a decent amount less than the Analog V2, it’s difficult to recommend the Analog V2 over the Apex Pro.

Two of the Analog V2’s biggest features feel either out of place or not fully realized. The joystick function isn’t noticeable, and the dual-step functionality feels like it takes something away from the mouse-and-key experience. But if these features intrigue you, or if you’re a die-hard Razer fan who wants a modern version of the Huntsman, the price tag shouldn’t be too concerning.