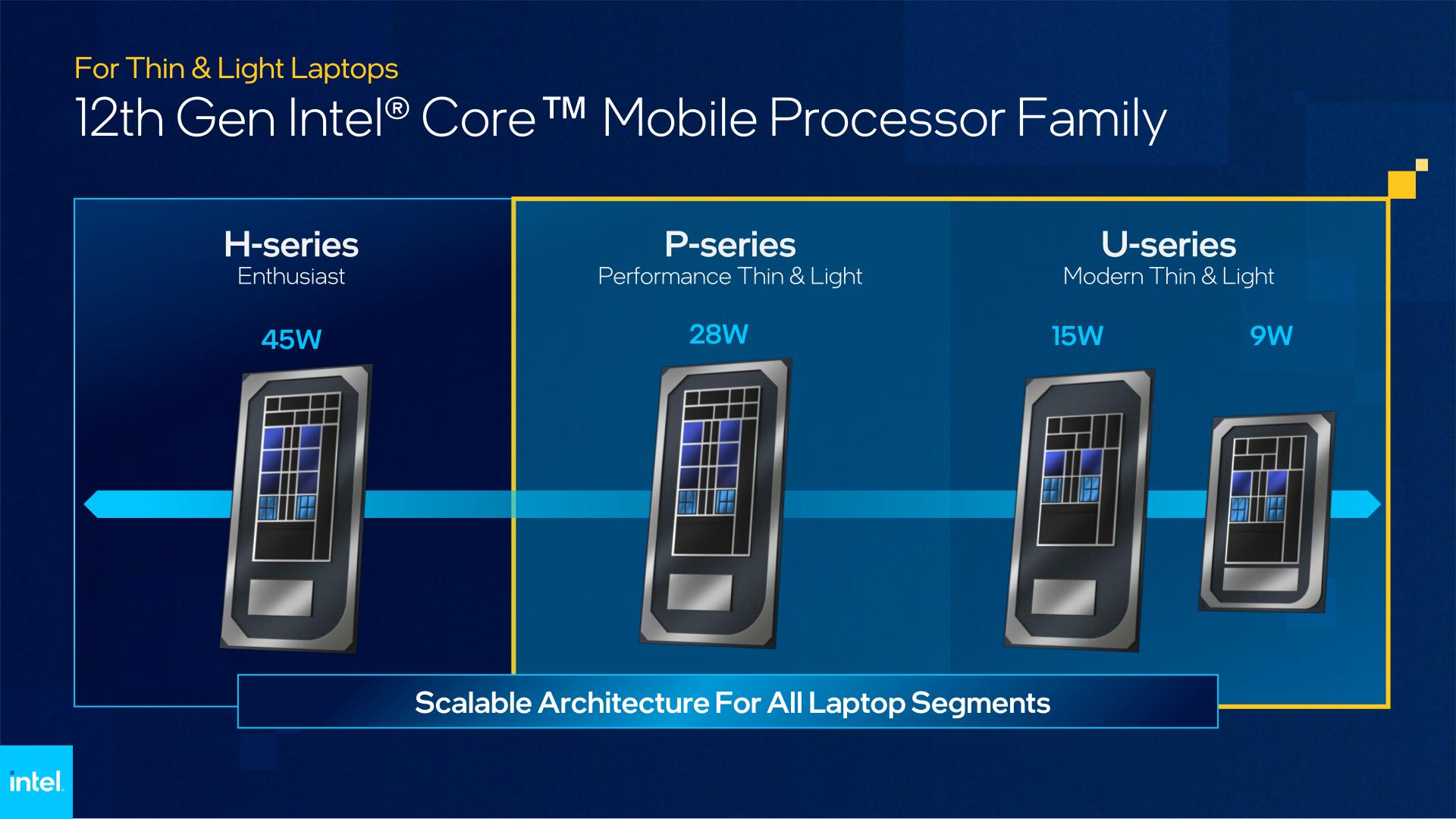 Intel has just launched its new mobile Alder Lake processors designed for slim and light laptops. The new 12th-gen P and U Series will have 20 variants arriving in March, with more to come later.

These new processors were first announced at CES 2022 and sit under the top-of-the-range Alder Lake H-Series in Intel’s lineup. Instead of operating at 45-watts like the H-Series, the mid-range P-Series operates at 28-watts. The entry-level U-Series comes in two variants operating at 15 and nine-watts. Like all Alder Lake CPUs, the mobile range uses Intel’s hybrid architecture with P-cores for performance-related tasks and E-cores for less intensive background tasks.

Entry-level Intel laptops will feature the Celeron CPU with just a single P-core operating at 1.1 GHz and four E-cores operating at 0.9 GHz. This CPU also has 8 MB of L3 cache and a 1.1 GHz graphics frequency.

Intel’s Alder Lake P and U Series are direct competitors to AMD’s Ryzen 6000 Series and are compatible with some of the latest standards like DDR5 RAM PCIe 4.0 and the Windows 11 OS.

It will be interesting to see how these new CPUs stack up to AMD’s latest offerings because the H-Series delivers superior performance but can’t match the efficiency of its arch-rival, the Ryzen 3.