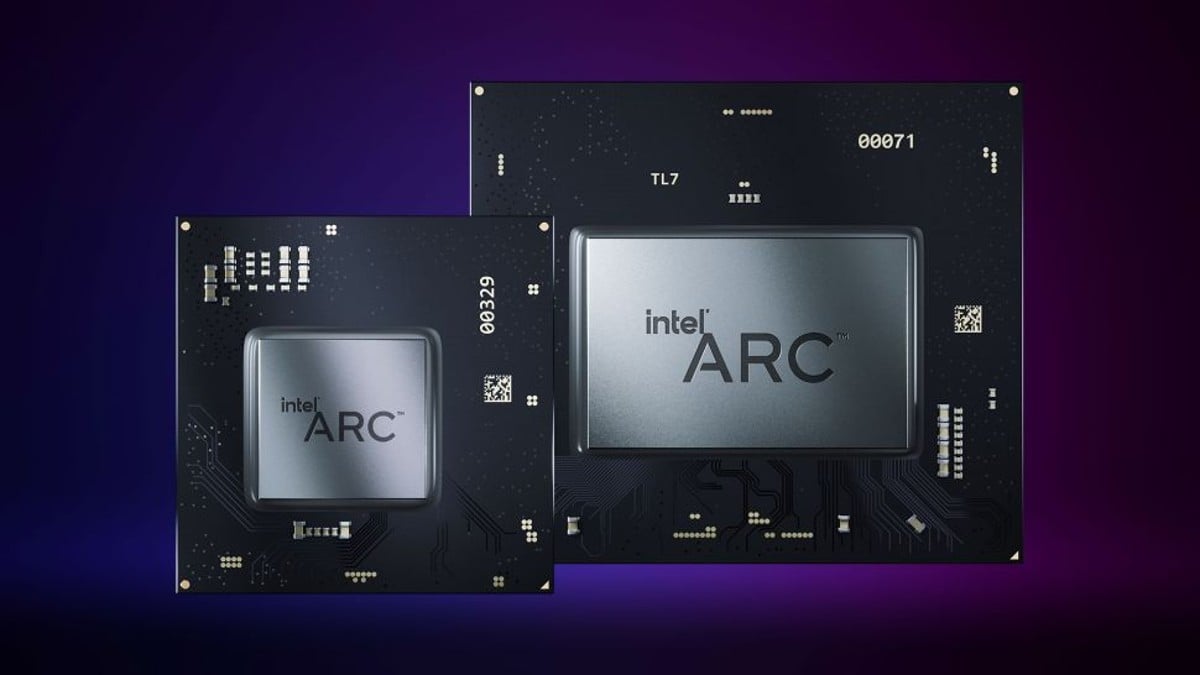 Intel’s long-awaited Arc Alchemist GPUs have finally launched, with the mobile versions set to be released first followed by the desktop models later in the year. The company has been making integrated graphics for years, but this is the first time it’s going toe to toe with the heavy-hitters Nvidia and AMD in the gaming space.

The range starts with the entry-level Arc 3 for “enhanced gaming,” then moves to the mid-range Arc 5 for “advanced gaming.” The Arc 7 is the highest tier in Intel’s lineup geared toward “high performance gaming.”

The first two models are hitting the market in April and are part of the ARC 3 GPUs designed for thin and light laptops. More powerful models like the ARC 5 and ARC 7 should be arriving in the summer. There will be two models available at launch called the A350M and A370M.

Both options have a similar design with 4GB of GDDR6 memory and a 64-bit memory bus. The lower-tier A350M has six ray-tracing units, six Xe cores, and a 1150 MHz graphics clock. Its power consumption is low at between 25 and 35 watts.

Intel’s A370M has slightly higher specs with a 1550 graphics clock and eight ray-tracing units and Xe cores. Since it has higher performance, it requires between 35 and 50-watts of power to run.

The performance of these two GPUs is expected to rival Nvidia’s RTX 3050 and AMD’s RX 6500M. According to Intel, the games it tried hit between 60 and 70 fps at 1080p at medium settings. Some include Doom Eternal at 63 fps, Hitman 3 at 62 fps, and Wolfenstein: Youngblood at 78 fps. These tests should be taken with a grain of salt, however, since they are yet to be verified by independent testers.