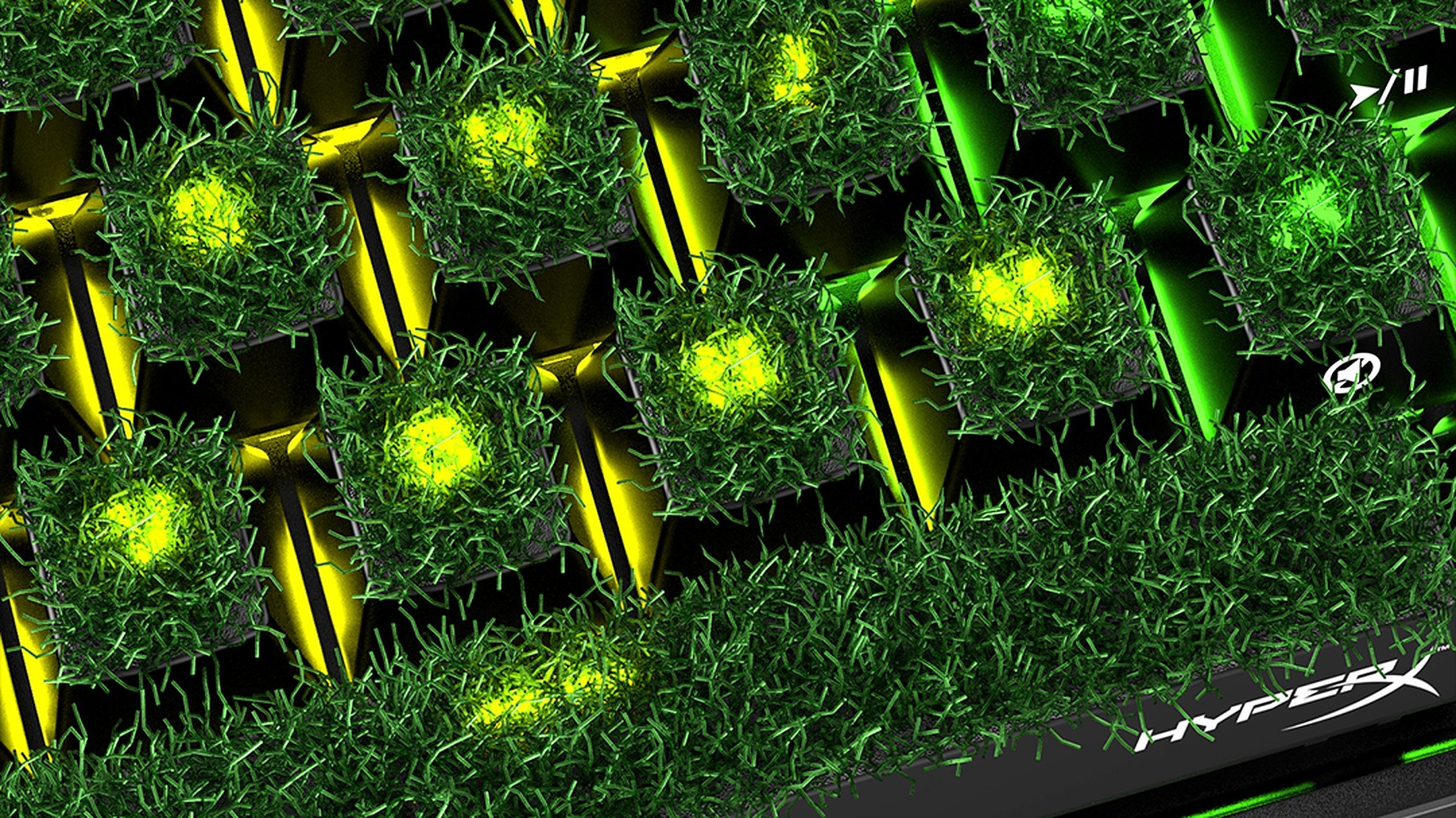 April Fools’ Day is off to a solid start with HyperX providing players with an alternative to going outside thanks to its “Touch Grass” line of peripherals.

In one of the more ridiculous jokes this year, HyperX is playing around with the concept of gamers needing to integrate some nature into their days. The company is also passing off its joke as a means to celebrate Earth Day, which is on April 22. Although, if it were a legit product, it would provide a ridiculous and unexpected comeback for anyone who dares tell you that you need to go outside and touch some grass.

“We’ve all had at least one person in our lives telling us to turn off the games, go outside, and touch some grass for once, but it’s time to finally put them in their place,” said HyperX in a release.

“HyperX feels your struggle, so we worked hard to create our “Touch Grass” line of products. In your most intense matches, you can finally feel soft grass tickle your fingertips as you’re nailing those clip highlights. Premium options also include a grass scent to throw off anyone who can’t mind their own business. Embrace nature and “Touch Grass” with HyperX on Earth Day 2022.”

While it’s definitely the most ridiculous concept of the year, next to ROCCAT’s Clickhammer, it’s a solid effort by HyperX to join in the April Fools’ Day tomfoolery. There’s nothing like the disadvantage of having your keycaps and mouse buttons covered in grass to celebrate Earth Day. Come to think of it, if it were real, the only way to run this keyboard is if you’re a touch typist. The hunt and peck crowd would be out of luck on account of the legends being covered up by that all-powerful grass.