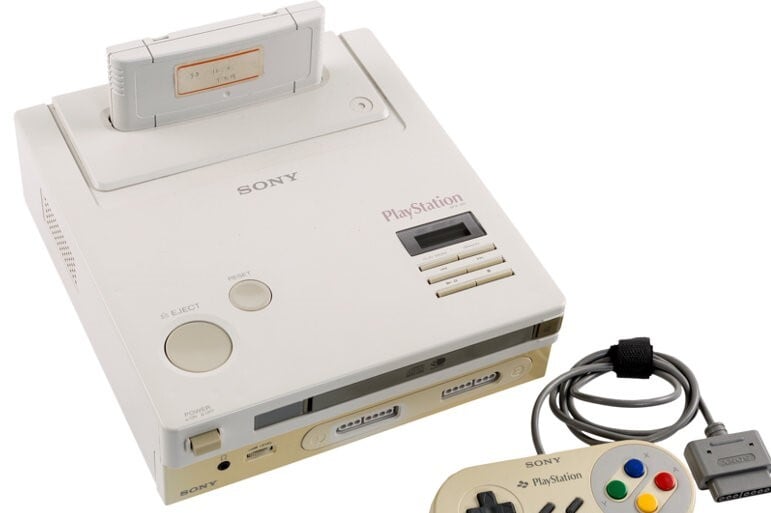 In 1992, two of the biggest competitors in video gaming joined together to create the Nintendo PlayStation Super NES—the first-ever hybrid console. The joint-venture failed and 28 years later, just one prototype remains. It’s now up for sale and it’s expected to fetch millions at auction.

The one-of-a-kind console has similarities with the Super Nintendo and the original PlayStation, but it also has its own unique characteristics. It has a slot for Super Famicom and Super Nintendo games, a CD-ROM drive, a headphone port, and an independent volume dial. It’s designed to play music and cartridge-based games at the same time.

The console was originally owned by the founder of Sony, Olaf Olafsson. But after he left the company to join Advanta Corporation and Time Warner just a year later, he abandoned the Nintendo PlayStation prototype.

In 1999, Advanta filed for bankruptcy and gathered everything in its offices to sell at auction. The system has remained a part of video gaming history since.

The owner of the rare console intended to sell it in December 2019 but had a last-minute change of heart after turning down a $1.2 million offer.

Now, it’s back on auction and has already surpassed the $30,000 mark. It’s unclear if the console will ever be sold, but for now, if you have a spare $1 or $2 million in your pocket, it’s there for the taking.