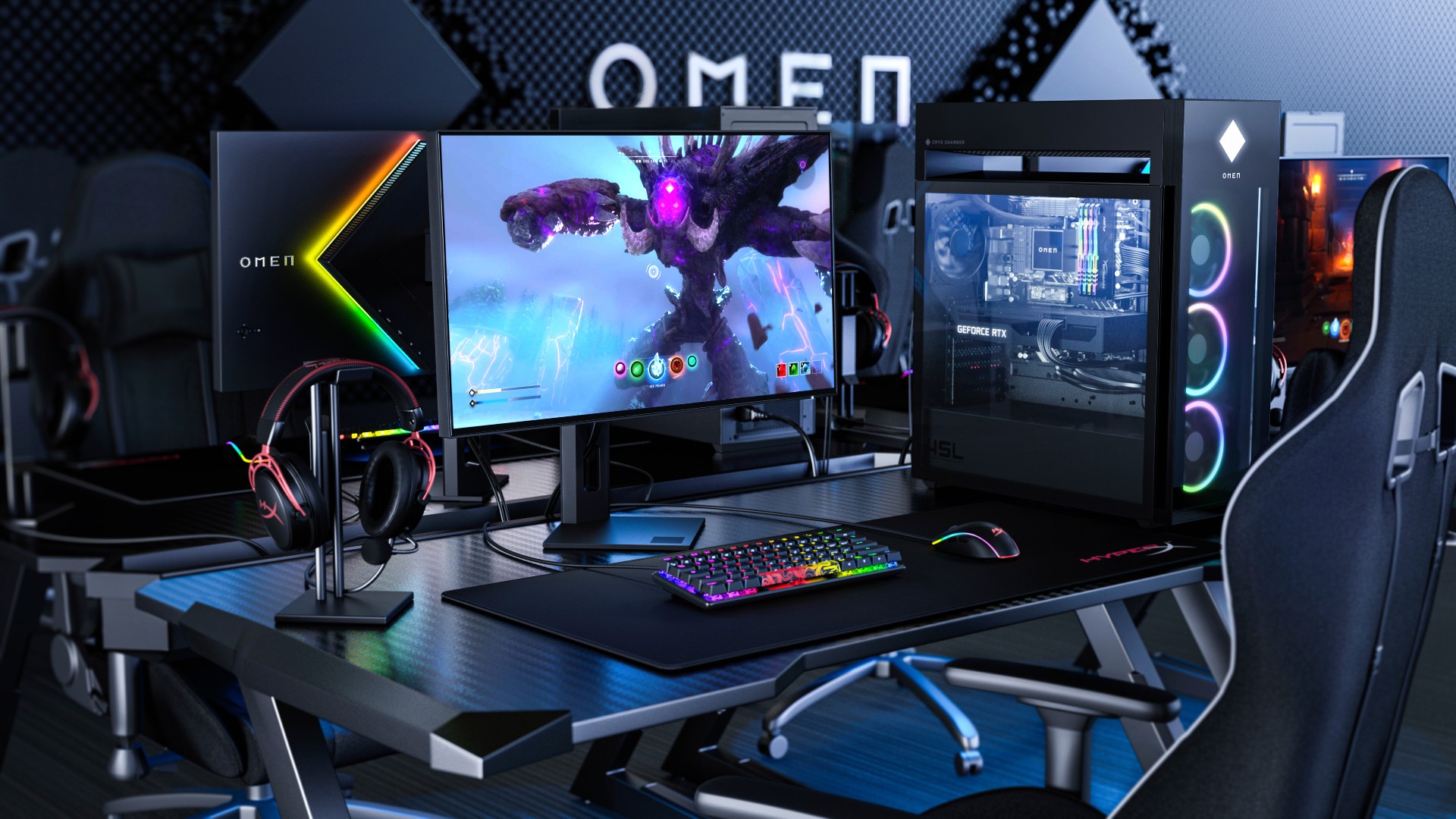 HP is launching a new 4K gaming monitor at CES 2022 for PC and console gamers. Titled the Omen 27u 4K, it comes with modern features like 4K resolution, HDR, and DisplayPort 1.4, and HDMI 2.1 compatibility.

On paper, the Omen 27u 4K is a 27-inch 4K UHD (3840 x 2160) gaming monitor with an IPS display. It’s the first monitor from HP to feature addressable RGB lighting with HP Light Studio compatibility and the first to include a pair of downward-firing speakers. AMD Freesync Premium Pro adaptive sync is standard, and it will also work with Nvidia GPUs.

HP’s Omen 27u 4K comes in a matte-black finish with slim bezels and subtle branding on the rear. Both the base and the rear of the monitor have a diamond-shaped theme to stand out and distinguish it from its rivals.

VESA mounting compatibility is standard, so buyers can choose whether they want the monitor on their desk or mount it on the wall or monitor arm.

PC gamers aren’t left out, and the Omen 27u 4K can reach a 144Hz refresh rate with 4K resolution via the DisplayPort 1.4 connection.

The HP Omen 27u 4K could be one of the best monitors for multiplatform gamers. It provides 4K resolution with high-refresh rates for console and PC gamers and has the latest connectivity options for both.

While the monitor has been officially unveiled at CES 2022, there’s currently no pricing information available.