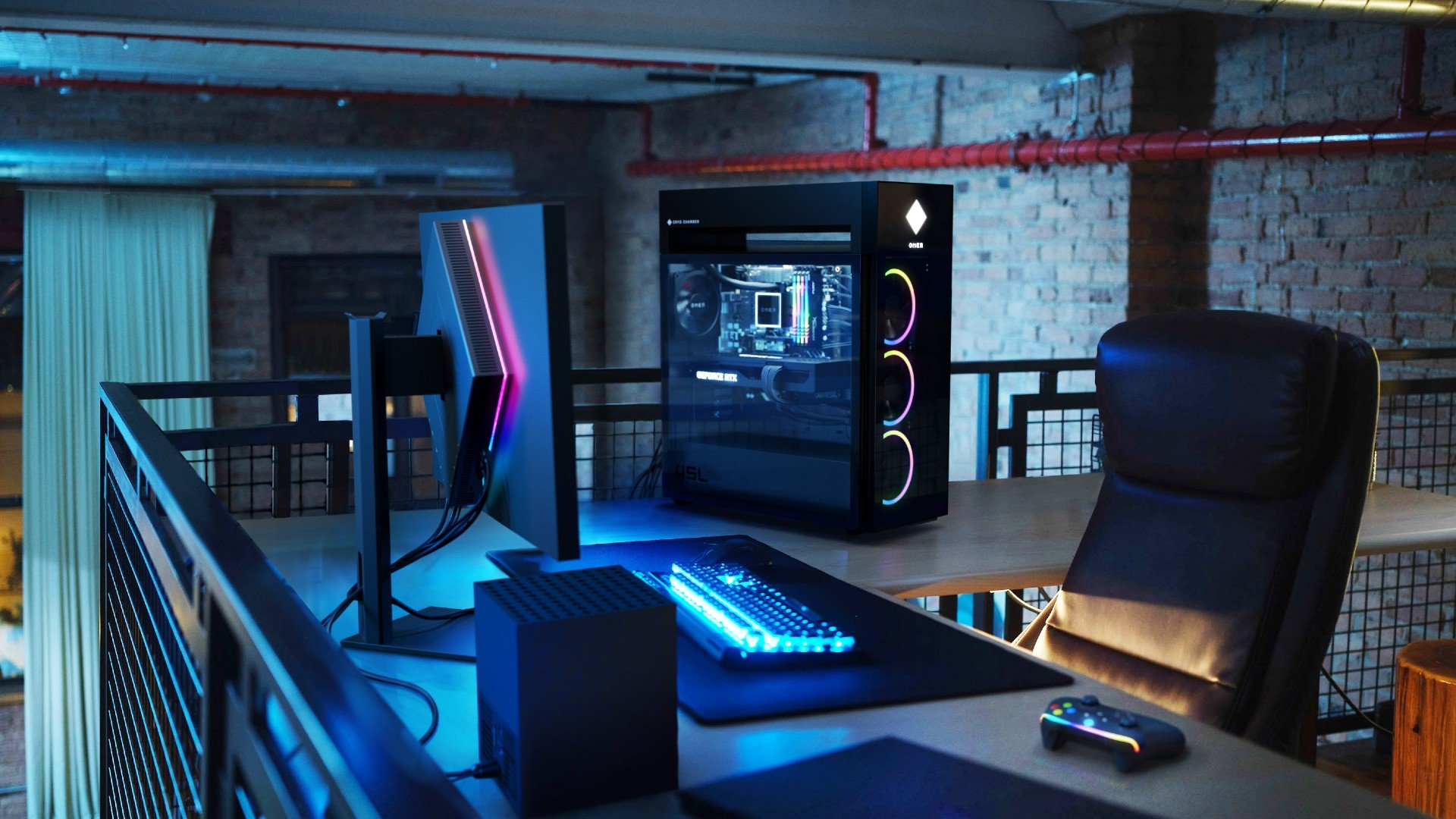 HP has two new Omen desktops coming out at CES 2022. The company’s releasing its new top-of-the-range 45L and entry-level 25L to complement the mid-range 40L that’s already on sale on the HP site.

The Omen 45L is HP’s new flagship gaming PC and the first to feature the new Cryo Chamber cooling technology. It’s designed for advanced users who want the most powerful gaming rig available and like to tinker and upgrade components.

One of the unique features of the 45L is the new Cryo chamber design. This feature moves the CPU radiator to a separate compartment at the top of the case and away from the rest of the components. The reason for moving it to the top is to take in cool air from outside the issue instead of using the warm air from inside the case for cooling.

Using cooler air reduces the PC’s interior temperature and improves thermal performance. When HP tested the 45L against the 40L without the Cryo chamber, it averaged around six degrees cooler despite using the same 240-millimeter radiator. Other benefits of the Cryo Chamber are that it makes the PC quieter, and the space it creates between the PC can work as a carry handle.

While the Cryo Chamber supports 360mm liquid cooler radiators, it will initially ship with 120mm or 240mm options only. Buyers can also use 140 or 280mm options until 360mm options ship in Q2 2022.

HP’s Omen 45L is compatible with the latest Intel Z690 and AMD Zen 3 motherboards. It also supports high-end graphics cards like the Nvidia RTX 3090 and the AMD RX 6700 XT. All the other components are industry standard and user-upgradeable. So buyers can always upgrade in the future.

The case is also accessible from three sides, including the two side panels and front bezel, and has side cover locks hidden behind the front bezel to ensure nobody else has access to the components.

Apart from its hardware, the 45L also comes with Omen Gaming Hub software to monitor performance and change settings. The app makes it easy to switch between power modes and overclock the memory and CPU on an easy-to-use interface. It also allows users to control each fan individually and adjust the RGB lighting.

The Omen 25L is HP’s entry-level gaming PC geared towards people who love to play but don’t spend much on their setup and are unlikely to upgrade very often.

It’s the first PC in the Omen range available in the Ceramic White color option, and buyers can decide whether they want metal or tempered glass side panels.

Considering its smaller size, the 25L has different cooling options to the 45L. Buyers can choose between three options like a 120mm liquid cooler, a 92mm air cooler with two heat pipes, or a CPU air cooler. The 25L also comes with a single 120mm fan on the front panel.

With three tiers of Omen PCs, there’s one for every type of user. Enthusiasts and serious gamers can go for the 45L or 40L (that’s actually the same PC without the Cryo Chamber), and casual gamers can pick the 25L.