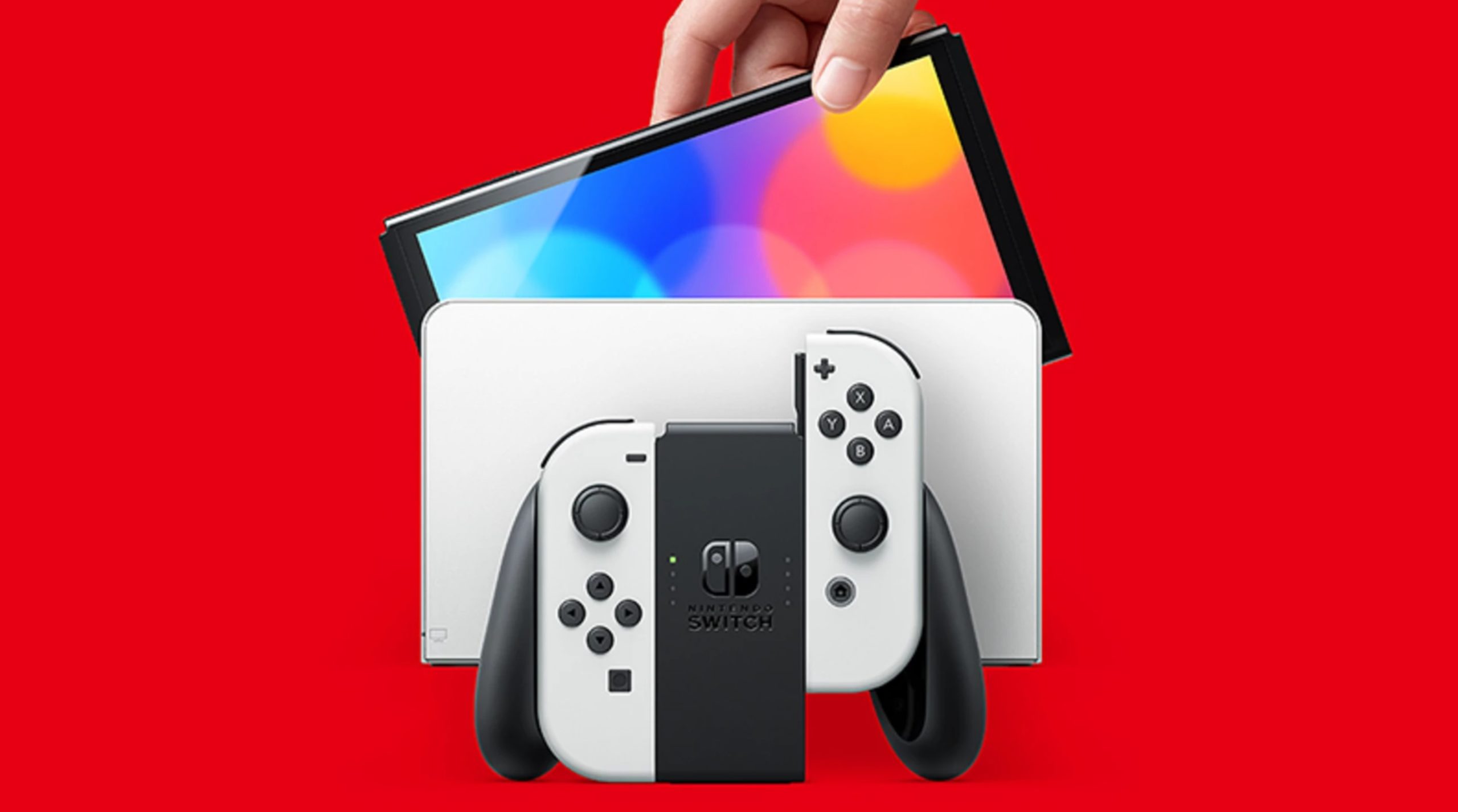 With upgrades to the Switch console’s specs, as well as a few new added features to the Switch’s dock, the newer version of the console builds upon the foundations of the Switch’s already-impressive hardware. A larger OLED screen will be included with the new console, in addition to a built-in, hardwired ethernet port—two features that fans have been asking for since the launch of the console.

Additionally, the new Switch OLED model will be available in two color schemes. One is new for the console’s upgraded model, while the other should be familiar to Nintendo fans or people who have owned a default Nintendo Switch model.

The Nintendo Switch OLED model will launch with two color options, the first of which will be the black and white model shown in the reveal trailer for the new and upgraded console. That model will feature a black Switch console, a white dock, and white Joy-Con controllers with black buttons.

If you wish, you’ll be able to mix and match the Joy-Cons and dock that you use with your Switch OLED model, considering the upgraded version of the console sports compatibility with the entire catalog of pre-existing Switch hardware.

The Nintendo Switch OLED model will launch on Oct. 8 and will cost $350.