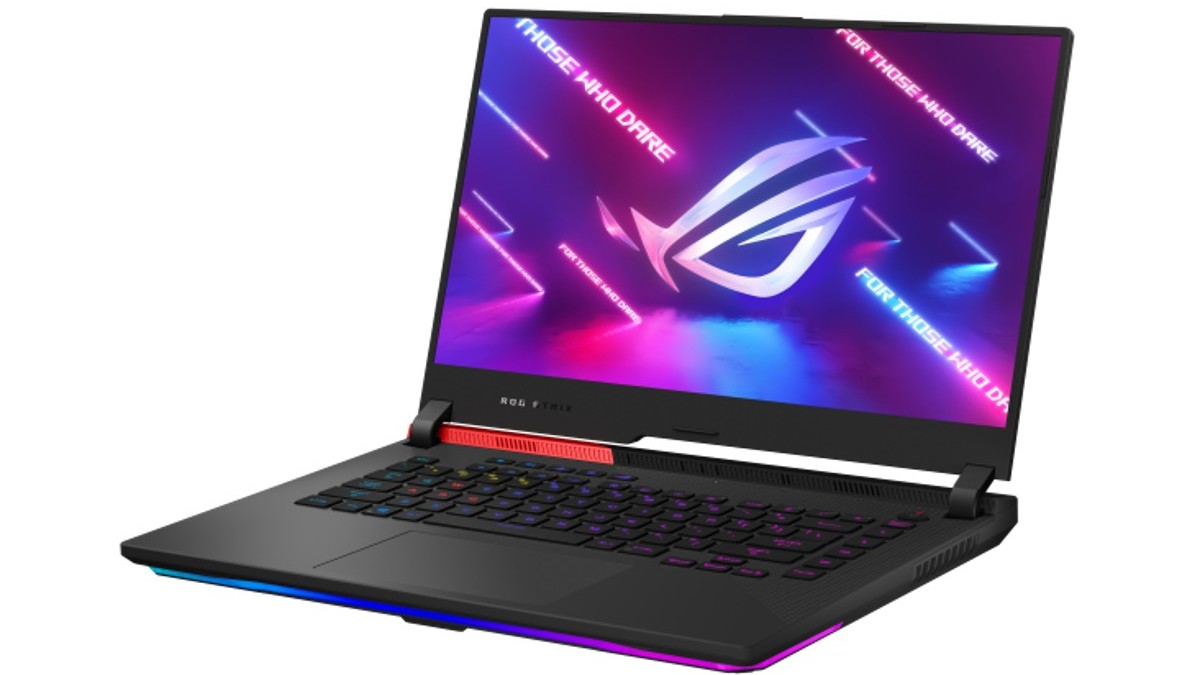 New hardware is one of the best gift ideas for gamers in the family. While it may be difficult to choose gifts for some people this holiday season, gamers always need new equipment. Thanks to technology continuously improving and the latest games’ increasingly high system requirements, helping the gamers on the shopping list upgrade their laptops is a helpful gift idea.

Gaming laptops are thoughtful gifts that can fulfill multiple roles. They allow users to play the latest games, work on the go, and enjoy music and movies while traveling.

Choosing a laptop doesn’t have to be difficult. This holiday gift guide lists the best high, mid, and value gaming laptops with their specifications to make it simple to choose the best one for your requirements and budget.

Here are the best gaming laptops of 2021.

Razer’s Blade 15 Advanced is the company’s flagship gaming laptop and features high specs in all departments. It comes with Intel’s 11th-Gen H Series processor paired with either 16GB or 32GB of RAM. There’s also a top-of-the-range Nvidia RTX 3080 graphics processing unit (GPU) capable of displaying FHD 1080p at 360Hz on the 15-inch panel. While the single terabyte storage capacity isn’t the biggest, it provides standard laptop storage, and there’s a secondary M.2 slot to upgrade in the future.

This laptop features Razer’s signature look. It’s made from tough aluminum with an all-black design and the Razer snake logo. Despite its slimline design, the Blade 15 Advanced has a range of ports, including three USB-A ports, two USB-C ports with Thunderbolt 4 compatibility, and an HDMI 2.1 port.

The Gigabyte AORUS 17 takes things up a notch with a slightly larger screen size. Instead of a 15.6-inch screen like the Blade 15 Advanced, it has a larger 17.3-inch version capable of FHD 1080p resolution at 300Hz. Many of the other specs on the AORUS 17G match the Blade 15 Advanced, such as the RTX 3080 GPU, 32GB RAM, a terabyte SSD, and Intel 11th-gen processor.

One of the biggest differences between the Blade 15 Advanced and the AORUS 17G is the keyboard. Instead of a membrane keyboard, the AORUS 17G has a mechanical keyboard featuring OMRON switches with a 1.6-millimeter actuation point.

Lenovo’s Legion 5 Pro Gen 6 sits in the same price bracket as the previously mentioned options but offers alternative specs. Instead of an Intel CPU, it includes the AMD Ryzen 7 5800H. It also has the lower-spec RTX 3070 and lower RAM at 16GB. Compared to the other laptops mentioned so far, the Legion 5 Pro has a 16-inch QHD 1440p screen with a 165Hz refresh rate. Its terabyte SSD matches the AORUS 17G and Blade 15 Advanced, though.

The Legion 5 Pro has solid build quality like most top-tier laptops. It’s constructed from aluminum with some plastic components. It also has ample connectivity options, including two USB-C ports, DisplayPort 1.4 compatibility, and an HDMI 2.1 port.

Razer’s Blade 14 offers high performance in a more compact package. It uses AMD’s Ryzen 9 5900HX processor together with 16GB RAM. Like the Legion 5 Pro, it uses Nvidia’s RTX 3070 for the graphics but is paired with a 14-inch QHD 1440p screen with a 165Hz refresh rate. A terabyte SSD also comes standard.

Despite its smaller size, the Blade 14 has a similar build to the larger Blade 15 Advanced. It has Razer’s all-black look with a sturdy aluminum exterior and ample ports. For a smaller laptop, the Blade 14 still manages to fit in a USB-A 3.1 port, a USB-C port, and an HDMI port. Unlike the other laptops listed so far, the USB-C port doesn’t support Thunderbolt.

Buyers can purchase the larger Alienware m17 R4 for around the same price as the Blade 14. One of the main benefits of the Alienware m17 R4 is its larger FHD 360Hz 17.3-inch screen, which may be more appealing to users than a smaller alternative. On the other hand, the Alienware m17 R4 uses an older Intel i7-10870 processor and comes with a lower-spec RTX 3060 GPU. The 16GB RAM and a terabyte SDD come standard and are expected in this price range.

Alienware’s m17 R4 comes in the familiar black and silver theme shared by many other products in its lineup. Like the AORUS 17G, it includes mechanical keyboard switches, but in this case, they are made by Cherry and have an expected lifespan of 15 million keypresses.

The Asus ROG Strix G15 Advantage Edition is one of the company’s all-AMD gaming laptops. It uses the AMD Ryzen 9-5900HX CPU for processing power and the Radeon RX 6800 M GPU paired with a 1080p 300Hz display. While the 16GB RAM matches many laptops on this list, the 512GB SSD might be too small for some users.

Instead of a discreet design, like the Blade 15 Advanced or Legion 5 Pro, the ROG Strix G15 stands out with vivid colors and abundant RGB lighting. The top left corner above the keyboard includes a bright red accent, and there’s also a light strip running across the front of the laptop to brighten things up.

MSI’s Pulse GL66 costs considerably less than the previously-mentioned laptops but still offers quality gaming performance. While it uses the fast Intel i7-11800H CPU and an RTX 3070 GPU, the 15.6-inch FHD screen has a lower refresh rate of 144Hz. Other specs, like the 512GB SSD and 16GB RAM, are comparable to the more expensive ROG Strix G15.

Another area where MSI has to compromise to keep the price down is the build quality. While most of the laptops listed so far have an aluminum housing, the Pulse GL66 only uses it sparingly on the lid, and the rest of the laptop is plastic.

The Asus TUF Dash 15 is one of the most affordable gaming laptops on the market and has lower specs than any laptops listed so far. It runs on an Intel i7-11370H CPU and comes with only 8GB of RAM. As a more budget-focused laptop, the TUF Dash 15 uses the Nvidia RTX 3050 Ti GPU linked to a 15.6-inch 1080p display with a 144HZ refresh rate. Unsurprisingly, the storage capacity is similar to the Pulse GL66 and ROG Strix G15 at only 512GB.

While the TUF Dash 15 has a slimline design, it also has an all-plastic construction. Despite its plastic design, users get some peace of mind regarding the build quality. The Asus TUF Dash 15 passes MIL-STD-810H testing and should withstand minor bumps and scratches.

For a budget laptop, the Predator Helios 300 has a decent variety of ports. There are three USB-A ports and a USB-C port with DisplayPort and Thunderbolt compatibility. Additional display ports include a Mini DisplayPort 1.4 and an HDMI 2.1 port.

The Asus ROG Zephyrus G14 is a more compact option for budget-conscious buyers. Unlike the Predator Helios 300 and TUF Dash 15, it uses an AMD processor and runs on the Ryzen 7 4800HS. Its GTX 1650 GPU is a bit dated compared to the alternatives on this list, and the 14-inch FHD display also has the lowest refresh rate at 120Hz. At least the 16GB RAM and terabyte SSD are acceptable at this price range and offer decent value.

For a ROG product, the Zephyrus G14 has subtle styling. There are no bright panels or RGB lighting like the ROG Strix G15, and it has a more businesslike black and grey appearance. Despite its compact size, the ROG Zephyrus G14 includes two USB-A ports and two USB-C ports. There’s also an HDMI 2.0 port and a DisplayPort to connect a secondary monitor.