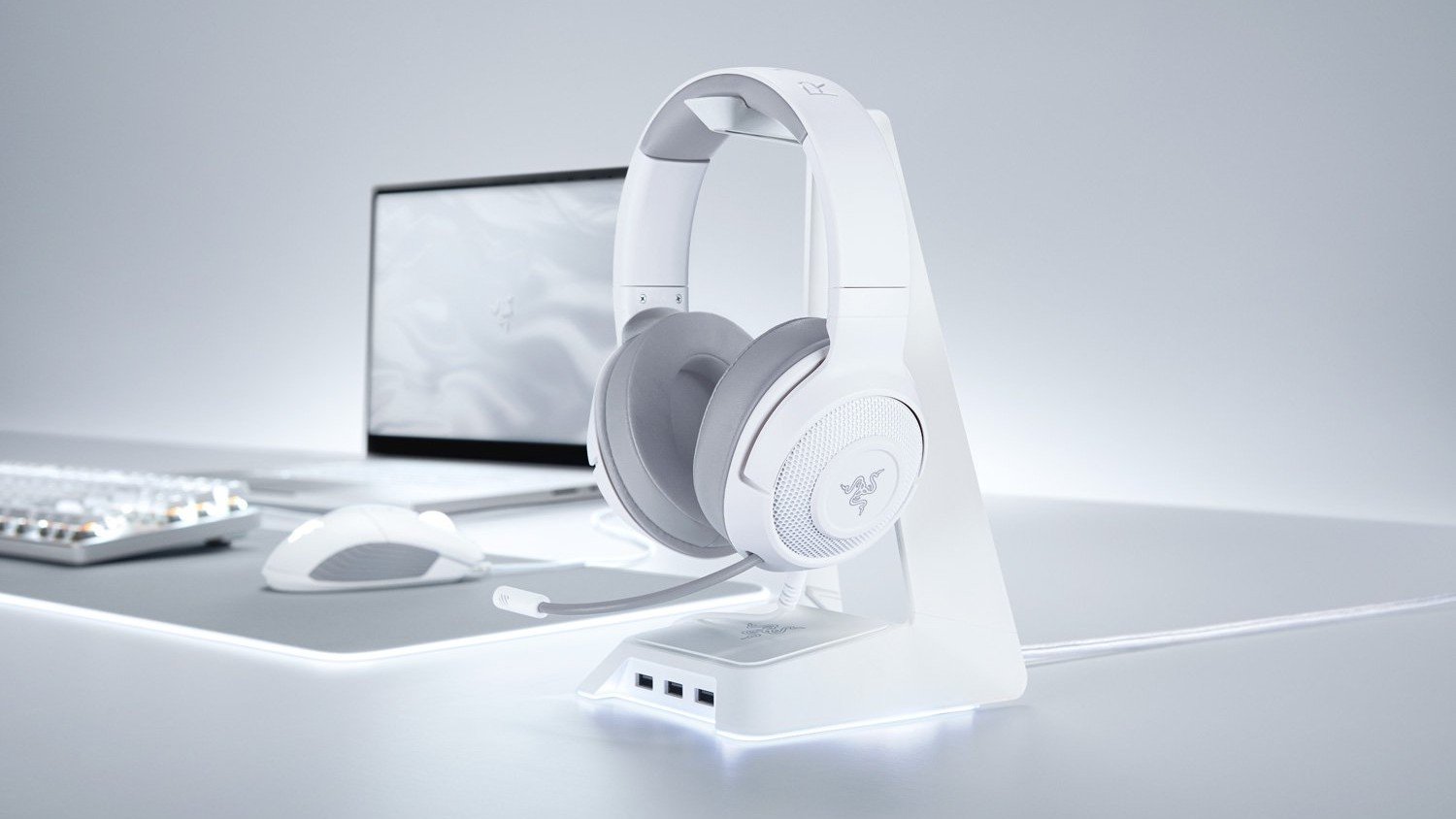 The holiday season is almost here, and it’s time to start picking out gifts for the gamers in the family. Choosing the right gift can be difficult with so many options available. This gaming headset gift guide simplifies things with a list of the best options for all budgets and describes each in an easy-to-understand manner.

Considering gaming headsets are an essential part of any setup, they make an ideal gift for the gamer on the shopping list. Gaming headsets allow players to immerse themselves in the game and communicate with teammates. The following gift guide includes the best wired and wireless gaming headset options as well as some additional budget-friendly alternatives.

Razer’s BlackShark V2 offers an impressive mix of performance and build quality. This headset has a more streamlined and compact design compared to many Razer headsets, and it’s also available in a range of colors. While the BlackShark V2 comes in Razer’s obligatory all-black design, it’s also available in green and white or in a Rainbow Six Siege or CouRageJD theme.

Other standout features of the BlackShark V2 include its surround sound and microphone. The headset uses an external USB sound card and is powered by 50-millimeter drivers that are certified for THX Spatial Audio. Razer’s cardioid microphone is also known for its clarity, and users can tweak the settings with the Razer Synapse app to suit their needs.

The SteelSeries Arctis Pro + GameDAC goes a step further than most gaming headsets by offering hi-res audio. This means that it can play uncompressed audio files with high sampling rates without losing any sound quality. While the included digital-to-analog converter (DAC) improves sound quality, it also has an OLED screen for users to view and adjust the settings without tabbing out of their game.

Like most SteelSeries headsets, the Arctis Pro + GameDAC is very comfortable. The reason for this is the company’s trademark ski goggle fastening system that uses a velcro strap to adjust the headband to the size of the user’s head. Another nifty feature is the retractable microphone that works well for gaming and can be stored in the ear cup when listening to music.

HyperX’s Cloud II remains a popular choice among gamers many years after its introduction, thanks to its comfort and built quality. The headband is reinforced with durable aluminum yokes. Users also get soft leatherette-covered memory foam earpads for added comfort.

This headset has slightly larger drivers than most of its rivals. While most gaming headsets feature 50-millimeter drivers, the Cloud II has slightly bigger 53-millimeter versions. It also offers virtual 7.1 surround sound that toggles on and off with the in-line remote.

The Asus ROG Delta S can brighten up the room with its vivid RGB lighting. This headset stands out with its triangular ear cups and two lighting zones controlled with the Asus Aura app.

Another area where the ROG Delta S differs from the other headsets listed so far is its connectivity. It uses a USB-C connection and comes with an adapter cable to work on Windows, macOS, PlayStation 5, and Nintendo Switch.

Apart from its looks, the ROG Delta S excels in performance. It uses Master Quality Authenticated (MQA) technology to deliver hi-res audio similar to the Arctis Pro + GameDAC. MQA allows hi-res sound files to be compressed without losing any quality and is used by streaming services, like Tidal, to ensure the best sound quality for users.

Logitech G’s Pro X Wireless is designed for competitive play and offers users a stable, lag-free connection. It works on the wireless 2.4GHz frequency with a range of up to 49.22 feet and around 20 hours of battery life. The audio performance is also impressive, thanks to the DTS 7.1 surround sound and Blue Voice microphone.

For a gaming headset, the Pro X Wireless has discrete styling. It features an all-black appearance with a metal-reinforced headband. The Pro X Wireless comes with leatherette earpads in its standard form, but Logitech G includes a set of velour alternatives in the box.

Audeze’s Penrose Wireless headset uses a different driver design compared to the other headsets on this list. Instead of using the dynamic drivers found in most headsets, the Penrose Wireless has planar magnetic drivers containing a thin diaphragm with magnets on either side. This system can produce better sound quality than dynamic systems and is less prone to static and electromagnetic interference.

Another outstanding feature of the Penrose Wireless is its connectivity options. It connects a PC using a wireless 2.4GHz connection, like the Pro X Wireless. Audeze’s Penrose Wireless can also connect to mobile phones and tablets with a Bluetooth connection. Users also have the option of a 3.5-millimeter wired connection for consoles or tablets.

Corsair’s Virtuoso RGB has the best connectivity options of any headset on this list. It matches the Penrose Wireless by using a reliable 2.4GHz wireless connection as well as Bluetooth and 3.5-millimeter connectivity. Where this headset excels is in its ability to connect to a wireless device and a Bluetooth device simultaneously.

The sound quality on the Virtuoso RGB is just as impressive as its connectivity options. Like the ROG Delta S and SteelSeries Arctis Pro + GameDAC, it’s capable of hi-res audio. The detachable microphone is omnidirectional and has an LED light to indicate when it’s muted.

The SteelSeries Arctis 5 has a similar build quality to the Arctis Pro + GameDAC but comes in at a far lower price. It retains the signature SteelSeries features, including the velcro strap for adjustment and a retractable microphone despite its lower price. The oval ear cups with a thin lighting strip lining the edges are also featured on both headsets.

Razer’s Kraken X Ultralight is the most affordable way to get one of the company’s gaming headsets. This headset comes in black or white polycarbonate plastic. The eyewear-friendly earpads make it more comfortable for users with glasses, but the fixed microphone might be inconvenient for buyers who prefer detachable or retractable alternatives.

For a budget headset, the Kraken X still offers crisp sound quality. Razer’s budget headset matches the 40-millimeter drivers of the Arctis 5 and is capable of virtual 7.1 surround sound. The microphone uses a cardioid pattern, meaning it only captures sounds coming from the user’s direction.

The Cloud Stinger Core looks different from most HyperX headsets. Instead of the signature metal headband and yokes, the Cloud Stinger Core has a molded plastic design and a non-detachable swivel microphone. Since this headset uses a 3.5-millimeter connection, it’s compatible with PCs, consoles, and some mobile phones.

Like the other budget-friendly headsets listed here, the Cloud Stinger Core has 40-millimeter drivers. Where it differs is that it doesn’t offer virtual surround sound, which leaves gamers with stereo sound only. The lack of surround sound isn’t a deal-breaker considering the low price and the fact that many players prefer stereo sound.