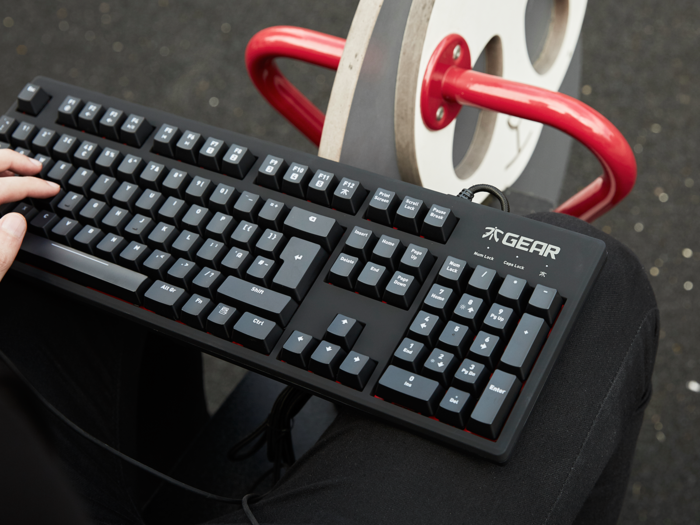 We never thought we would be typing on a keyboard made by an esports organization but, here we are.

The Rush G1 is a rehash of a keyboard (the Func KB-460) made by the company Func, which Fnatic took-over back in 2015. The aim was simple: Fnatic wanted to create high-end, affordable tech designed with professional play in mind. The Rush G1 Silent is the epitome of this idea. The technology is tested and created around its team with key players such as Martin “Rekkles” Larsson supposedly pitching in to aide in the design process.

The keyboard is minimalistic, making it more flexible to position at tournaments. For those players that like turning their keyboards on an angle in tight, confined spaces, this one is for you.

The Rush G1 Silent keyboard won’t look out of place on any desk in the office or when attending a local LAN party. It has a simple design that removes many of the features you have come to expect from mechanical keyboards over the years, such as chroma lightning and software such as Razer’s synapse, which controls the color of each individual key and allows you to set up profiles for different games.

The Rush G1 has two additional USB ports, whereas other USB keyboards don’t. This is a great extra feature to have for anyone who struggles to fit every appliance they own into their PC.

The device is fitted with CherryMX Red switches that makes the system quieter than the average mechanical keyboard. This helps with the peripheral’s goal as a multipurpose device; you aren’t going to be slamming your fingers down on keys in an office to cause distract co-workers.

The keycaps will only come in one color, red, something for an odd choice for Fnatic, whose orange has become somewhat iconic. The lights can be dimmed or brightened but lack the additional lighting options that other keyboards, such as Razer’s Blackwidow Chroma, can bring. Though lighting isn’t everything for an accessory like this, lots of gamers have become accustomed to a wide array of customization options in their keyboards.

Still, while this keyboard gets rid of all the additional features that we have come to expect with, there are plenty of other options out there if you’re looking for flash. The Rush G1 Silent does what it advertisers and, for a lot of fans, that’s enough.

Pros: The Rush G1 offers solutions to age-old LAN problems and is one of the more affordable mechanical keyboards on the market, while still offering a clean-cut performance.

Cons: It doesn’t do anything new and those looking for different customization options to make their keyboard feel more personalized will look elsewhere.