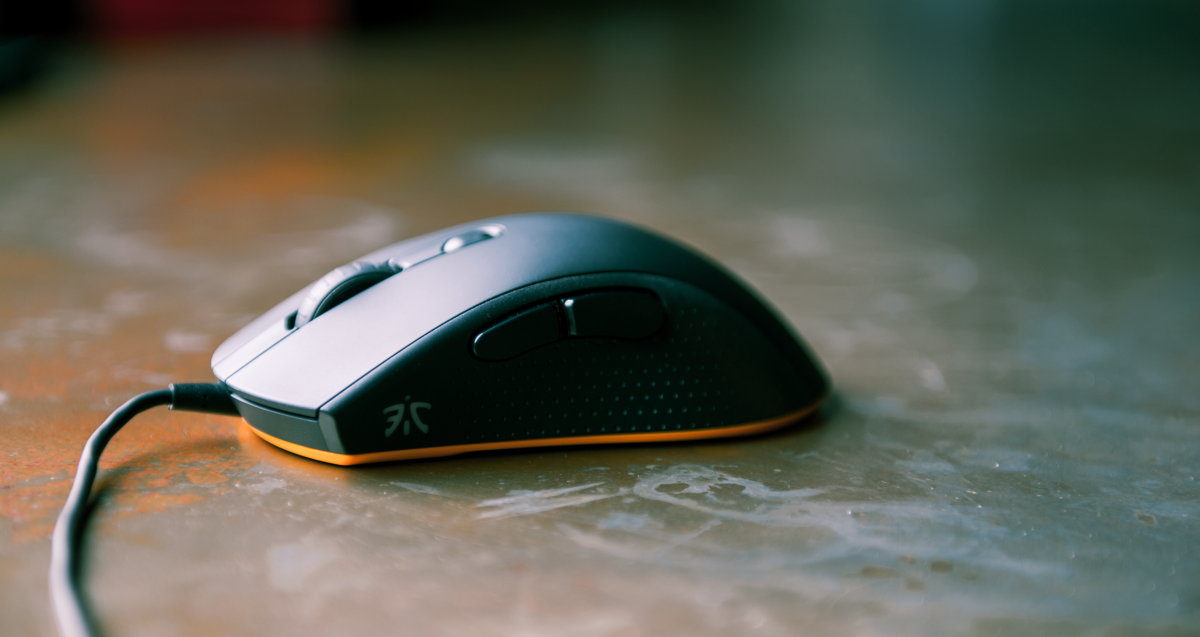 Fnatic has updated its line of gaming peripherals more than two years after the company’s debut in hardware. The Fnatic Gear 2.0 collection includes upgrades to its two mice, Fnatic Gear Clutch mouse and Flick mouse.

Both mice are similar to the older iterations, though more refined—there are noticeable differences from the original versions. The older versions are $40, whereas the upgraded iterations cost $60 a piece. Shape and size is what differentiates these mice from each other. Most of the details are the same, but the Clutch 2 has a more standard design, with a slight curve on the left side of the mouse.

The Flick 2 has a more unique design, with indents on both sides. It’s intended as a way to make the mouse “for everyone,” but the buttons on the left side make it a hard sell for lefties. There’s just no way it’s practical for players using their left-hand to click these buttons with their pinky fingers. This is less of a problem with the design and more of a problem with the mouse’s branding. It’s just not a left-handed mouse—and therefore, not “for everyone.”

That said, the shape variation is nice for those looking for something a bit different. Having two varying shapes on essentially the same mouse allows for users to find a version that works for them, which isn’t something a lot of mice offer.

Both the Flick 2 and Clutch 2 are on the larger end of the scale for mice, noticeably larger than the Razer Basilisk and DeathAdder. The mice are not heavy by any means, but its size lends itself to a heavier feel in the hand. Regardless, the plastic on the bottom is smooth and glides freely using the new Fnatic Focus 2 mousepad (or whatever mousepad you already own), which was also launched alongside the other peripherals. The big, black mat is plain aside from the white and orange Fnatic logo in the corner. The surface texture is soft but not slick, which gives a feeling of control over the mouse. Most impressively, the non-slip gripped bottom keeps the mousepad firmly in place. It’s really hard to move this thing. It won’t go anywhere while gaming.

As for the mice’s customizability, all of the buttons are remappable using the new Fnatic OP software. The software is new, so there are some slight issues with usability, but we expect Fnatic to continue iterating and improving its performance. The buttons on the mice are of good quality, and each click feels responsive. While gaming, though, we felt a slight delay in the left- and right-button clicks. It was miniscule, but enough to notice. Outside of that issue, performance is good. The scroll wheel is easily one of our favorites, with the resistance perfectly tuned for browsing the web and in-game use. Right below the scroll wheel is a small button programmed to control DPI settings. Out of the box, these are tuned to 400 DPI, 800 DPI, and 1,000 DPI. You’re likely going to want to reprogram them to suit your preferences (DPI settings go up to 12,000). Three profiles, as programmed, can be added to the mouse.

RGB is the thing for gaming peripherals, but the Fnatic mouse really doesn’t need the extra color options. Fnatic could have kept the lighting in line with the mouse’s overall design—there’s a pop of orange right around the base of the mice and their USB ports, and orange lighting just works better. There are two other Fnatic logos on the mouse, one on the base of the hand rest and the mice’s names on the right side.

Using the OP software, Flick 2 and Clutch 2 users can adjust lift-off distance and polling rate, too. The optical sensor is just really good—one of the best available. No complaints here on that; it’s nice to have a quality sensor with easily adjustable options. The sensor allows for increased accuracy and precision with movements.

Pros: Both the Clutch 2 and the Flick 2 are big upgrades over the previous versions. They use quality sensors and keep important customizability.

Cons: It’s a $20 price jump over the last version of the mice. The design could be improved, and the mouse “for everyone” isn’t really designed as such. Those looking for a left-handed option will want to look elsewhere.

Price: $60 on the Fnatic Gear Shop