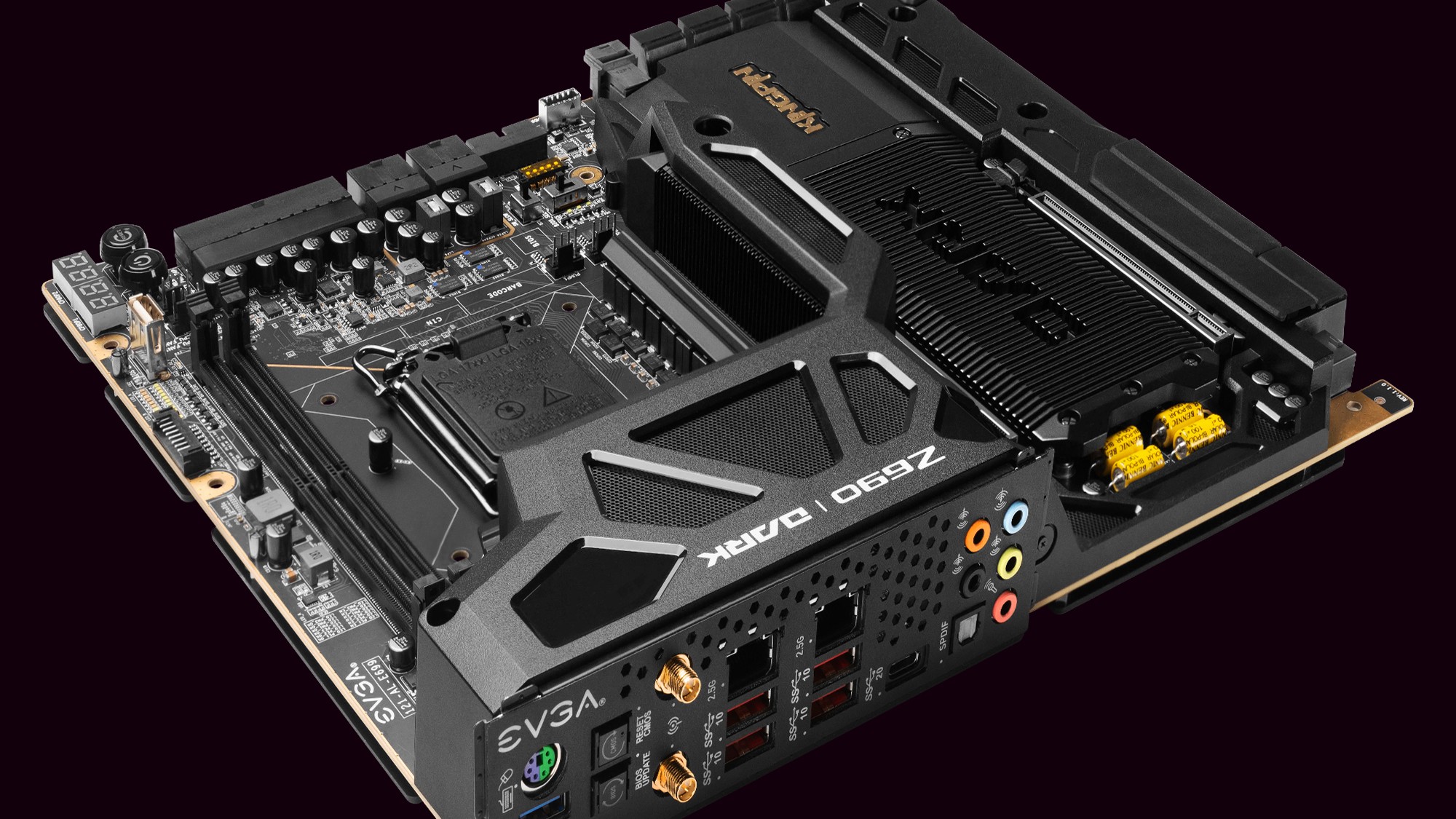 This E-ATX motherboard is designed in conjunction with famous overlocker Vince ‘K|NGP|N’ Lucido, known for squeezing every drop of performance out of his gaming equipment. It has a 21-phase VRM to handle Intel’s best and comes with a range of overclocking features like a slow mode switch, a multi-function Post Indicator to diagnose faults, and built-in Power and Reset buttons.

One of the biggest differences between the Z690 Dark K|NGP|N Edition’s design and other similar alternatives is the unorthodox positioning of its LGA 1700 socket that’s rotated 90 degrees sideways to get optimal air cooling from the dual-fans on the heatsink.

Speed is everything when it comes to gaming, and the Z690 Dark K|NGP|N Edition supports all the latest standards. It’s Wi-Fi 6E compatible with the fastest network speeds and has a pair of DD5 slots able to handle up to 64GB of RAM at 6,600Mhz. There are also two PCIe 5.0 slots with metal reinforcing to prevent GPU sag or motherboard damage, and three Gen4 M.2 slots for NVMe SSDs.

Many buyers prefer a custom build, and there are ample headers to install AIO coolers and other hardware. The Z690 Dark K|NGP|N Edition includes a pair of ARGB and RGB headers, two pump headers, two for the CPU fan, and four for the cooling fans.

There’s also an abundance of ports so users can easily connect devices like external hard drives and mice and keyboards. USB ports include six 3.2 Type-A ports and a single Type-C port. The Intel I225-V LAN port is ideal for a high-speed cable connection with a 2.5 Gbps top speed.

The Z690 Dark K|NGP|N Edition is currently on sale for a whopping $830 on the EVGA website and it’s limited to one purchase per household.