While each console offers an insane amount of value when it comes to the hardware they include for their price, it’d mean nothing without a decent set of exclusive games. Both Xbox and PlayStation work tirelessly to shake hands with the best developers worldwide to provide a unique experience for their players.

In addition to the exclusives, it’s also important to offer a certain level of value to the players with a type of content that keeps them returning for more. Xbox Live Gold and Xbox Game Pass have been the answer to this problem for Microsoft and the subscription system has been quite successful. It provided access to online servers and unlimited access to Xbox’s wide-selected game library as long as you’re a paying user.

The company launched a new product from a different perspective in 2019, however. Xbox Game Pass Ultimate merged the three subscription models of Microsoft into one. The Ultimate Pass offers two types of Game Passes at the same time, for both PC and console, and throws a Gold membership into the mix.

This means with an Xbox Game Pass Ultimate subscription, your game library will also start covering your PC and you’ll be able to game on two different machines. This is especially useful for gamers who switch between their consoles and PCs over the course of a day.

How much is the Xbox Game Pass Ultimate? 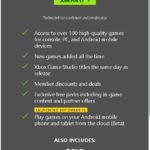 Xbox Game Pass Ultimate currently costs $14.99. Like the regular Game Pass for PC, the first month of the Ultimate Pass will cost only $1, making it too good of a deal to pass.

Xbox Live Gold membership currently retails for $9.99 on Microsoft’s website and the two Game Passes also go for the same price. This means that if you were to buy all of them separately, you would need to shell out almost $30. The Ultimate Pass halves the price and makes it more convenient to get the most out of your money by including everything in a single membership.

EA Play is a membership offered by EA that grants players access to all of its titles. It costs $4.99 a month to get into EA Play, or $2.49 if you buy it annually. Regardless of which type of membership you decide on, this inclusion also increases the Xbox Game Pass Ultimate’s total value, which strengthens Microsoft’s hand against Sony.