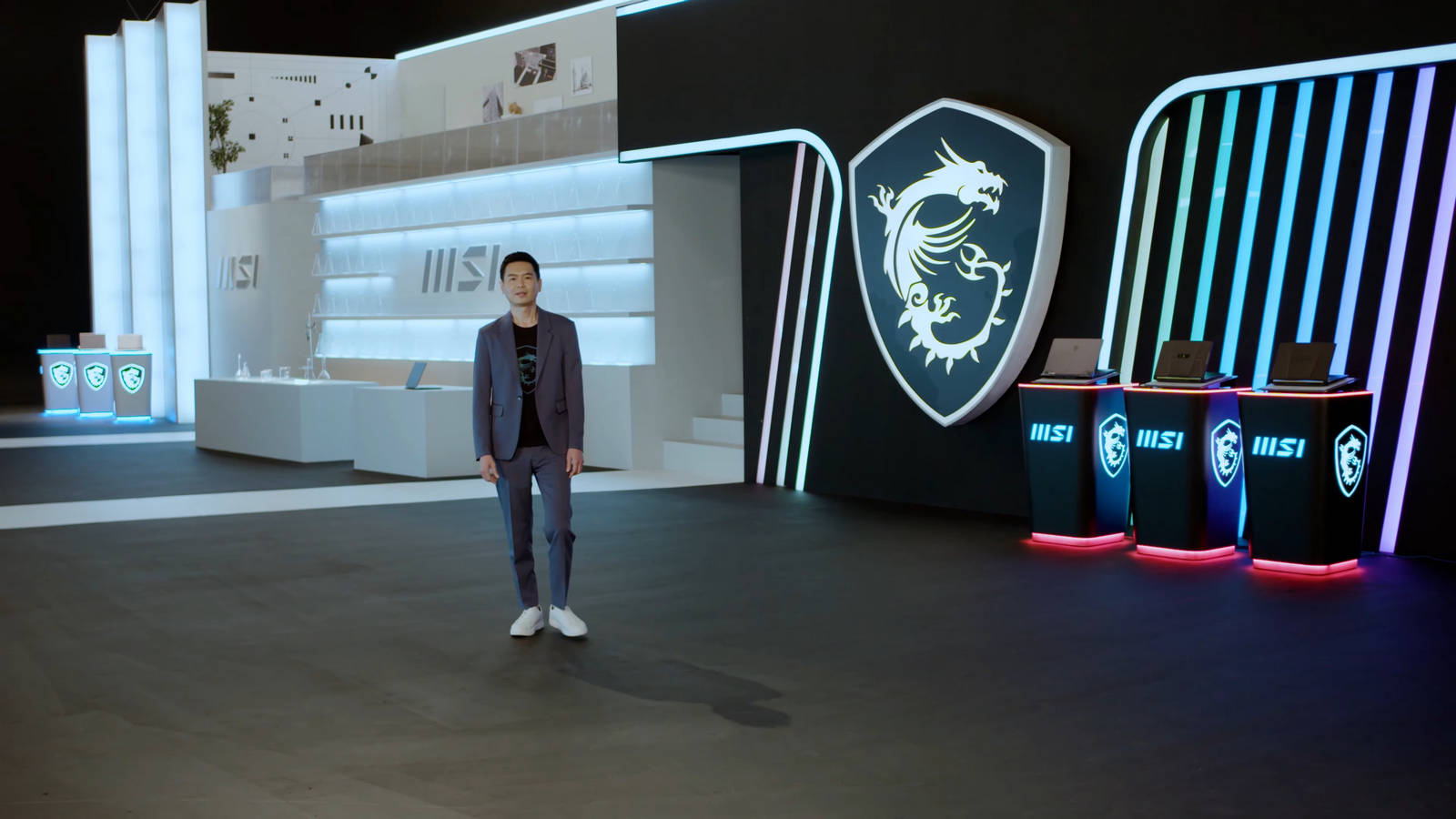 Much like ASUS’s ROG gaming line, updating its laptops with the latest AMD and Intel hardware was a primary focus for MSI. The Taiwanese manufacturer also had a few other tricks up its sleeve, including a special tie-in with Rainbow Six: Extraction and a “phase-changing” thermal pad.

Available only for MSI’s laptops with i9 CPUs, the phase-change liquid metal pad melts once the laptop CPU exceeds 58C / 137F. Once that happens, the previously-solid pad will fill the space between the thermal block and CPU, improving the transfer of heating and increasing cooling performance by up to 10 percent.

Made of tin, indium and bismuth, MSI argues the pad is easy to remove, and doesn’t suffer from leakage or crystallization like some mainstream metal paste.

Like many other brands, 2022 is the year where mini-LED and micro-LED start to find their way into the PC market. MSI’s first crack at the technology is the MEG 271Q, a 27-inch 1440p screen with a staggering 300Hz refresh rate, DisplayHDR 1000 support and 500 local dimming zones.

Still, the combination of the 1440p resolution and 300Hz refresh rate — with no risk of burn-in — is an attractive proposition. MSI’s page says the screen will also be Nvidia Reflex-capable, with 1ms grey-to-grey response time and 97 percent coverage of the DCI-P3 color space for content creation.

No price was announced at the time of release, but considering the shortage of all consumer technology, and the rarity of mini-LED screens in the PC market, don’t expect the MEG 271Q to be cheap. (Competition might keep the price in check though, as other manufacturers have also announced 1440p/300Hz mini-LED screens this week, like AOC’s AG274QGM.)

The MSI Stealth laptops have been some of the company’s most popular, cramming top-end gaming hardware into increasingly thinner frames.

Both updated laptops will also ship with enlarged glass touchpads, and the latest generation of Nvidia’s mobile-focused Max-Q optimizations.

The Raider GE line sacrifices some portability for more power. This year’s edition can use 220 watts of power, pushing the most possible performance through the 12th-gen i9 mobile CPUs, Nvidia’s RTX 3080 Ti GPU, and MSI’s own OverBoost technology. The i9 editions of the Raider will also have MSI’s new phase-changing liquid cooling.

Both laptops are branded as “metaverse” ready, and they ship with 1080p/360Hz models. The GP66 has a version available with a 1080p/144Hz screen — although it comes with the slightly weaker i7-12700H processor.

Pricing for that model will start from $1999, with a mouse pad, gaming mouse and copy of Rainbow Six: Extraction included.

MSI’s Creator laptops got upgraded, too

MSI’s Creator line is their crack at making laptops to appeal to the content creator crowd: laptops with enough power for 3D rendering, video editing and artists, but with screens that are better color calibrated than what regular gamers would typically need.

Given MSI’s product line also includes graphics cards, cases, desktop PCs, motherboards, keyboards, audio gear and other peripherals, it’s natural that their CES keynote didn’t feature everything. Here’s the highlights from some of MSI’s other new products for 2022: