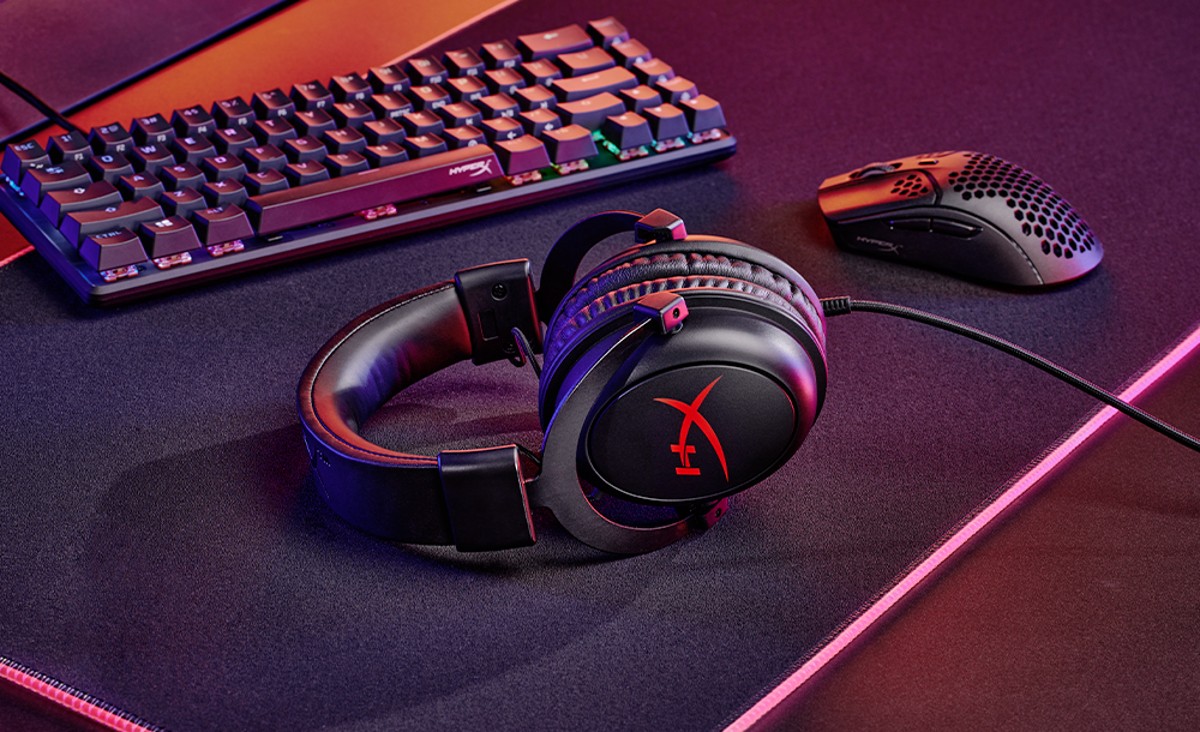 This year marks HyperX’s first appearance at CES since HP was acquired the firm from Kingston. Despite the change of ownership, it’s business as usual, and HyperX has six new products in four categories being unveiled for 2022.

HyperX’s Cloud Alpha range is known for its durability and sound quality, but so far, there are only wired options available. This year the company is finally releasing the Cloud Alpha Wireless with the same features but without the cable.

The new Cloud Alpha Wireless has all the features of its wired siblings, including the aluminum frame and detachable microphone. Where it differs is its 2.4GHz wireless capability and an built-in battery.

Compared to most gaming headsets, the Cloud Alpha Wireless has an impressive 300-hour battery life. HyperX claims it’s the best in its class, and it’s easy to see why when alternatives like the Logitech G Pro X Wireless lasts for around 20 hours and the Razer Blackshark V2 Pro lasts around 24 hours.

The Cloud II has a similar build quality to the Alpha with an aluminum frame and subtle design. Until now, it was only available in black, and buyers looking for a brighter color had to look elsewhere.

A couple of years ago, HyperX released the pink colorway as a limited edition, and customers have been clamoring for more. HyperX listened to their customers’ demands, and the Cloud II will now be available in a pink and white colorway with the exact specs and performance as the black model.

HyperX’s Cloud Core is also getting a minor refresh for 2022. The old model is a more affordable alternative to the Cloud Alpha and Cloud II with similar construction but no inline controls.

The refreshed Cloud Core will include DTS spatial audio instead of the virtual 7.1 surround sound offered by the outgoing model. Virtual 7.1 surround sound gives users the illusion of multiple speakers and sound from the left and right sides. Spatial audio goes one better and emulates sound from all around the listener including above and below the listener.

The HyperX Cloud Core also has a February 2022 release date and will cost around $69.99.

The new Clutch is HyperX’s first-ever controller, and it’s made for PC and Android users. It has an all-black look with textured grips to get a firm hold. There’s no denying the Clutch’s resemblance to an Xbox controller as it has a similar shape and button orientation. It improves on Xbox controller by having a built-in rechargeable battery instead of removable AA alternatives.

One of the standout features of the Clutch is its multiplatform capabilities. It connects to a PC with a 2.4 GHz wireless dongle and Android devices via Bluetooth. HyperX includes an adjustable clip to attach a mobile phone to the Clutch, turning it into a handheld gaming device.

The Clutch has an expected launch date of March 2022 and will be priced around $49.99

The Pulsefire Haste is HyperX’s ultralight mouse weighing just 59 grams, partly due to its honeycomb design. For 2022, HyperX is releasing the wireless version of the Pulsefire Haste dropping in at 62 grams despite having a built-in battery.

HyperX focused on having the longest battery life possible on the Pulsefire Haste Wireless, and it’s expected to last around 100 hours. The honeycomb design doesn’t affect its durability, and this mouse has an IP55 rating protecting it from moisture and dust.

The Pulsefire Haste Wireless has a launch date of February 2022 and a price tag of $79.99.

While the Alloy Origins 65 Keyboard is small, it’s still tough, thanks to its aircraft-grade aluminum frame. It also comes with thick PBT keycaps, and buyers can choose between HyperX’s red or aqua mechanical switches. As a bonus, HyperX includes extra laser-etched escape and spacebar keycaps to brighten things up.