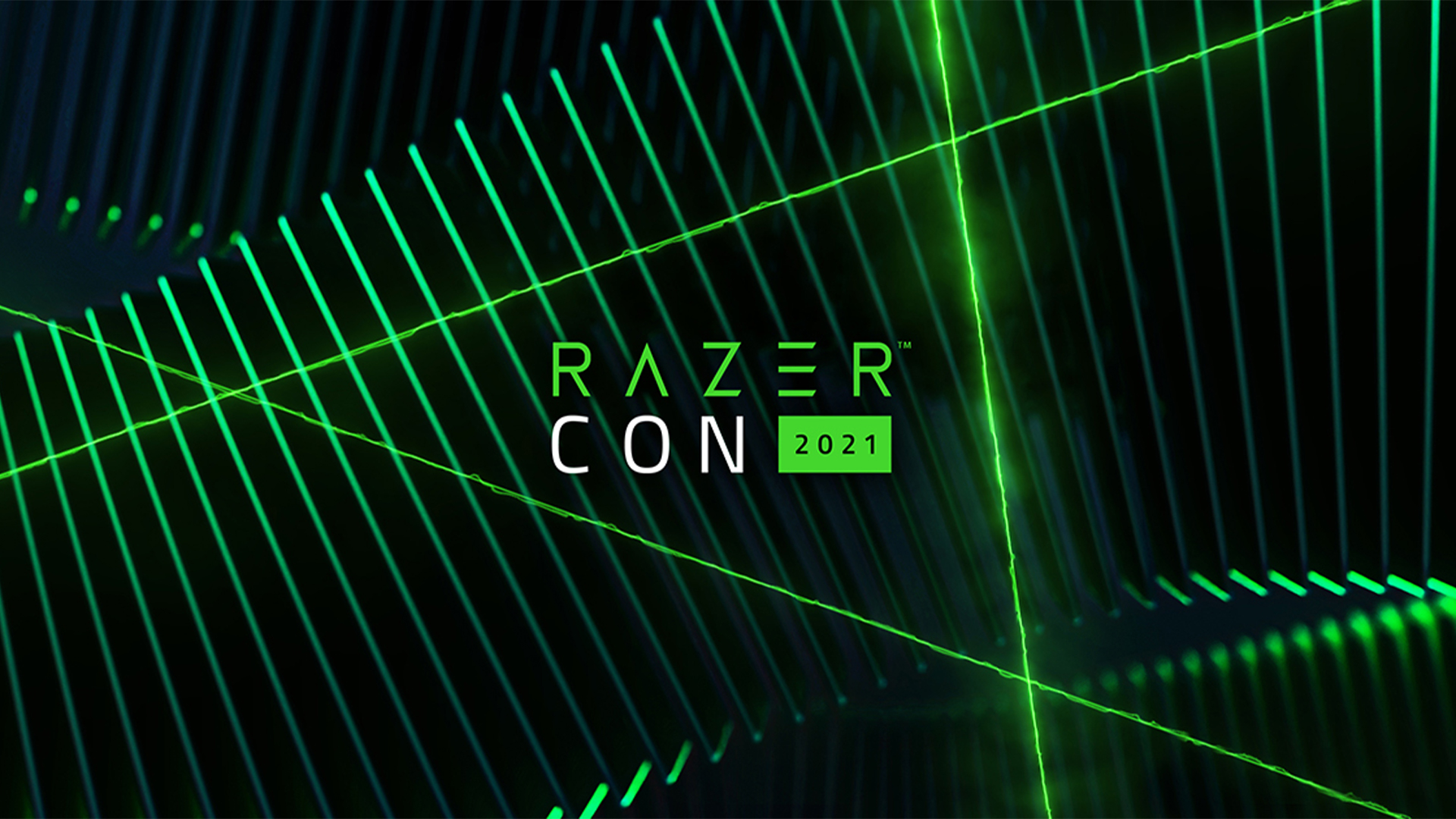 The first RazerCon was home to all of Razer’s most significant announcements, and that remains true with RazerCon 2021. The company unveiled a swath of new and updated versions of existing product lines, in addition to all-new PC hardware. Here is everything announced at RazerCon 2021.

For the first time in the company’s history, Razer is making PC components for desktop computers. Almost all of the components come marked with Razer’s signature logo and Chroma RGB that is customizable through Razer Synapse software.

Razer Hanbo is an all-in-one (AIO) liquid cooler. Clad in RGBs, Hanbo features an adjustable pump cap for different orientations and comes with either a 240-millimeter or 360-millimeter radiator. Razer did not announce prices for Hanbo yet, but it will be available in November 2021.

Razer Kunai are new case fans joining the Chroma ecosystem. Razer claims its fans increase airflow inside the case more than its competition and are also quieter by up to 21 percent. Kunai fans connect through either daisy-chaining or a fan controller. Each fan will cost $44.99 and is available now.

Controlling the Razer Kunai is Razer’s pulse width modulation (PWM) fan controller. PWM can control up to eight fans in the PC. Through Synapse, this fan controller can adjust fan curves for optimal thermal performance.

Unlike the other announced desktop components, PWM is the only product without any RGBs attached. It is available now for $49.99.

Powering all of the new hardware is the Razer Katana, a Platinum and Titanium-rated power supply unit (PSU) line. Ratings for power supplies come in Bronze, Silver, Gold, Platinum, and Titanium—Bronze being the least efficient and Titanium the most efficient.

Razer is pushing the Platinum rating to move the industry away from Bronze-rated PSUs and more toward Gold or Platinum. The push for more efficiency is a part of its new sustainability initiative to reduce its impact on the planet.

Katana comes with a Chroma RGB, zero RPM fan. Zero RPM means that the fans in the power supply will not spin under low to medium load situations. This feature cuts the noise down to near-silent levels in PSUs with it enabled.

Cheapest among the three options, the Kraken V3 comes with THX spatial audio, Razer’s TriForce Titanium 50-millimeter drivers, and signature Chroma RGB. A detachable HyperClear microphone is included with the headset too. Sound profiles are the same across all three headsets, though the Kraken V3 does not have HyperSense haptics or wireless capabilities.

The Kraken V3 HyperSense has all of the features of the base headset but comes with the HyperSense haptics of the Razer Nari. Like the PS5’s DualSense, the HyperSense uses advanced haptic feedback to deliver a more immersive gaming experience.

The Kraken V3 HyperSense can reproduce stereo sound for positional accuracy with the haptics, like hearing an enemy sniper’s location. Spatial audio further can enhance this soundscape. Users can adjust the level of haptics right on the headset using four settings: off, low, medium, and high.

Like the base Kraken V3, the HyperSense is a wired headset. Kraken V3 Hypersense is available now for $129.99.

Kraken V3 Pro is the only headset in the Kraken V3 line with wireless capability. It is also the most feature-packed of the three.

The V3 Pro incorporates all of the features of the lower-priced options. However, unlike the other two headsets, it has a super-cardioid mic in line with its recently updated Seiren microphones. For charging, the headset will use a USB-C charging port.

Kraken V3 Pro is the only headset of the three that is not launching today. It will be available, however, later this year for $199.99.

Earlier this year, Razer introduced the Razer Book laptop.  The company announced that a pink Quartz color variant for the ultrabook would be joining its lineup starting today. Razer Book Quartz will be available in both touch and non-touch versions and comes with Windows 11 preloaded. It will have either 256GB, 512GB, or one TB of storage for the $999, $1,499 and $1,799 configurations respectively.

Joining the Razer Iskur gaming chair line is the Razer Enki. Enki is Razer’s solution to an all-day gaming chair, emphasizing comfort for people who enjoy sitting in multiple orientations.

Taking a small step away from the racecar design of most gaming chairs on the market, the Enki features a wider 110-degree shoulder arch than the Iskur series. The seat of the chair is also wider at 21 inches.

Razer Enki uses different levels of foam hardness to help disperse the user’s weight evenly. The company went through rigorous testing to get the most comfortable chair possible for gamers of all types.

Other features of the Enki are a built-in lumbar arch, adjustable 4D armrests, a 152-degree recline with reactive seat tilt, and a memory foam headrest. Razer Enki is available now for $399. A lower-priced Razer Enki X is also available for $299, which replaces the 4D armrests with less adjustable 2D armrests and removes the headrest and reactive tilt.

Launching today is the Razer Zephyr facemask. Zephyr uses sustainable disposable N95s that filter up to 99 percent of air particles and can last up to three days with standard use. The mask regulates air through three chambers with the two large chambers housing the fans.

Like the many other products announced at RazerCon 2021, customizable Chroma RGB on the interior and exterior adorns the Zephyr. The interior lights help to brighten the wearer’s face so that others can see their lips and facial expressions. Turning off the lights and lowering the fan speed allows the mask to stay powered for up to eight hours.

Zephyr is available for $99.99 with nine filters—three for each air chamber. Users can purchase an additional 10 filters for $29.99. Razer is also selling a Zephyr Starter Pack for $149.99 that comes with the Zephyr mask and 33 sets of filters for 99 days of use.