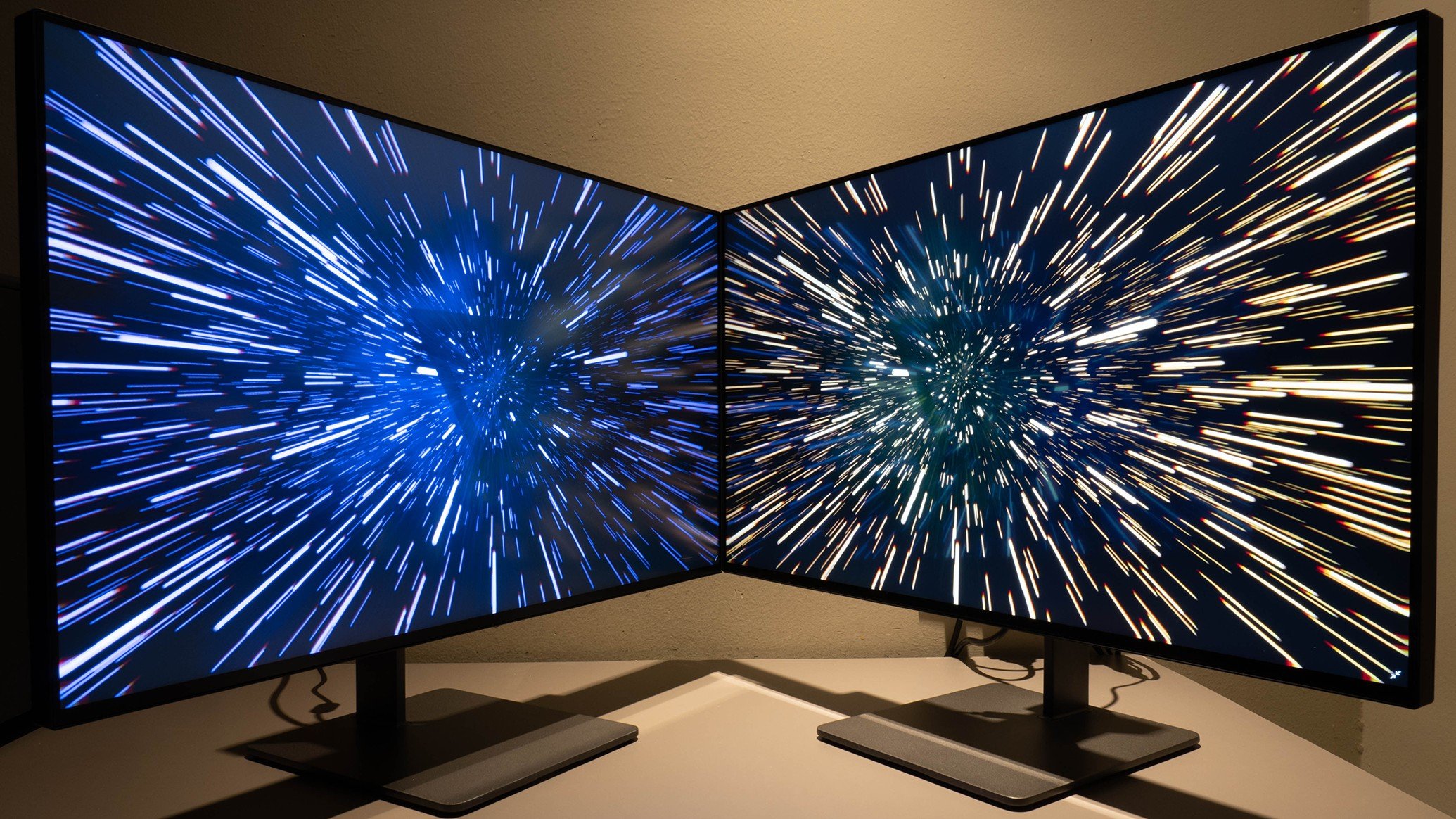 After impressing with the performance of its first crowdfunded Spectrum monitor, Eve’s followed up by showing off a prototype of the world’s first glossy gaming monitor.

Current gaming monitors have a matte finish to minimize reflections, and the new glossy panel from Eve will mimic the polished look of mobile phones and tablets.

“Our partner LG Display has reached out to us about glossy polarizers. They have now provided us with samples for testing,” EVE posted on its community forums. “This screen boasts an anti-reflection layer that reduces the reflection rate to two percent (down from the six percent of our existing panel). 25 percent haze counteracts glare by taking care of remaining highlights. And as a welcome side-effect, contrast ratio measurements improved by eight percent,” EVE added.

Eve is no stranger to doing things a little differently and taking big risks. Its first project, the 2-in-1 Eve V, was a disaster, with many buyers not getting their product and some struggling to get refunded. The company also faced a lot of skepticism due to the repeated delays of its EVE Spectrum monitors, which gave other manufacturers time to beat EVE to the punch with 4K, 144Hz, HDMI 2.1 capable monitors.

But with Eve announcing the existence of the glossy display from their supplier, it’s likely we’ll see other manufacturers offer similar screens from 2022 and beyond. If Eve’s claims about “blacks being noticeably darker” hold true, it wouldn’t be a surprise to see all major monitor makers shift towards glossy panels once they become widely available.