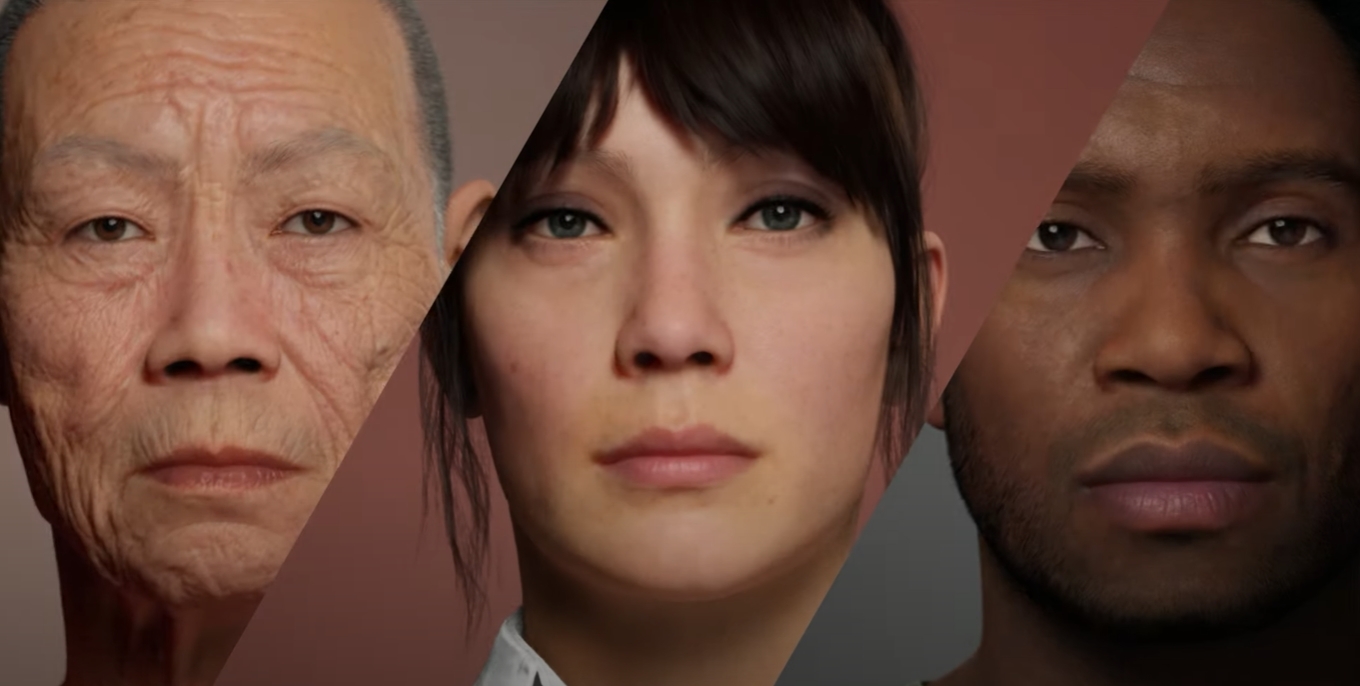 Epic Games has just revealed a new software development tool that is powered by the Unreal Engine, and this technology is set to help users create highly-realistic human faces easily.

The MetaHuman Creator is a cloud-streamed, browser-based app and the sneak peek Epic released shows just how effective the tool could be in crafting and manipulating the facial features of digital humans.

Within the software, you will be able to directly manipulate and fine-tune even the smallest of facial features, adjust skin complexion, select from preset body types, hairstyles, clothing, and more. The goal is to give creators the ability to create models at “an unprecedented standard of quality, fidelity, and realism” in a way that could cut down the time spent on those models from weeks or months to “less than an hour.”

Epic has been proactive in the animation and development space over the last few years, acquiring performance capture-driven 4D animation leaders 3Lateral and Cubic Motion, which directly led to MetaHuman Creator’s upcoming release.

“Up until now one of the most arduous tasks in 3D content creation has been constructing truly convincing digital humans,” Epic VP of digital human technology Vladimir Mastilovic said. “ Even the most experienced artists require significant amounts of time, effort, and equipment, just for one character. After decades of research and development, and thanks to bringing companies like 3Lateral, Cubic Motion, and Quixel into the Epic family, that barrier is being erased through Unreal Engine, and we’re thrilled to introduce MetaHuman Creator.”

After creating a character model in the MetaHuman Creator, users can download the asset via the management tool Quixel Bridge, fully rigged and ready for animation and motion capture in Unreal Engine. Additionally, any animations created for one MetaHuman will run on other MetaHumans “enabling users to easily reuse a single performance across multiple Unreal Engine characters or projects.”

The MetaHuman Creator will release as part of an Early Access program within the next few months, and you can learn more on the official Unreal Engine website.