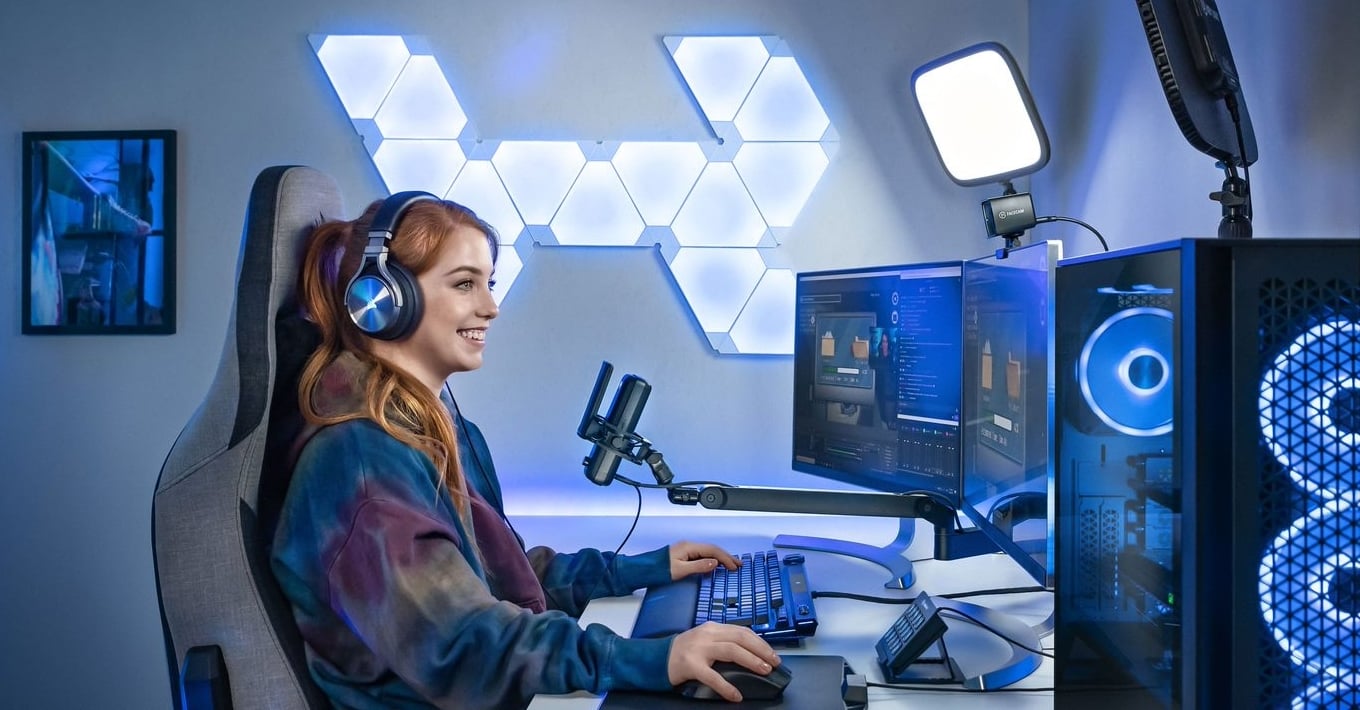 Elgato is one of the biggest names in hardware and software for content creators, and its 2021 lineup of new releases aims to keep up with that standard.

During its most recent livestream, the company revealed a new webcam, an audio interface for non-Elgato XLR microphones, a mic arm, and more.

The webcam, called the Elgato Facecam, is meant to provide a premium option to creators who might not have access to DSLR cameras but still want to improve their video quality. It’s a 1080p HD webcam that can capture footage in 60 FPS, with a Sony Starvis CMOS sensor built-in.

Elgato created Facecam as a way to provide creators with a camera that can function in a variety of lighting conditions while being more adjustable and running at a higher quality than other webcams on the market. Though the $200 price tag does match the premium prices the company tends to operate with, it doesn’t have a microphone, according to The Verge, which means it won’t be an option for everyone.

Next, Elgato also announced it’s expanding upon its Wave Link software that was previously only available when using the company’s Wave microphones.

Wave XLR is a new audio interface that lets creators use their own XLR microphones and provides them with the Wave’s silent capacitive mute button and a multifunctional control dial, all on a box that’s the same size as a Stream Deck for $159.99.

Further expanding on the Wave audio gear and accessories, the Wave Mic Arm and Wave Mic Arm LP will give creators another option to choose from when looking for a boom arm. Both mic arms prominently feature hidden cable channels with removable covers and cost $99.99 each, depending on if you want a traditional or all-metal frame with slightly different designs.

The final big reveal was a new version of the Stream Deck that focuses on adding detachable faceplates to provide users with even more customization options. It also added small updates, like a new fixed-angle desktop stand and a removable USB-C cable for the same cost as the original Stream Deck at $149.99.

Elgato also announced new mounts, including a wall mount, a Light Strip extension, and a digital studio configuration tool that lets users design their dream setups from their browser. You can view more about the products on the official Elgato website.