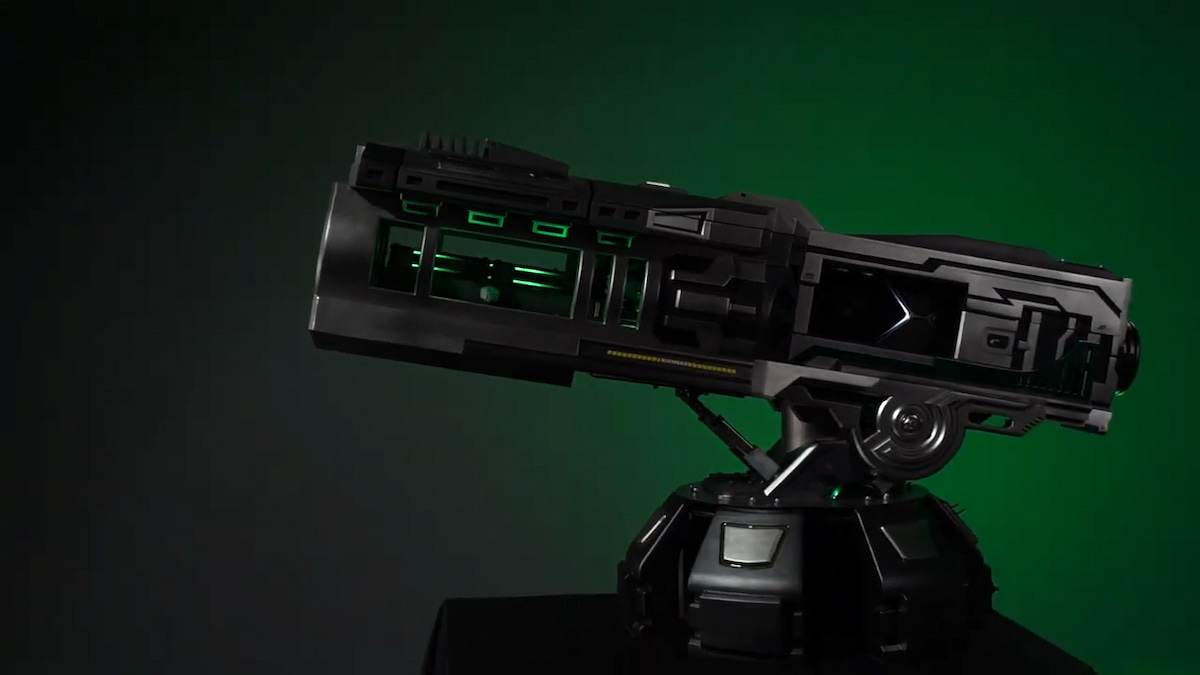 If you’ve ever played a Doom game then you’ve likely encountered the BFG. One of the most iconic guns in the franchise, the BFG has been in every Doom game to date and has been referenced by countless other games.

In a recent episode of NVIDIA’s YouTube series GeForce Garage, the hosts highlighted a stunning BFG 10000 custom PC build out of Mark’s Fabrication in Taiwan.

Mark’s most recent case is modeled after the BFG10000 from Doom Eternal, and it takes things to the next level with built-in laser effects and even hydraulics that lift the turret. Under the hood, the BFG10000 has an RTX 3080, Intel i7-10700K, ASRock Z490 motherboard, and 16GB of RAM. At the end of the turret’s barrels are two case fans, making ingenious use of the natural design shape to form a part of the cooling system. In the video, Mark states that if he had time to further improve the design he would focus on perfecting the lighting effects and lift system.

Mark has a video with more close-ups of this case mod on his own YouTube channel found below.