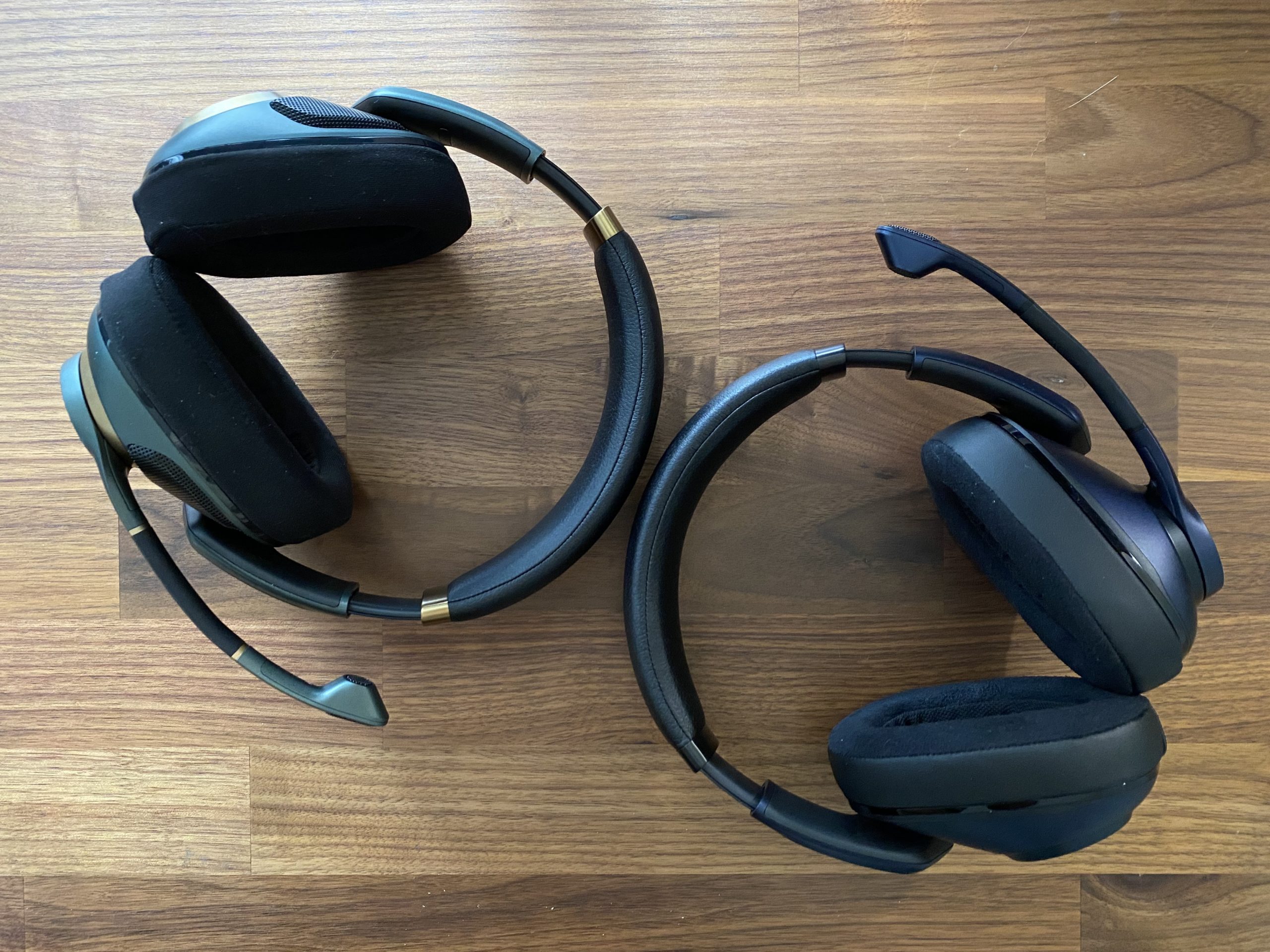 EPOS is set on blazing a trail following its 2020 split from Sennheiser. With unique designs and high-performance gear like the B20 microphone, the company looks keen on maintaining a premium image to go along with its performance-driven products. The brand’s newest headset release falls right in step with the EPOS catalog.

The H6Pro headset line features two distinct designs with different use cases. While choosing between open-back or closed-back headphones is largely contingent upon preference, the H6Pro Closed and H6Pro Open showcase both iterations’ merits but the latter doesn’t quite stick the landing. 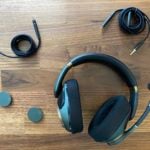 Boasting both open and closed-back configurations, the H6Pro presents players with two drastically different options. The H6Pro Closed features passive noise isolation and keeps the player tucked snugly into the soundstage. EPOS’ H6Pro Open widens the sound stage and allows players to keep track of what’s going on around their physical surroundings by letting more sound in while simultaneously granting them access to natural sidetone.

The speaker system and much-improved microphone powering both versions of the H6Pro are identical. Inside, users will find 42-millimeter drivers and a bidirectional mic. A main complaint about the GSP 602 was that its bulky design was accentuated by an equally bulky microphone. This time around, instead of merely using a flip-to-mute mic boom arm, EPOS includes the detachable magnetic mic boom arm seen on the H3 Hybrid.

The GSP 602 is practically synonymous with bulk. These iconic and chunky headsets are still some of the first that come to mind when thinking about EPOS or its past with Sennheiser. In stepping away from that image and providing players with something new, EPOS slimmed down the H6Pro in many respects.

For starters, the H6Pro headsets are about three ounces lighter than the GSP 602 models. Coming in at 11 ounces also puts the H6Pro roughly 5.5 ounces under the SteelSeries Arctis Pro, which is already a fairly comfortable headset considering its weigh-in. The lighter weight and thicker memory foam headband help prevent fatigue over long gaming or listening sessions much better than the GSP 602 headset. 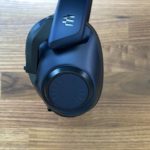 Also adding to the comfort is the returning two-axis ear cup design. Few headsets offer the level of adjustability as the H6Pro headsets, and that’s thanks to the two-axis ear cups. With this feature, the ear cups adjust to the angle of the user’s head better than most headsets. The one pitfall to this design is that it can cause discomfort near the jaw since it may sit at a sharper angle and apply more pressure over time. This is likely a case-by-case scenario, though.

A major difference in the H6Pro versions is in their earpads and seals. The closed-back iteration of the H6Pro features similar earpads to the H3 headsets. They’re made of leatherette and suede-like material, feature memory foam, and add to the passive noise isolation of the closed-back design. On the other hand, the open-back H6Pro features a more breathable cloth option to promote airflow and let in more sound from the environment.

Both types of earpads carry out their functions well and feature a similar level of comfort. Despite using different materials, both earpads are comfortable for long periods and aren’t too quick to heat up. The closed-back earpads do get warmer over time, thanks to their lack of breathability. While the open-back earpads don’t get warm as quickly or severely, there is still the expected bit of warmth after extended gaming sessions.

One returning issue from the H3 is the shape of the earpads. EPOS uses an ear-shaped opening on its earpads that can alienate some users. Because the shape is much narrower than a standard pair of earpads, users with slightly larger ears may have an issue with the H6Pro. Having a smaller opening may not affect everyone, but it seems odd to continue to gamble on making earpads that can narrow the audience based on size alone, even if it’s in the name of audio.

The H6Pro Open provides relatively strange open-back performance. Many of the positive attributes can also be seen as negatives, depending on what type of games you play. For instance, this might not be the best for competitive players who are unfamiliar with open-back headsets. On the other hand, the H6Pro Opens provide a phenomenal cinematic sound.

This headset boasts surprisingly thunderous bass that informs half of the trouble. At times, the bass can be completely overwhelming, so much so that practically all directional audio cues go out the window in a chaotic game like Overwatch. The bass is distractingly powerful for an open-back headset and is better suited to non-competitive gamers.

Aside from bass, the sound stage is also of concern depending on personal preference. If you’re accustomed to something as wide and breathy as the Phillips SHP9500s, the H6Pro Open won’t be as rough of a transition. But if you’re used to something like the Massdrop x Sennheiser HD 58X Jubilees that features a slightly closer sound, the H6Pro Opens are going to be a significant departure.

At times, the wider soundstage felt untrustworthy in titles like Rainbow Six Siege. Enemies sounded much farther away than they actually were and finding the right moment to peak or push felt like more of a gamble than usual. It didn’t completely ruin the experience, but being very familiar with open-back headphones and feeling this lost might be an indicator that these aren’t the best for competitive play.

In stark contrast to the H6Pro Open, the closed-back iteration feels more on par with EPOS’ usual sound. This comes at the sacrifice of breathing room, with the soundstage shrinking a considerable amount compared to the over-extended sound of the H6Pro Open.

Surprisingly, the bass on the H6Pro Closed isn’t as all-consuming as the H6Pro Open. Bass still comes through in a thunderously powerful manner but doesn’t swallow the entire stage. Instead, the H6Pro Closed feels powerfully balanced when Soldier 76’s Helix Rockets connect in Overwatch. There’s never a trade-off between bass, mids, and highs, even when you’re getting smacked around by a wild card Reinhardt while desperately firing into the aether.

Stepping away from bass, the sound stage here is expectedly tight but not suffocating. Dialogue feels up close and personal in narrative titles, while enemy footsteps in Rainbow Six Siege sound appropriately positioned. The experience is more reliable in general. Closed-back headphones and headsets aren’t the preferred option for our reviewer, but the H6Pro Closed headset is easily the more trustworthy competitive option based on its balance and accuracy.

Taking it up an octave

One of the few disappointing aspects of the H6Pro is its bidirectional microphone. While it doesn’t sound quite as scratchy as the H3’s, it can cause the user’s voice to sound noticeably higher. This aspect of the microphone was criticized several times during testing by people familiar with our reviewer’s voice without mentioning the new mic previously.

A change in pitch isn’t a deal-breaker, but without any additional software to correct that disparity, players will be stuck with the base sound.

Putting mic quality aside, the detachable magnetic function of the mic is easily one of the best aspects of the H6Pro. While the GSP 602 and H3 performed well enough, they both lacked a detachable mic. Few premium gaming headsets omit a detachable mic in 2021 and EPOS was behind the pack until recently. EPOS may not have given users the most practical detachable mic since it requires additional material like the included covers, but at least users can take this headset on the go without worry about a chunky monstrosity sitting atop their head.

EPOS presents players with two unique options under the same name. For fans of open-back audio solutions and more casual gaming, the H6Pro Open presents a bass-heavy option that can add depth to more cinematic experiences. Looking at players who prefer closed-back alternatives or competitive gaming, the H6Pro Closed offers a much more balanced and trustworthy experience.

Performance aside, both headsets are relatively expensive. While the slim look and detachable microphone are nice touches, they feel a little like playing catch-up. Despite being late to the party, EPOS’ H6Pro is a convincing upgrade over the tried-and-true GSP 602 headset. Interested players will just need to make peace with the moderately large investment.