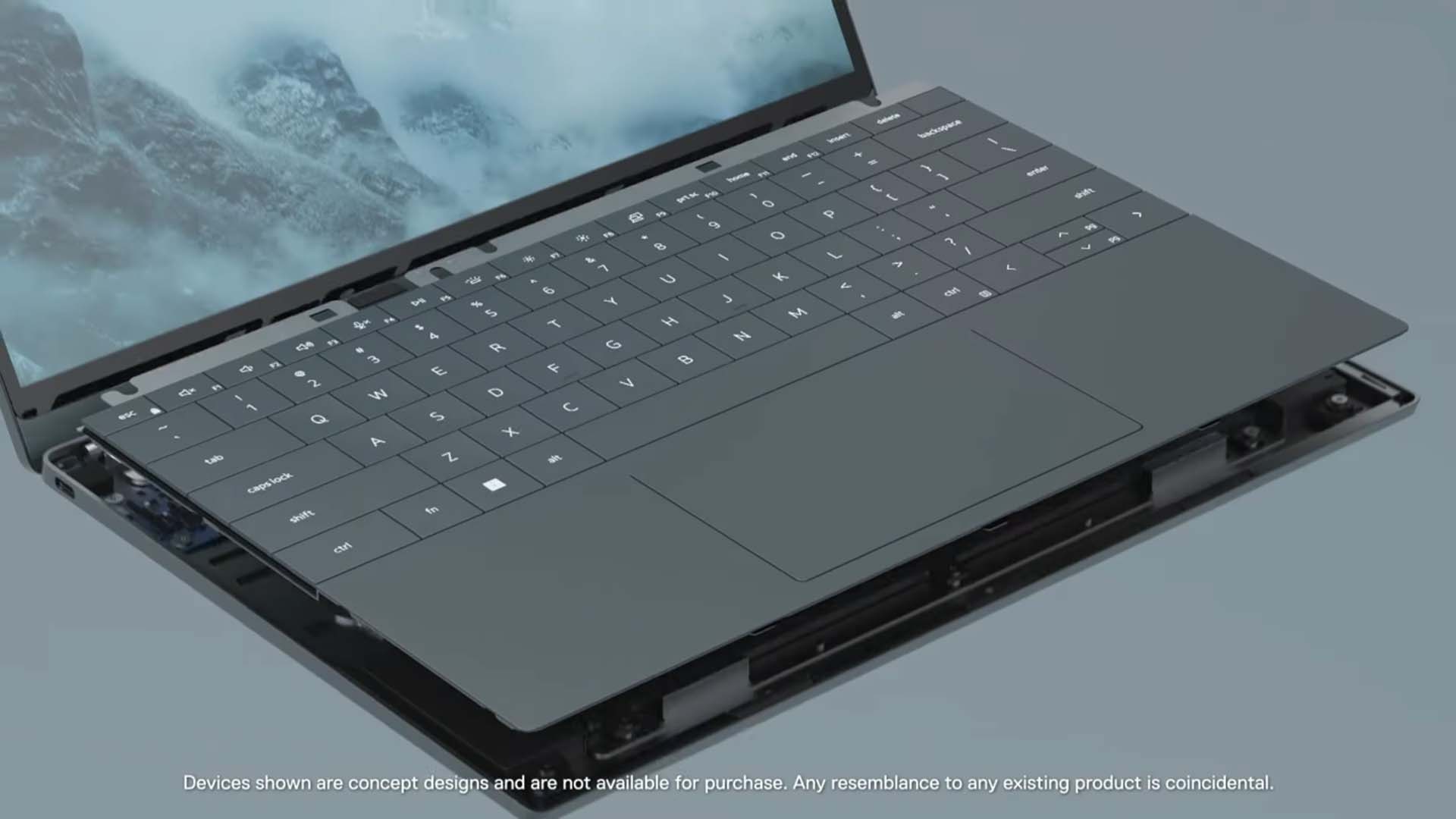 Dell has revealed its concept for a modular laptop called Project Luna ahead of CES 2022.

Modular devices are a concept that many manufacturers are exploring to make mobile devices both customizable for users and sustainable for the environment. Cellphones and laptops are among the most wasteful of these devices in terms of reusable parts, with many people tossing them out after a specific part breaks or stops functioning correctly. But these devices can still have parts harvested and used in other products, extending their life.

The push for sustainable materials has grown due to global markets trending toward green initiatives. Job and economic growth are the main reasons for the movement, but the ultimate winner is the environment as more companies figure out ways to reduce their impact. Dell plans to implement its sustainability initiatives through 2030 and beyond.

Dell showed off a Project Luna concept laptop in an interview with PC Mag. Luna shifts the motherboard away from the unit’s base and places it behind the display, a stark difference from a traditional laptop structure. Dell did this to improve thermals and make it easier to access the motherboard and heatsink for repairs. The keyboard is also removable, which gives access to the IO board and the battery.

Luna’s modular parts are accessible by the two “keystones,” detachable panels that cover the screws that hold the keyboard and display in place. Dell’s thought process is that the Luna framework will enable users to make repairs at home and extend the life of the laptop. It hopes that Luna will create an ecosystem where its customer base can send in old or broken parts to Dell for recycling or redistribution in a new product.

Dell’s example of part redistribution was for a broken motherboard on a Luna laptop. The still-working processor could be harvested, reevaluated by the chipmaker, and placed in a new product based on its performance. This process extends to other parts like the display and battery as well. Parts like the keyboard are less likely to be reused since they receive the most wear and tear over the product’s life. Footage of the concept can be found in PCMag’s video.

Although Dell has a breakdown demo of Luna ready for CES 2022, the manufacturer doesn’t expect to use its design concepts until 2030. If successful, Luna’s framework would be the model to institute a universal chassis and build structure across all of Dell’s laptop product lines.

While it wasn’t discussed in the interview, Luna offers a possible revelation in gaming laptops. Dell’s gaming subsidiary Alienware could use Luna’s modular nature by making laptops much easier to upgrade. An example of this would be upgrading the display from 144Hz to 240Hz. It could also open avenues for parts like graphics cards to separate from the motherboard, which is the case for most laptops.

Despite the long wait for a chance to see Project Luna come to life as a consumer-ready product, the concept has potential. Other manufacturers may adopt a modular framework if the concept bears fruit over the next couple of years. But past concepts, like Google’s modular phone, Project Aria, have shown that ambitious projects from big manufacturers can still fail to function in practice.