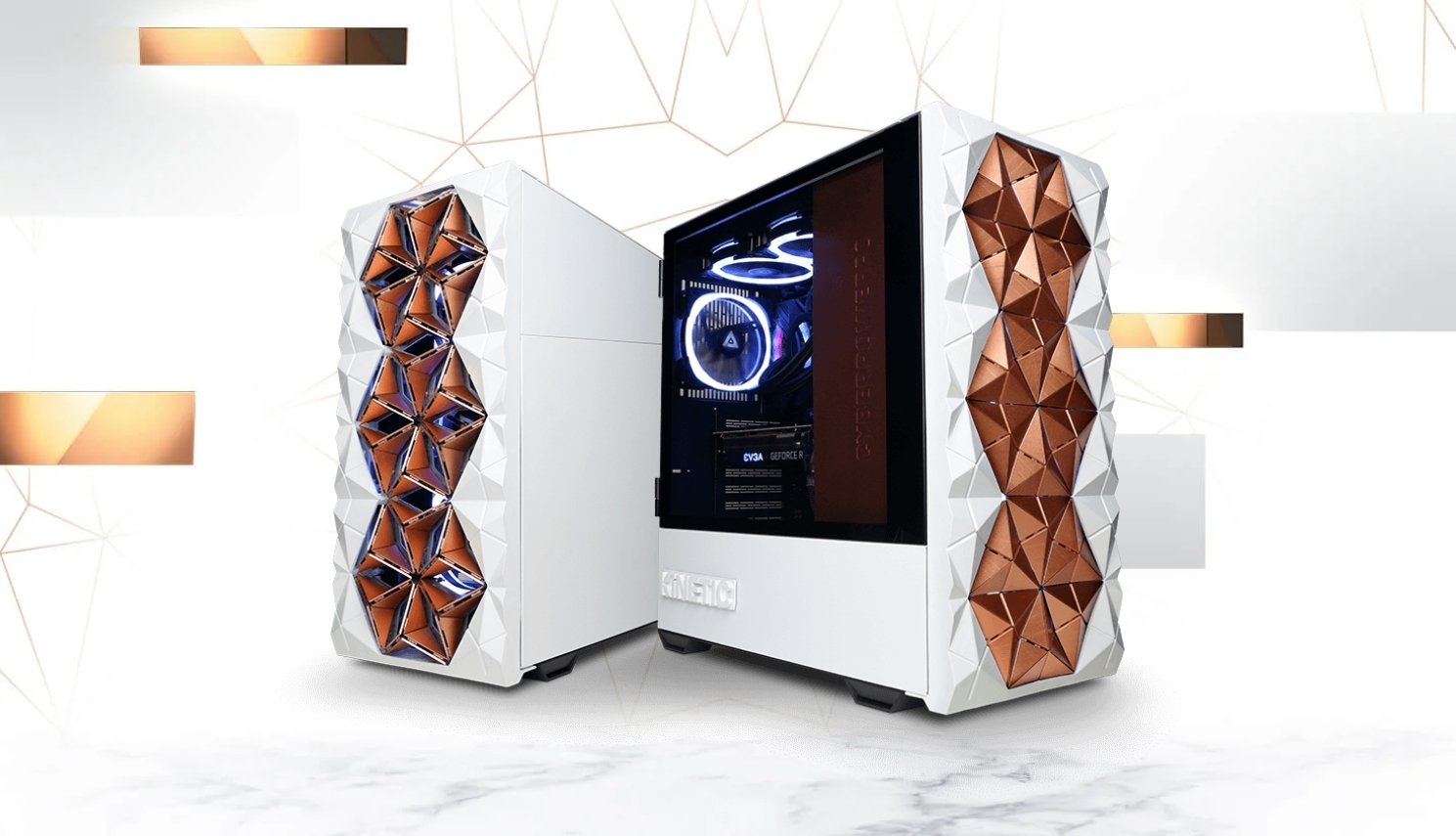 CES 2022 is in full swing, with announcements and reveals dropping left and right. And while the RTX 3050 and RTX 3090 Ti reveals were exciting, the early frontrunner for the most striking design is CyperpowerPC’s Kinetic Series case.

Being one of the biggest names in pre-built gaming PCs, CyberpowerPC often uses bright RGB lighting in its builds to show off its aesthetic prowess. The company is taking that flair and implementing it into a more practical model with the Kinetic Series case, which features intelligent airflow in the form of 18 copper-colored self-adjusting vents. Blending form and function, the Kinetic Series case would look more at home on a desk in Outer Wilds or any other sci-fi title.

The 18 forward-facing vents “open and close according to the internal temperature and cooling needs of your system,” according to CyberpowerPC’s official announcement page. CyberpowerPC aims to “create an effervescence of creativity throughout the industry….” Given the high-concept design and potential benefits of having a case self-regulate its temperature, there’s no doubt that people—and other companies—will be keeping tabs on how things shake out for the Kinetic Series case.

Despite taking notes from Kinetic architecture, there’s one argument that can be made against having a case that self-regulates airflow using vents: Why not just add more airflow? In the announcement video, CyberpowerPC touches on its goal being to provide the appropriate amount of airflow for any given situation.

Another concern is the lack of dust filters on the massive wall of vents. Having a unique, science fiction-looking PC case is great and all, but the potential need for extra cleaning and dusting may be a huge turn-off for potential buyers. Still, the concept alone is almost enough to ignore some of the eyebrow-raising elements.

CyberpowerPC did not disclose any release or pricing information, though the high-concept design and extra tech will likely slap a premium on the Kinetic Series case. The closest thing to a release date is a tag that says “Coming Soon,” which could mean we’ll be sitting on our hands until the third Matrix trilogy comes out.

The Kinetic Series case announcement is just one of many exciting reveals so far at CES 2022. The showcase runs from Jan. 5 to 8.