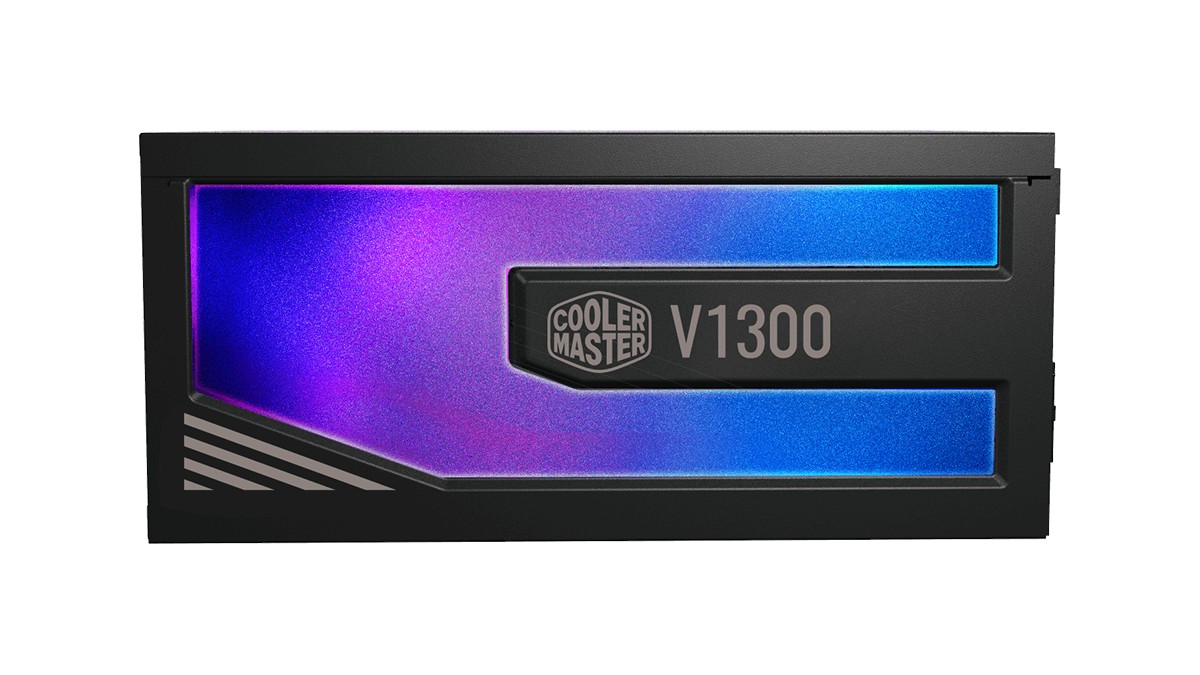 The V SFX-L is geared towards small-form-factor builds and fits mini-ITX and E-ATX cases thanks to the included bracket. It comes in 1100 and 1300-watt versions, with both featuring a 120-millimeter fan and a modular design allowing users to add and remove cables at will.

In Cooler Master’s words, “The V SFX-L Platinum delivers the high quality experience you’ve come to expect from the V series in SFX-L form factor. Enjoy the same great features with 80 Plus Platinum efficiency, full-modular cabling, an 120mm fan, 16AWG PCIe high performance cables, and a 10 year warranty. But now you can have this first highest power density of SFX-L PSU in a mini-ITX case. With the V SFX-L Platinum, the V series is now viable for cases ranging from mini-ITX all the way up through E-ATX systems. And with the included bracket this unit is compatible with all of them.”

The V1300 Platinum is Cooler Master’s flagship PSU designed for full-size ATX cases, and has a 1300-watt rating. This PSU gets an exclusive 30th Anniversary Edition design with blue and purple coloring on the side and a small 30 logos around the body.

Features-wise, it has the same modular design as the V SFX-L but has a larger 135-millimeter fan. The 80 Plus Platinum rating and 10-year warranty carry over from the V SFX-L.

According to Cooler Master, “The V Platinum series used to provide high-end performance for all types of PC users. Now it’s returning as a 30th Anniversary Edition. This vanguard of power supply innovation and development offers an 80 PLUS Platinum efficiency certification, full-modular cabling, 100% Japanese capacitors, a high operating temperature of 50℃, and a hardware based single/multi rail switch. Add on the 10 year warranty and you have a PSU that won’t disappoint even the most seasoned system integrators and PC builders. For highly efficient, quiet operation, you simply can’t go wrong with the V Platinum.”

The only way to succeed in business is to move with the times, and the release of these new PSUs coincides with the rumors of Nvidia’s RTX 3090 Ti being the first GPU to feature a PCIe 5.0 connector. Time will tell whether it’s true or not, but the shift to PCIe 5.0 is inevitable, and Cooler Master is already facing stiff competition from rival Asus with its ROG Thor 1000W PSU.