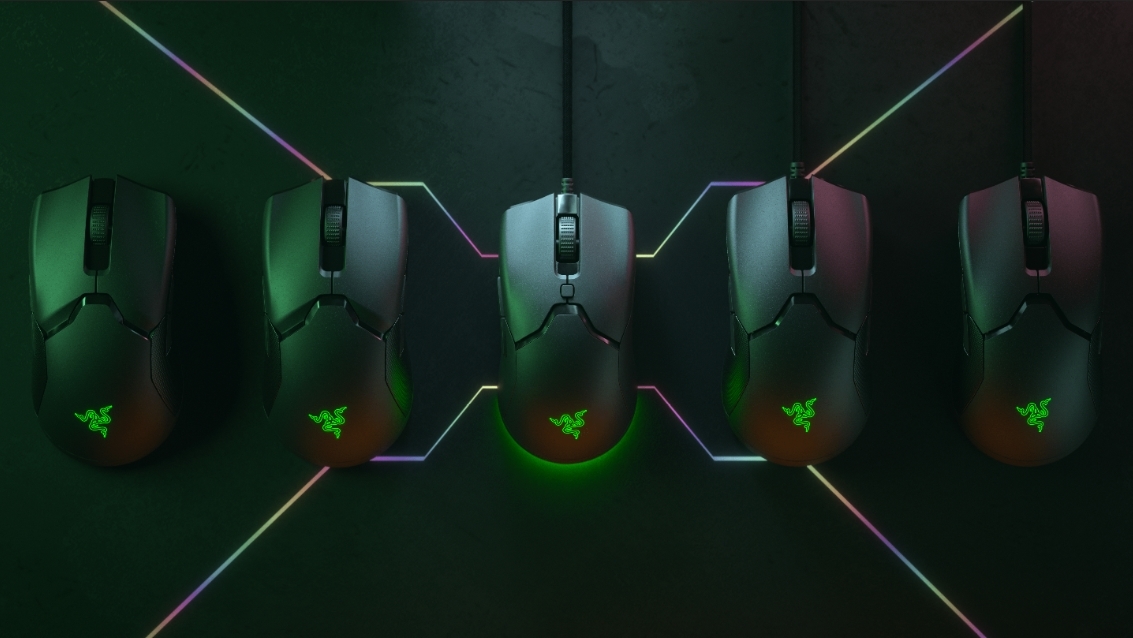 After launching one of the most lauded gaming mice of 2019, the Viper, Razer sought to complete its vision for a lightweight gaming mouse line with the Viper Ultimate, and now the Razer Mini.

Razer had an astounding 2019. Not only did the company release one of the most interesting gaming keyboards of the year with the Huntsman TE but it also launched its lightweight true-ambidextrous mouse, the Viper. The peripheral mainstay also gave fans the wireless Viper Ultimate, but there were some concerns with the size of the standard Viper and Viper Ultimate.

It’s not unheard of for companies to build up a family of gaming mice but something that has slowly been becoming a trend is taking a winning formula and shrinking it down. The most notable examples of this are Finalmouse releasing the Ultralight 2 Cape Town and Glorious PC Gaming Race’s Model O-, which took both companies’ lightweight honeycomb performers and shrunk them down a considerable amount. These mice launched to great success and positive reviews, opening the door yet again for some healthy competition. Enter the Razer Viper Mini.

Quickly going over what is the same here, fans will notice the same ambidextrous shape, 100% PTFE mouse feet for smooth glides and easy flicks, and the return of the Speedflex cable. That’s pretty much it in terms of similarities here. Razer has definitely made some changes under the hood but nothing that impacts performance in a meaningful way.

There was a lot of talk in 2019 regarding whether weight takes priority over shape when it comes to finding the right mouse. Razer’s Viper Mini gives fans the best of both worlds by shrinking the Viper shape and weight to better suit users with smaller hands or fingertip grip players. The Mini comes in at a meager 61 grams, shaving 8 grams off of the Viper and 13 grams off of the Ultimate. It’s a noticeable drop, especially from the wired version of the Viper. While the Ultimate objectively weighs more than both mice, the standard wired Viper feels a bit more sluggish than both the Mini and the Ultimate due to the minor drag created by the Speedflex cable.

Users with larger hands won’t find much comfort in palm gripping but it certainly is doable to a certain extent, though not necessarily recommended. Despite not being able to palm-grip the mouse, we found the Mini to be extremely comfortable and we were able to adapt to the size with ease. As a matter of fact, it’s almost foreign going back to a “regular” sized mouse. Between the lightweight and the easiness of using a fingertip grip with the Mini, we found the transition back to other mice a bit jarring.

The Mini just offers a different experience and that’s really what Razer is getting at with the Viper family of mice. There’s clearly a version of the Viper here for everyone and at reasonable price points overall. Potential buyers can’t really go wrong with any of the Viper family and it really comes down to a few factors. If you’re new to PC gaming, the Viper is a fantastic mouse that offers tons of versatility, but if you find yourself experiencing a bit more cable drag than you’d prefer, the slightly pricier Viper Ultimate is the perfect wireless option for right-handed and left-handed users. The Mini provides a gaming experience that sees the user hitting flicks across multiple games and loving every minute of it. There is, however, one audience the Mini is not meant for, and that’s the left-handed community.

Unfortunately, one of the key differences and perhaps the one that sticks out like a sore thumb is the lack of side buttons on the right side of the mouse. One of the great things about the original Viper and the Ultimate is the true ambidextrous side buttons that allow left-handed users to have a solid performing mouse with zero compromises. It’s a bit sad to see Razer neglect the left-handed side of the community after releasing the other two Viper family mice with side buttons for lefties. This is really the only difference between the Mini and the other Viper family members that we can’t overlook as it excludes a previously welcome portion of gamers.

In shedding some weight and size, Razer also ditched the rubberized sidewalls that are on the standard and the Ultimate. While this isn’t a change we minded, we can see some users missing this detail as it exuded a quality feel. Along with the removal of the rubberized sidewalls, Razer went with an 8,500 DPI optical sensor that stills performs and doesn’t feel much different than the other Viper mice. Movements are clean and snaps prove to be both responsive and accurate. Combining the solid sensor with the lightweight design and the Mini gives the user that “stop-on-a-dime” feel.

Something that is particularly interesting when it comes to the differences between the Mini and the other Viper mice is the improved optical switches in the Mini. Razer has upped the mechanical feel of their proprietary optical switches to give gamers a more traditional feeling experience. The difference is slight but noticeable. Comparing the sound of both mice side-by-side, the difference is most noticeable in the crispness of the clicks on the Mini. The Ultimate and standard definitely feel a bit less tactile but their switches are by no means deal-breakers. This change also comes with a 20-million click reduction from the previous version, putting the life-cycle of the Mini’s switches at 50 million clicks. Despite the click rating reduction, it’d still be nice to see these new switches in the other two versions of the Viper as well.

We previously spoke about how there’s an option for everyone when it comes to the Viper family and the Mini really does complete that family. Razer not only has a winning mouse on its hands but an entire line of versatile and solid performers that cater to an extremely wide audience.

For reference, our reviewer falls under the lower end of large-handed users, according to Razer’s measurements.

The bottom line here is that Razer has offered gamers a solid steal with the Viper Mini. This mouse ticks a lot of boxes for people with smaller hands or who use fingertip and claw grip. The Viper Mini’s modest $39.99 price point also positions the mouse in a pretty competitive place with the other most notable small form factor mice coming from Finalmouse and Glorious PC Gaming Race.

Razer gives fans both a lightweight mouse and small form factor mouse that not only shines on its own but also completes the Razer Viper family of mice in a complementary and unique way that is sure to please fans of the Viper while giving them a unique feeling experience similar to using the company’s Huntsman TE keyboard.