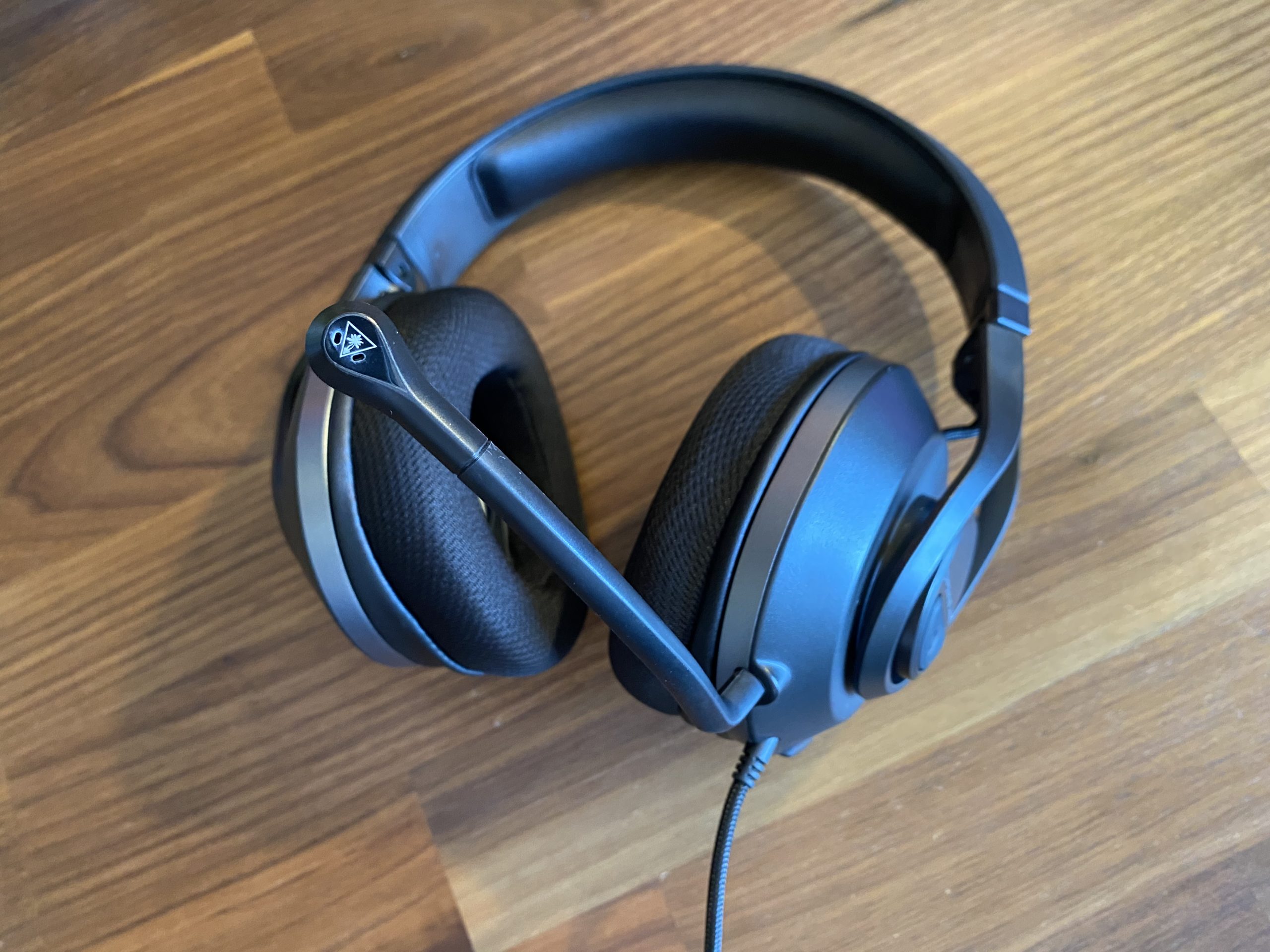 Turtle Beach is a major name in console and PC gaming audio. The company’s products often serve as many gamers’ first headsets, and it boasts partnerships with Dr Disrespect, Ali-A, and other prominent names in the industry. With a long and respectable pedigree, Turtle Beach is often a go-to for many gamers looking for their first gaming headset. The brand’s latest headset, the Recon 500, looks to mix big sound with gamer-friendly value.

The Turtle Beach Recon 500 delivers on providing stellar multiplatform sound at a reasonable price but lacks a sturdy build quality.

At a glance, there’s nothing to write home about regarding the design of the Recon 500. Users who run the all-black colorway will get exactly what they’re looking for, while the Arctic Camo version presents a slightly more fun aesthetic. The black plastic verges on gray, but that’s par for the course when it comes to most reasonably priced gaming headsets. 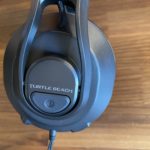 Turtle Beach avoids gaudy branding by subtly placing its logo on the right ear cup and its name on the left. It’s refreshing to see so many companies take a more scaled-back approach with their designs. The most intense aspect of the headset’s branding is Turtle Beach spelled out on the top of the headband, which most people won’t notice.

Another subdued element of the Recon 500 is the controls located on the left ear cup. The Recon 500 hosts a mute control, volume dial, and detachable microphone connection. There’s nothing special about these controls, but they blend nicely with the design and don’t have any additional flair.

Having a low-key design allows the Recon 500’s fit in any setup, but you might want to think twice about how and where you take this headset.

Turtle Beach outfits the Recon 500 with a plastic and metal-reinforced headband, which is where the only trouble lies with this headset. When testing the headband’s durability, the Recon 500 had ample flex when twisting the left ear cup forward, but the same can’t be said for the right ear cup as it snapped fairly easily.

Granted, there’s little reason to be twisting your headset. But this has never occurred during a durability test with any other headset or headphones reviewed by Dot Esports. It’s hard to see this happening during everyday use, but it’s worth taking note if you’re someone who travels with their headphones or headset frequently.

Our reviewer got in touch with a Turtle Beach rep, and the company maintains this is the first it’s heard of a durability issue. 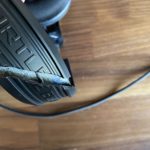 The actual point of concern is there doesn’t appear to be any metal reinforcing the headband like the marketing states on the official website. The marketing could be talking about the metal headband sliders that account for a very small portion of the headband when they’re retracted, but even then, the marketing is a little vague at the very least.

It’d be unfair to single out Turtle Beach since there are likely other companies using similar marketing in a variety of different ways. It just so happens that Turtle Beach’s product is what brings this to attention and serves as a great reminder that marketing is always up for interpretation.

No pressure, no heat, but a little bit of leak

Most companies can figure out how to make a comfortable headset, but few do it as well as the Recon 500. Turtle Beach outfits this headset with memory foam athletic weave earpads. The memory foam is softer than other brands like HyperX and SteelSeries and has a nice bounce. Whether that bounce will last over time will vary from user to user.

Another reason these earpads are a cut above the rest is their resistance to heat. Most brands like to say their earpads will keep players comfortable for hours at a time, but few often deliver. Turtle Beach’s formula comes through on its promise and manages heat exceedingly well. There was never a moment when the heat became an issue. It may not be everyone’s experience, but these earpads stayed cool in the middle of May in Southern California.

Wearing glasses was also a non-issue, presumably thanks to the ProSpecs design. Turtle Beach’s ProSpecs aims to remove the pressure from around your glasses. While it’s hard to nail down what this design feature is, its benefits are easily noticeable over longer gaming sessions.

The only issue with these earpads is they won’t create a noise-isolating seal. Sound does leak from this headset despite its closed-back design—something to note if you’re keen on blocking out your surroundings.

A high point for the Recon 500 is the detachable TruSpeak microphone. This unidirectional mic features noise-cancelling capability and works like a charm most of the time.

Turtle Beach nailed the blend of flexibility and reliability with the TruSpeak mic. The mic held its shape well through multiple adjustments and never cut out in the heat of the moment. It doesn’t suffer from being repeatedly unplugged and plugged in again and avoids sounding overly grainy or distorted.

The only gripe with this microphone is that it can occasionally let more sound in than it should. Being a noise-canceling mic doesn’t mean the TruSpeak has to block out every noise coming from your surroundings, but there are times when it may pick up more sound than you might like. This is hardly a deal breaker but something to consider if you live in a particularly noisy house or neighborhood.

A deep and balanced rumble

The Recon 500’s 60-millimeter Eclipse dual drivers are intense. Plugging in this headset and listening to music offered a pleasant surprise. While there’s a definite emphasis on bass, the Eclipse dual drivers provide clear separation and avoid sounding muddy or overpowering in either direction.

Gaming with the Recon 500 headset is a pleasure, thanks specifically to a wide soundstage. Being a closed-back headset, there isn’t too much of an expectation for the Recon 500 to have a large soundstage. That being said, the Recon 500 knocked it out of the park for a headset in this price range. Enemy positioning sounded close but accurate. The information provided by the Recon 500 gave our reviewer enough confidence to peek pretty much everything in Rainbow Six Siege. But whether our reviewer could capitalize on that information is a much more different and embarrassing story.

Overwatch gameplay also benefited from the Recon 500’s wider soundstage. Being more chaotic than the average FPS, Overwatch gets crowded when abilities start popping off. The Recon 500 handles Overwatch’s crowded audio with ease and avoids passing the chaos onto the player by providing a solid level of separation. It’s easy to get turned around in the middle of a wild Ultimate chain, but the Recon 500 handled these overly chaotic moments very well.

While the audio performance of the Recon 500 is stellar at this price point, there are a few missed opportunities that would have pushed this headset up as an easy recommendation. A few of these missing features include a detachable cable, included splitter, and a better headband.

Turtle Beach made this headset PC compatible, but it doesn’t include a splitter in the box for PC players. Users can pick one up for cheap on Amazon, but it would have earned a bit of good faith to supply buyers with one in the box.

The biggest issue here is the “metal-reinforced” headband that apparently doesn’t have any metal in it aside from the sliders. Again, there’s no reason to twist your headset, but if you sat on this headset the wrong way or it got munched in your backpack, it might come out looking the worse for wear.

Turtle Beach’s Recon 500 provides impressive and reliable gaming audio without creating a large barrier to entry. The TruSpeak detachable mic does a respectable job of providing clear input while the 60-millimeter Eclipse dual drivers punch above their weight, considering the price.

This headset’s performance is amplified by its surprising comfort. Turtle Beach’s earpads are easily some of the most comfortable on the market, thanks to their heat management and ProSpecs design. These two features go a long way in earning good faith when considering the overall build quality.

The only real issue here is the headset’s build quality. Being the only headset not to survive the flex test isn’t a deal-breaker, but the lack of metal reinforcement in the headband aside from the sliders doesn’t inspire any confidence in the build quality of the Recon 500 or the transparency of its marketing.

If you’re looking for a mid-range priced gaming headset, you’d be hard-pressed to find one that outright blows the Turtle Beach Recon 500 out of the water. There are some close contenders at slightly higher price points, but the Recon 500 takes the cake as long as it stays at your desk.