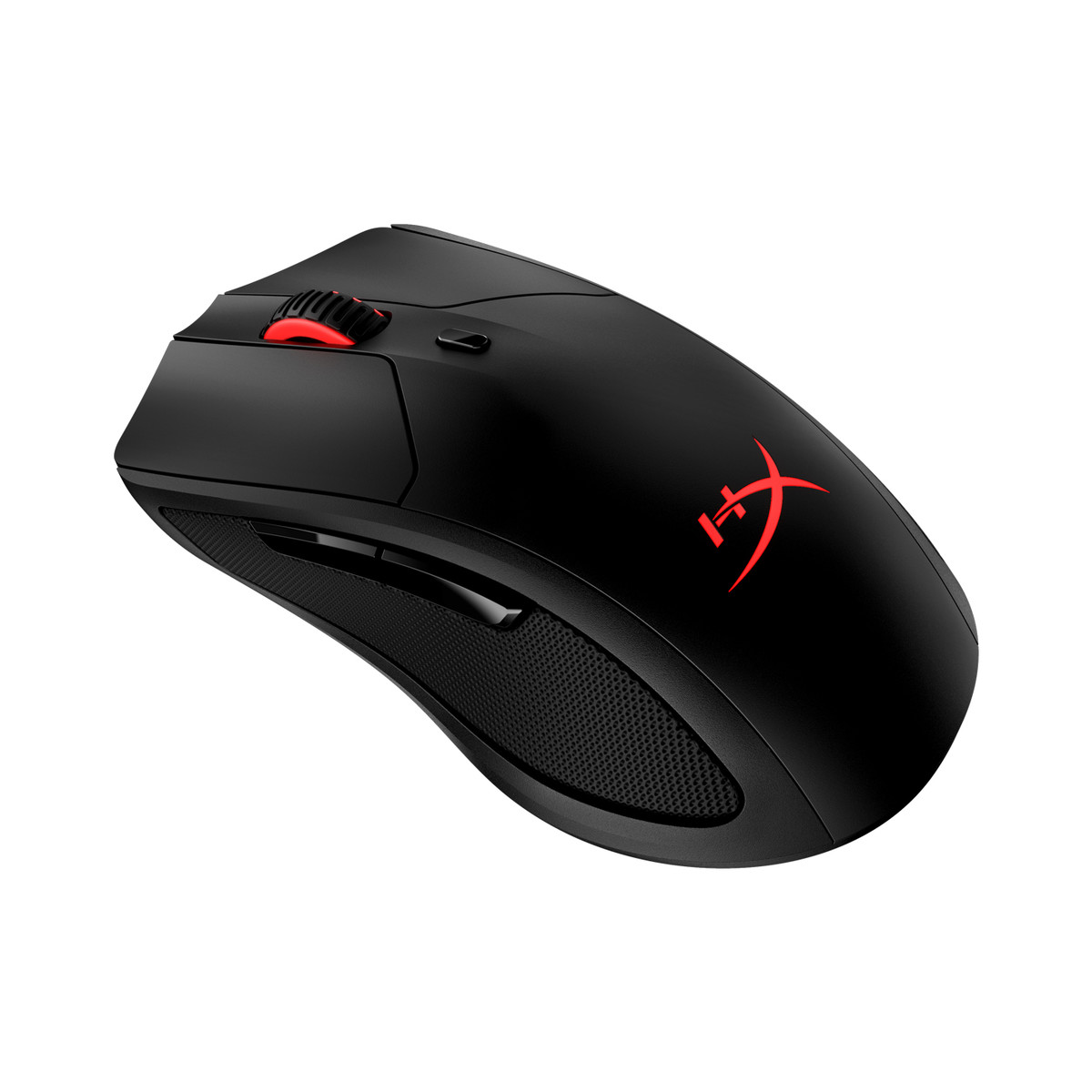 HyperX has evolved from a high-performance memory manufacturer into a peripheral giant and the Pulsefire Dart is a good indicator of the company’s commitment to gamers. With a wireless ergonomic design, the Pulsefire Dart provides an unparalleled comfort-driven experience, but only for some users.

The Pulsefire Dart is a decidedly right-handed ergonomic gaming mouse that takes the word “ergonomic” seriously. There’s a level of comfort to this mouse that we haven’t really felt before. It’s pillowy, stays relatively cool when gaming, and, to be cliche, fits like a glove for medium-sized hands. A higher-than-usual hump and a nice gradual slope off the right side of the mouse feel a cut above many other ergo mice, in our experience. Size and fit will always be subjective, but this one just hits different when it comes to the cushioned sides of the mouse.

The cushioned sides seem like they would interfere with the side buttons, but they don’t. HyperX did a great job of making large accentuated side buttons that don’t get lost in the comfort. If anything, the drastically different textures will help users regain momentum if their thumb loses place during a heated match. While this obviously isn’t the cushion’s intended use, it’s a nice little bonus.

Speaking of side buttons, HyperX deserves at least several high fives for the consistency of the Pulsefire Dart’s buttons. It doesn’t matter where a user presses on these buttons, they’ll actuate the same at any given point along the length of the button. The same can be said with the mouse one and two buttons. This seems like a minor detail, but when you take into account different grip styles, this is a huge deal that packs even more comfort into the Pulsefire Dart. Being able to press every button on the mouse at any position with the same amount of force makes for a really nice experience for those who switch grips on the fly or for those who prefer a claw grip. The difference is subtle, but it’s definitely there.

In terms of grip, this mouse seems best suited for a palm or claw grip. Users with larger hands may succeed in using the Pulsfire Dart with a fingertip grip but it doesn’t seem like a viable or advisable option for those with smaller hands. Users who are left-handed are out of luck here, though, much like they are with many other ergonomic gaming mice.

Wireless mice have more than proven their merit, so there’s really no point in talking about the response time of a wireless mouse in 2019 unless it’s noticeably rough. HyperX’s Puslefire Dart can hang with the best of them in this regard, but weight is the larger talking point here.

The Pulsefire Dart’s weight is less a matter of how much it weighs and more about where that weight is carried. The Pulsefire Dart isn’t a heavy mouse by any means, but it does drag a bit toward the back. This is unsurprising given that it’s a wireless mouse that obviously needs to store the battery and internals somewhere, but it’s pretty noticeable in-game. Flicks can “drag” a bit and we found ourselves being somewhat trained to compensate for that weight distribution, often holding the mouse at an awkward angle in preparation.

The feet on the Pulseifre Dart are large and provide more than enough glide to carry you through a competitive match. The feet are actually what save the mouse from its weight distribution issue. Without the quality feet, the mouse would suffer a considerable amount more than it does.

Users will also get some RGB lightning effects onboard the mouse but that’s if they can stand the NGENUITY software. The software here is by far the worst part of this mouse, and to be honest, any HyperX product. The software worked a bit better with the Alloy Origins keyboard but it was far more finicky and uncooperative. This becomes a major issue when tinkering with DPI settings and the fact that it’s near impossible to get them saved onto the mouse for some reason. Even after uninstalling and reinstalling the software, it was a bust. With that being said, the Pulsefire Dart ships with three preset DPI settings that are 800, 1,600, and 3,200. These are standard presets, but for users who enjoy customizing their DPI, they may want to beware.

The Pulsefire Dart also boasts the Pixart 3389 sensor, which is a solid addition to the mouse. Many will be quick to compare the 3389 to the 3360, but honestly, the difference here feels negligible. The 3389 performs great, much like the 3360 sensor. When sensors get to a certain point, it’s a lot like talking about the delay in the wireless mice of 2019—it’s fairly pointless.

HyperX also says that the Pulsfire Dart can run for 50 to 90 hours depending on RGB lighting and other circumstances. In our experience, we felt that these numbers were a bit lower. This is where the HyperX ChargePlay Base comes into play. The Pulsefrie Dart and the ChargePlay were clearly intended to be a complete ecosystem. The base allows the user to charge the mouse and any other Qi charging compatible device. While it isn’t as convenient as something like the Logitech PowerPlay, it’s a great addition to any setup that values versatility. Users who aren’t interested will be happy to see the inclusion of a USB Type C cable that they can use to charge their mouse when it begins to run low.

One final nitpick has to be the wobble in the scroll wheel. While a wobbly scroll wheel is far from a deal-breaker, it’s a bit distracting when trying to flick onto an opponent. Users will still hit the shot but the noise and slight vibration from the wobble can be annoying at times.

Size and fit will always be subjective but HyperX clearly put its best foot forward with this offering. It’d be great to see some different size options and a left-handed option in the future, though.

Overall, the HyperX Pulsefire is a mouse that takes comfort seriously and it shows in every way that truly counts. Cushioned sides, fantastically responsive buttons, and a great shape for medium-sized hands make this one of the most comfortable mice we’ve used.