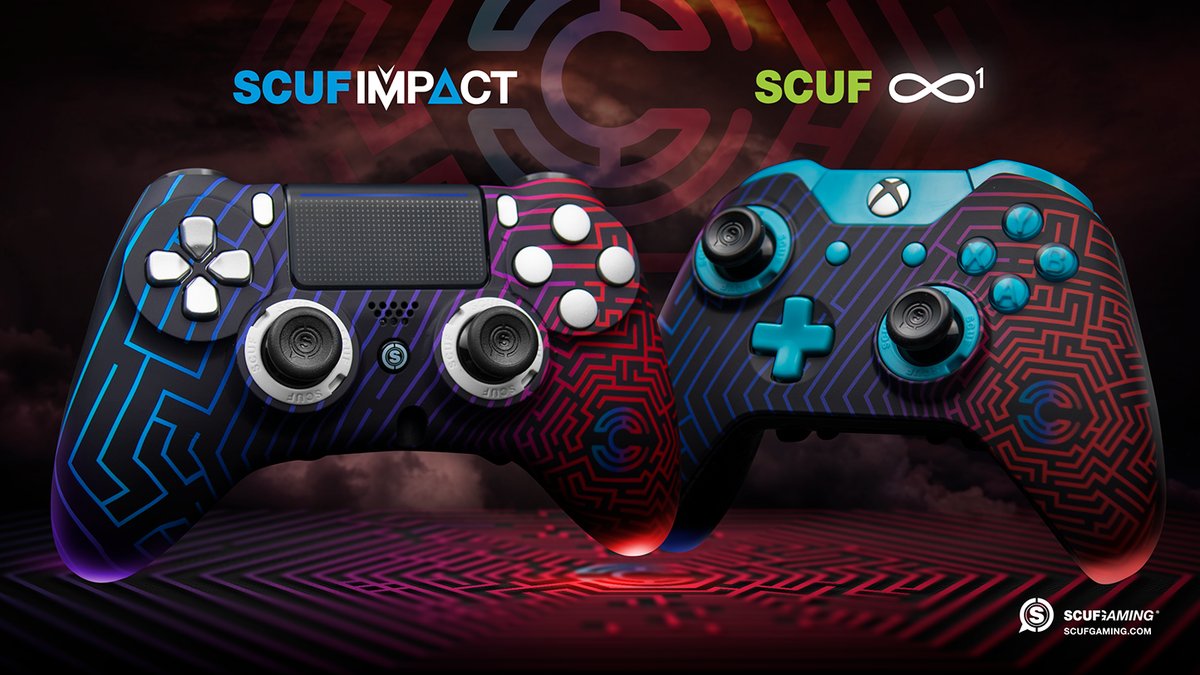 These Clayster-themed Scuf controllers feature a labyrinth-like pattern in vibrant shades of blue, purple, and red. And, of course, a C logo for Clayster is located in the bottom corner of the controller’s right handle.

The Clayster Scuf theme is available in the SCUF IMPACT and Infinity controllers, which were both announced last week.

Scuf explained the reasoning behind the unique design of the Clayster controllers on its website.

“Sporting a brightly colored motif against a black shell, this maze inspired design reminds the world of the incredible twists and turns that Clayster’s career has taken, as he moved from one team to another, learning and evolving as he went,” the statement on Scuf’s website reads.

The Clayster Scuf controllers are now available for purchase—and Clayster said that the first 20 controller and gamer bundle orders will also include a Scuf hat signed by the Call of Duty legend himself.