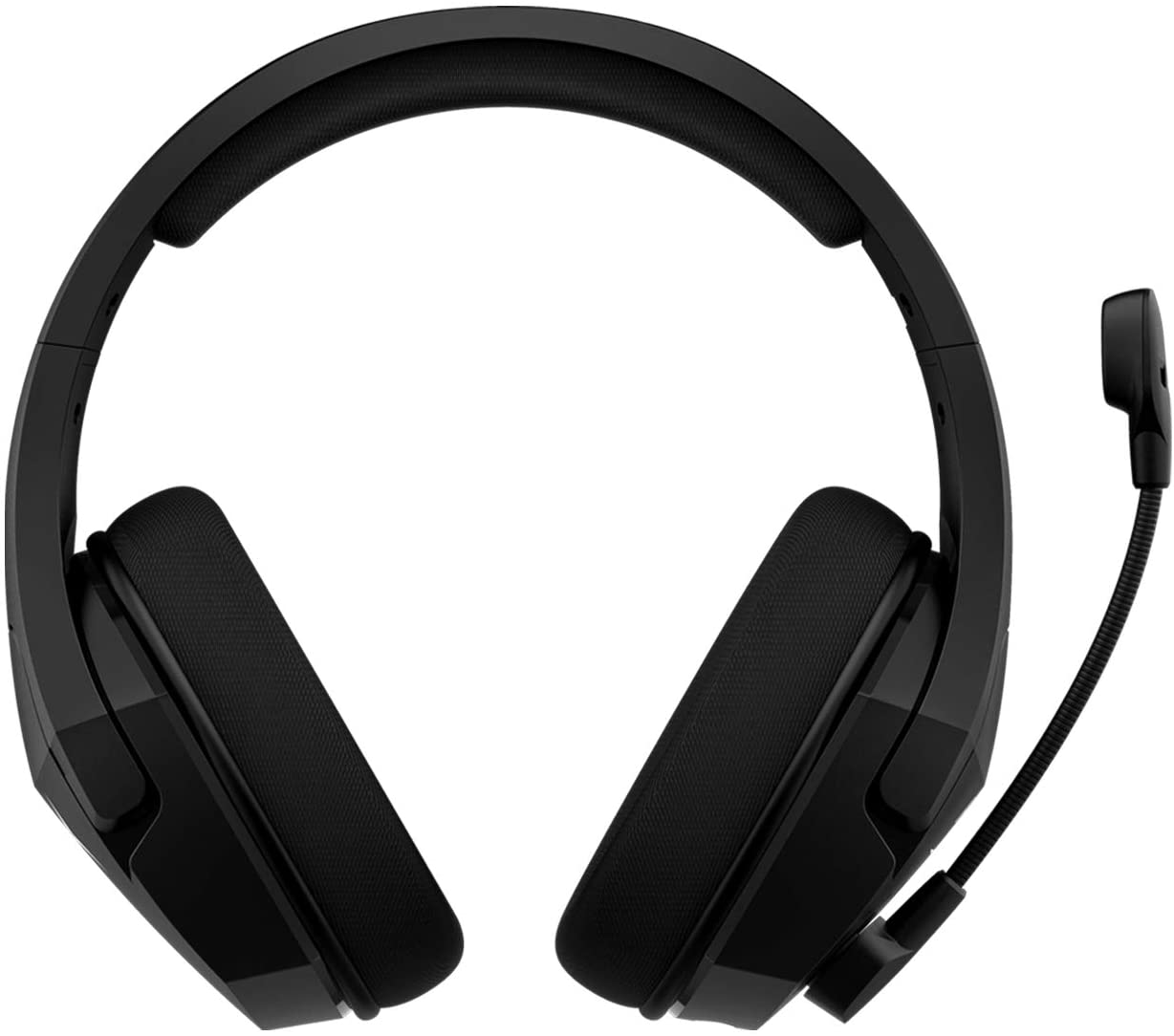 Wireless headsets have come a long way in recent years and can now compete with wired headsets for clarity and sound quality. One of the reasons for this is the advancements in wireless technology. Modern wireless headsets use a 2.4GHz wireless frequency, which has a more stable connection and longer range than Bluetooth alternatives.

Modern wireless headsets are user-friendly and packed with features. They have a long battery life, and most have adjustability options to ensure a perfect fit. Many headsets also have software allowing users to fine-tune the settings and configure the virtual surround sound.

These are the five best wireless headsets for PC.

Logitech’s G Pro X Wireless has a robust feature set and tough build quality. The frame and hinges are made from metal with a padded headband and plastic ear cups. It’s fitted with leatherette-covered foam earpads in its standard form. A spare set of velour alternatives is included in the box so users can attach whichever one feels more comfortable.

The speakers and microphone of the G Pro X Wireless are designed for pro gaming. Each ear cup houses a 50-millimeter driver capable of virtual 7.1 surround sound using DTS Headphone: X 2.0. Virtual surround sound is a contentious feature, with some gamers saying it isn’t much better than stereo sound and pushes up the headset’s price unnecessarily. The microphone has average sound quality, but that changes drastically once the Blue Voice software is activated. Blue Voice adds filters to make the sound clearer, and it also has user-adjustable equalizer settings.

Like all top-of-the-range headsets, the G Pro X Wireless connects on the 2.4GHz frequency. It connects through a wireless dongle and uses Logitech’s Lightspeed technology to ensure a stable connection. The wireless connection has a range of 49 feet, and the battery lasts around 20 hours.

The G Pro X has top-notch build quality and outstanding features like Blue Voice technology and virtual surround sound. Logitech adds a carry bag and spare earpads to add more value. This headset may be expensive, but its capabilities justify the price.

The SteelSeries Arctis Pro Wireless is expensive but has unique features the other headsets on this list can’t match. It comes with two batteries, so one powers the headset while the other is charges. The batteries are charged using the provided base station, which also acts as a wireless transmitter. This base station has an OLED screen displaying critical information like the battery level, charging level, and volume settings. Users can also adjust the volume and other settings on the transmitter instead of using the on-ear controls on the headset.

Comfort is a major factor when choosing a headset. Instead of a single headband built into the frame like the G Pro X Wireless, the SteelSeries Arctis Pro Wireless has a secondary suspension band with an adjustable velcro strap. This suspension band has a secure fit on users’ heads and mitigates some of the pressure caused by the frame.

SteelSeries put a lot of thought into the Arctis Pro Wireless to give it the best build quality possible and make it user-friendly. This headset has a retractable microphone in the left earcup, so there’s no possibility of getting lost like the detachable types. It also has on-ear controls for the volume and gives users the option of using a 3.5-millimeter jack to connect to other devices.

Overall, the Arctis Pro Wireless has outstanding features and superb build quality, but its exorbitant price limits its audience. It may be a great headset, but whether it’s worth double the price of the G Pro X Wireless and Razer BlackShark V2 Pro is debatable.

Compared to the headsets mentioned so far, the HS70 Pro has a more conservative look. Corsair made no effort in making the HS70 Pro stand out, and it has a simple all-black minimalist look with no shiny surfaces or RGB lighting. Even the Cream version has minimal accents to enhance its appearance.

Although its looks aren’t unique, the build quality of the HS70 Pro can match the more expensive rivals on this list. It has an aluminum frame with thick leatherette-covered memory foam padding on the headband and ear cups. The volume controls, mute button, and charging port are on the left earcup, but the power button is on the right earcup, so it can’t be pressed accidentally. Like the G Pro X and BlackShark V2 Pro, it has a detachable boom microphone.

It may be cheaper than the other headsets mentioned so far, but it matches some features on the higher-end headsets. The HS70 Pro still includes 7.1 virtual surround sound with equalizer settings controlled by the iCUE app. Users can expect around 16 hours of battery life. The HS70 Pro also uses a 2.4GHz wireless connection and has a range of around 40 feet.

The HS70 delivers decent sound and microphone quality in a sturdy package. Like the BlackShark V2 Pro, it uses a Micro-USB cable to charge, but it’s expected considering the price.

HyperX had cut a few corners to match the price point, and it shows. The 40-millimeter drivers are don’t compare to the rivals on this list, and the earpads are thinner. HyperX’s NGenuity software has the option to turn the virtual 7.1 surround sound on and off, but there are no equalizer settings or other customization options. Another cost-cutting measure is the fixed microphone that swivels up and down but can’t detach or retract.

Despite the few drawbacks, HyperX’s Cloud Stinger Core Wireless still has decent build quality. It has an all-black plastic design with mesh padding on the ear cups and headband. The left ear cup houses the volume controls, a power button, and a USB-C charging port.

There aren’t many reputable wireless headsets that match the price of the Cloud Stinger Core Wireless. It may have fewer features than the rivals on this list, but it still has acceptable sound quality and a stable wireless connection, making it a worthwhile option.

Users looking for a headset to handle everything from gaming to conference calls and movies can check out the Razer BlackShark V2 Pro. This jack of all trades headset has solid all-around abilities. Some of these include a THX spatial audio support and a tunable microphone.

Razer put a lot of work into getting the microphone right. It’s a 9.9-millimeter detachable boom microphone with cardioid functionality. Cardioid microphones have superb noise cancellation because they only pick up sounds from the user’s direction. The Razer Synapse app gives users more options to tune the microphone.

Users have the option of connecting through a wired or wireless connection. The wireless connection uses a 2.4GHz dongle and gives users a 24-hour battery life when fully charged. There’s also an option to use a conventional 3.5-millimeter cable, but many advanced software-controlled functions like the surround sound and equalizer get disabled.

The BlackShark V2 Pro is a versatile headset with two connectivity options. It’s equally at home with the latest esports titles as it is facilitating work meetings. This headset may be cheaper than the SteelSeries and the G Pro X Wireless, but most buyers will still find it a bit pricey. Another minor drawback is the outdated Micro-USB charging port.