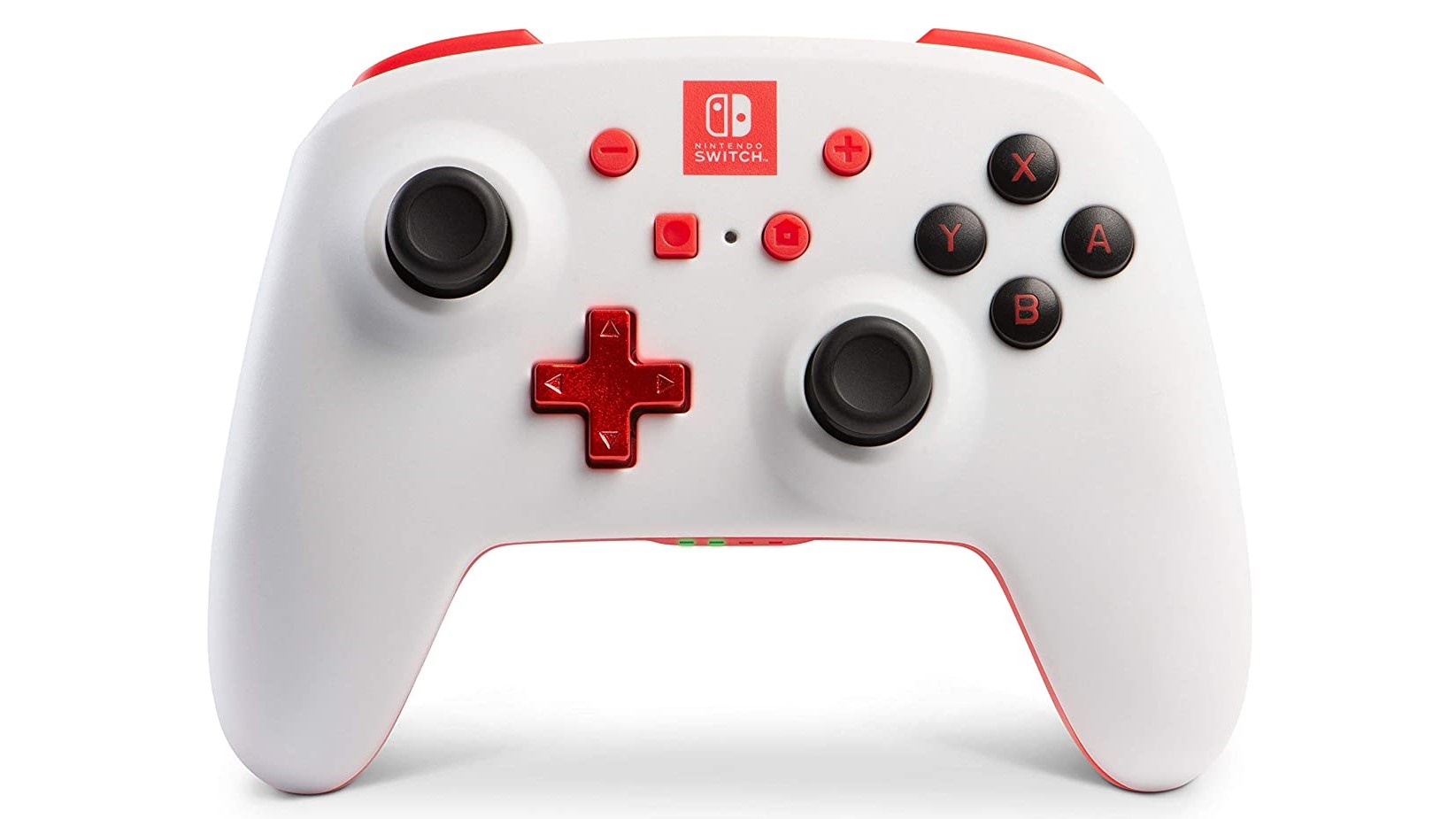 Image by PowerA via Amazon

The Nintendo Switch Joy-Cons offer a simple way to experience some of the unique games the Switch has to offer. However, not everyone is a fan of the Joy-Cons. Thankfully, there are alternative controller options for the Switch.

With the Switch having access to nearly 50 years worth of Nintendo games spanning across multiple platforms, gamers may need more than one type of controller. Listed below are the best wireless Nintendo Switch controllers.

Nintendo designed the Switch for its built-in Joy-Cons, but not everyone enjoys the controller’s unusual square design. Hardcore gamers, especially, feel they can’t compete at their best or comfortably play for prolonged periods with the Joy-Cons. This is where the Switch Pro Controller comes in. The Pro Controller mimics the size and shape of the Xbox controller with its button placement and ergonomic design to give gamers a familiar controller experience that helps them perform at their best.

Additionally, the Pro controller has double the battery life of the Joy-Cons at 40 hours. However, this does come at the price of the Pro Controller weighing .8 pounds, which is twice the weight of two Joy-Cons.

Because the Super Nintendo and Nintendo Entertainment System debuted with such iconic, unique controllers, gamers who want to experience these classic games again need a controller similar to the old-school ones. The 8Bitdo Sn30 fulfills that purpose by being a retro-styled controller designed for NES and SNES games.

Although the 8Bitdo Sn30 looks like a classic controller, it’s not light on modern features. For example, the 8Bitdo Sn30 includes motion controls, rumble, and a screenshot button. It even has two joysticks that can be toggled for players that dislike using a d-pad.

Additionally, the 8Bitdo Sn30 can connect to Switch, Windows, macOS, Android, and Steam through a Bluetooth 4.0 connection. These features are essential because they allow gamers to use the 8Bitdo Sn30 to play classic and modern games on the Switch. However, the 8Bitdo Sn30 only has a battery life of 20 hours and doesn’t feature an NFC reader, which limits its capabilities.

The Switch’s Joy-Cons don’t cut it for most GameCube games like Super Smash Bros Melee. Nintendo does have an official GameCube controller for the Switch, but it’s a hard item for gamers to get their hands on since the controllers are always out of stock. But the PowerA Wireless GameCube Style Controller for Nintendo Switch is almost identical to the official Gamecube controller and is much easier to find.

The PowerA Wireless GameCube Style Controller also features Bluetooth 5.0, giving it a transfer speed of 2Mbps and a range of 800 feet. Although, the controller’s 800-foot range won’t be much use to gamers unless they have some binoculars handy.

Like the PowerA Enhanced Wireless, the PowerA Wireless GameCube Style Controller comes in dozens of colors and is powered by two AA batteries to give it 30 hours of battery life. It also features an extra shoulder button above the left thumbstick on the controller that users can map to any function they’d like.

However, the PowerA Wireless GameCube Style Controller does not support HD rumble or Amiibo support, giving the Pro controller an edge when it comes to overall features.

In addition, the new Nintendo 64 controller comes with a couple of extra features, like built-in wireless and rumble support. Rumble support makes it compatible with games like Star Fox 64. Although the controller is wireless, it doesn’t need batteries and instead relies on a USB-A to C cable for charging. This cable plugs directly into the Switch, so it’s easy to keep the controller charged at all times.