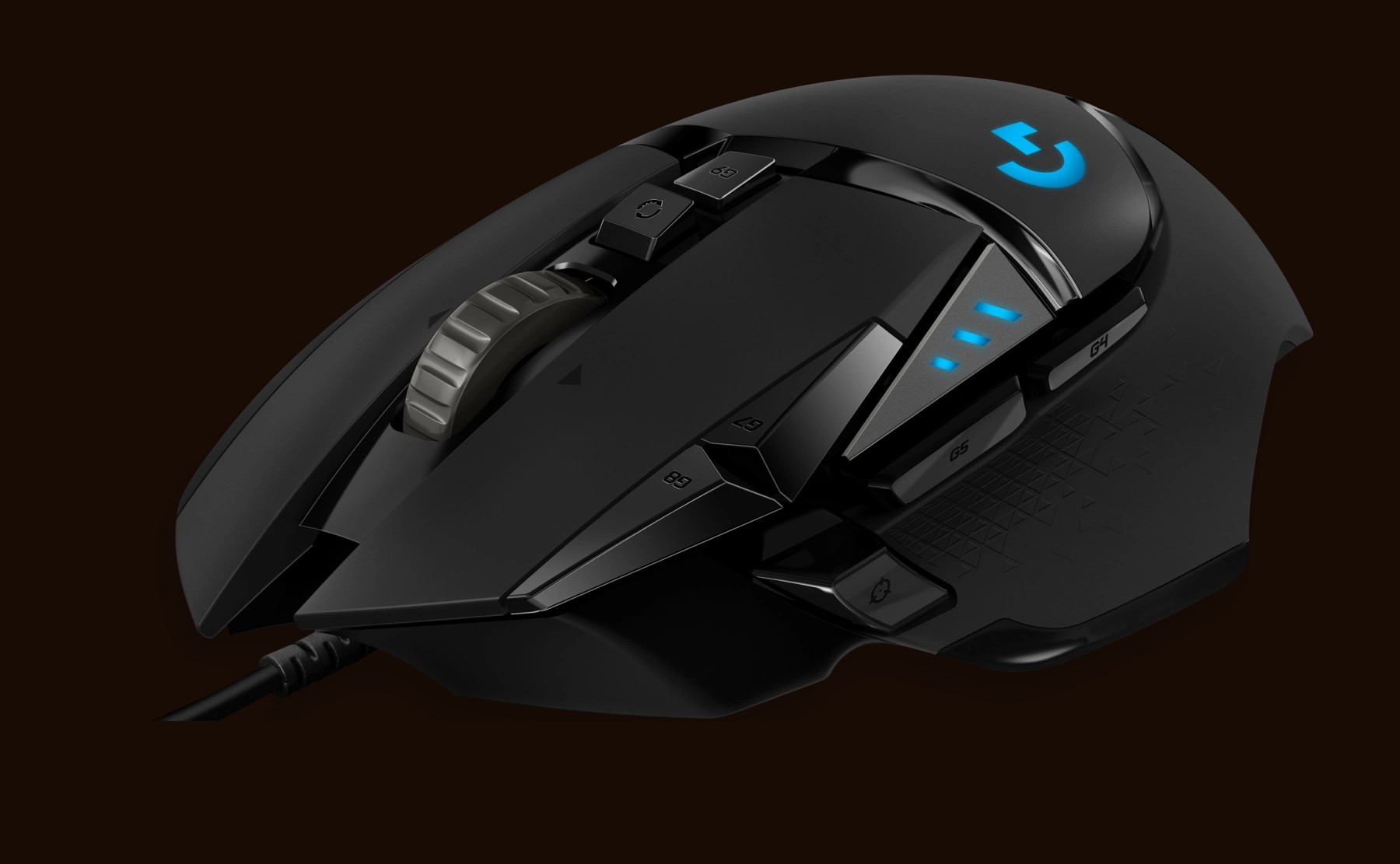 A good gaming mouse is one of the most important tools in a gamer’s arsenal.

Competitive shooters like Call of Duty require precision and speed. MOBA titles like DOTA 2 require a flexible mouse with decent accuracy. If you spend hours gaming, it makes sense to invest in a comfortable mouse with all the features you need.

An ideal gaming mouse should suit your preferred grip style and sensitivity. It should also have programmable buttons to increase your in-game efficiency. There are countless options out there, like ergonomic mice or mice for big hands and small hands. Many fantastic wireless gaming mice are now available, but most players still prefer the responsiveness of a wired mouse.

Here are the best wired mice for gaming.

The Razer Viper 8K is a revolutionary mouse perfect for left or right-handed users with its ambidextrous design. Most gaming mice have a polling rate of are around 1,000Hz, but the Viper 8K ups the game with a massive 8,000Hz.

The polling rate is the number of times the mouse reports to your PC every second. This means that most gaming mice report 1,000 times a second, and the Viper 8K reports 8,000 times a second. This increase translates to faster response times, which Razer claims is around 0.125ms. Not every user will notice the benefits of the new 8K technology, but it might appeal to esports athletes.

Razer’s Viper 8K also impresses in other areas, like having seven programmable buttons with optical switches. The sensitivity goes all the way up to 20,000 DPI, and there’s also programmable RGB lighting. Despite its cutting-edge technology, the Viper 8K is replacing the standard Viper without a price increase.

The Logitech G502 Hero is a fantastic choice if you need extra buttons. It comes with 11 customizable buttons, and they are all intuitively placed and easy to reach. You can also set up five configuration profiles on the mouse to easily switch between games like Overwatch and League of Legends. The sensitivity can be adjusted from 100 DPI all the way up to 16,000 DPI, and it has a polling rate of 1,000Hz and an industry-standard 1ms response time.

One of the superb customization features of this mouse is the ability to change its weight to suit your needs. You can open a panel and use the 0.12-ounce chevron-shaped weights to make your G502 heavier or lighter. Compared to many gaming mice, the RGB lighting on the logo is refreshingly subtle. The G502 is one of the best wired mice for gaming, and the price isn’t bad either.

The Glorious Model O is an excellent choice if you prefer a lightweight gaming mouse. It has a honeycomb design on the palmrest that keeps the weight down to around 67 grams, making it the world’s lightest gaming mouse. It may be light, but it still has impressive performance with a 1,000Hz polling rate and sensitivity going up to 12,000 DPI.

This mouse only has six buttons as another weight-saving strategy, so it might not be ideal for MOBA games like League of Legends or DOTA 2. They use durable Omron switches rated for around 20 million clicks.

The Razer Naga Trinity is a mouse with outstanding customization options and a fair price. It has a sleek shape that’s comfortable in hand. The Nage Trinity stands out because of its swappable side panels that cater to different types of games.

The first panel has 12 buttons in a grid layout to map your abilities when playing MOBAs like League of Legends. The second panel has seven buttons in a circular pattern that may be easier to use for less-demanding titles. If you don’t need so many buttons, you can use the panel with the standard two buttons.

Razer’s Naga Trinity has fantastic features, and you can adjust the sensitivity between 100 to 16,000 DPI. Users can also set up different profiles using the Synapse software that recognizes which panel is currently installed. The Razer Naga Trinity is terrific if you need the extra buttons or play games from many different genres.

SteelSeries’ Rival 710 is another modular mouse with a solid set of features. The main talking point is the OLED screen on the left side that can show in-game stats from games like CS:GO and DOTA 2. It can also be used for Discord notifications or to display GIFs. The modular features include a replaceable sensor and backplate. Users can choose between a braided and non-braided cable.

Another feature you don’t often find on gaming mice is haptic feedback. You can configure it to vibrate when individual buttons are pressed or match in-game events like an ability to get fully charged. Everything from the polling rate to the two RGB lighting zones can be configured using the SteelSeries Engine software. The Rival 710 is innovative, but most people won’t use all the features.

The Logitech G203 is perfect if you just want a great gaming mouse without so many customization features. The G203 has a very understated look with the standard six buttons found on most mice. The only hint of its gaming pedigree is the RGB lighting on the logo and palm rest. There are three lighting zones, and you can configure them using the Logitech G Hub app.

The G203 may look unassuming, but it still has an 8,000 DPI sensor that can be adjusted on the fly. All the buttons are well-placed and have a tactile feel. You can program unlimited profiles using the app, but none are stored on the mouse itself. The Logitech G203 is one of the most affordable ways to get a great gaming mouse.

The Razer DeathAdder V2 is the latest version of the DeathAdder. It features an upgraded sensor and switches. This gaming mouse hasn’t got the most buttons or customization options, but it has outstanding functionality and price. The DeathAdder V2 has seven programmable buttons and comes with Razer’s optical mouse switches. It has a polling rate of 1,000Hz, and you can also adjust the sensitivity up to 20,000 DPI using the two buttons behind the scroll wheel.

The optical sensor can track at 650-inches per second to ensure the smoothest movement possible. Like most gaming mice, it also has RGB lighting that can sync with your keyboard or headset using the Razer Chroma app. There are 16.8 million colors to choose from with presets like Breathing, Wave, and Fire. The Deathadder V2 offers incredible value and excellent performance.