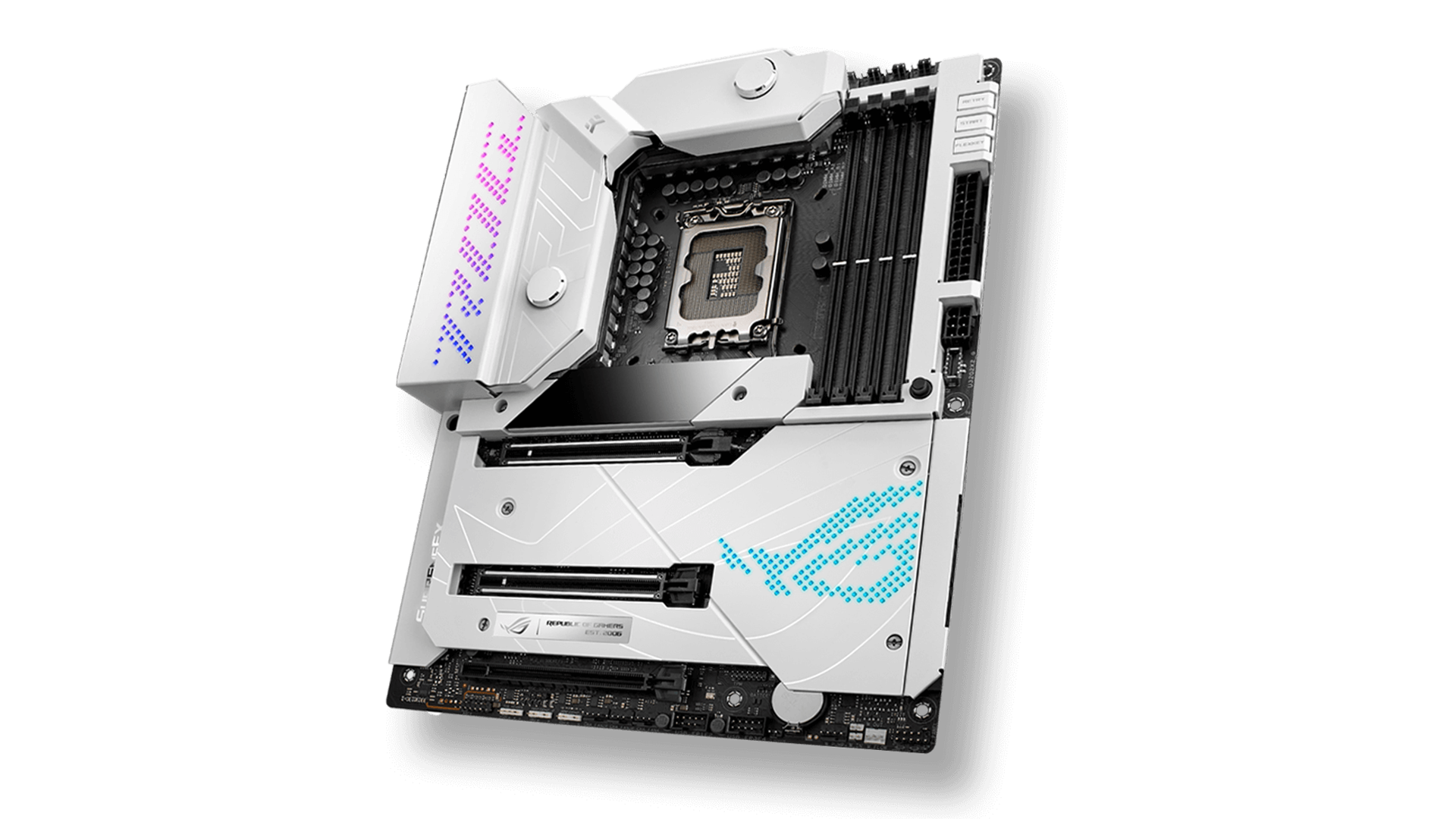 There are a handful of features that gamers can’t live without. These features include high-speed PCIe and RAM slots, fast networking, and customization options. Without these features on a motherboard, a PC won’t perform optimally, no matter how powerful the rest of the hardware is.

Below are the best white motherboards for AMD and Intel, along with a brief explanation of why they deserve a spot on this list.

The NZXT N7 Z490 is a motherboard that only shows off what it needs to. On the board’s face, non-essential components are masked by a white shell to give the motherboard a minimalistic aesthetic. For compatibility, the NZXT N7 2490 supports 10th-generation Intel processors that use the LGA1200 socket.

In addition to being stylish, the NZXT N7 2490 also has everything a motherboard needs for high-performance gaming or content creation. For example, the bottom half of the board features two PCIe 3.0 slots. Although PCIe 3.0 isn’t the latest iteration of PCIe and runs at only half the speed of PCIe 4.0, the older hardware has negligible effects on graphics cards. In addition, the NZXT N7 2490 also features the latest Wi-Fi technology, Wi-Fi 6. The newer Wi-Fi 6 more than doubles the speed of Wi-Fi 5 to make it a solid feature for anyone that doesn’t have access to an Ethernet connection.

However, the board features four DDR4 RAM slots, and this could be a deal-breaker for some forward-thinking players. With DDR5 bringing a 50 percent increase in bandwidth, users would benefit from choosing a DDR5 motherboard if they want a board that won’t need an upgrade for some time.

An added convenience of the NZXT N7 Z490 is the useful NZXT CAM software. The NZXT CAM software lets users take full control of their PC’s fans and power consumption. This is useful for gamers who frequently overclock their PC.

The Gigabyte B550 Vision D-P is a black motherboard complemented by accents of white that supports the latest AMD Ryzen 5000 series and third-generation Ryzen processors.

Unlike the NZXT N7 Z490, the Gigabyte B550 Vision D-P features PCIe 4.0. PCIe 4.0, in some cases, means faster NVMe storage transfer rates. However, only the latest SSDs will benefit from PCIe 4.0.

A few additional notable features of the Asus Prime Z390-P LGA1151 are its energy-efficient technology, EZ Tuning Wizard in the BIOS, and FanXpert 4. The Asus Prime Z390-P LGA1151 prioritizes energy reduction by shutting down unused I/O slots when not in use. Additionally, the EZ Tuning Wizard automatically applies overclocks based on performance. And finally, the FanXpert 4 software allows users to customize fan speeds outside of the BIOS.

BIOS flashback, on the other hand, serves a much different purpose. With a BIOS flashback button built into the motherboard, users can update or modify their BIOS firmware without a CPU installed. This is an important feature for any user installing newer CPUs because not all CPUs will work out of the box. But, with the BIOS flashback feature, users can quickly update the firmware needed to run the CPU.