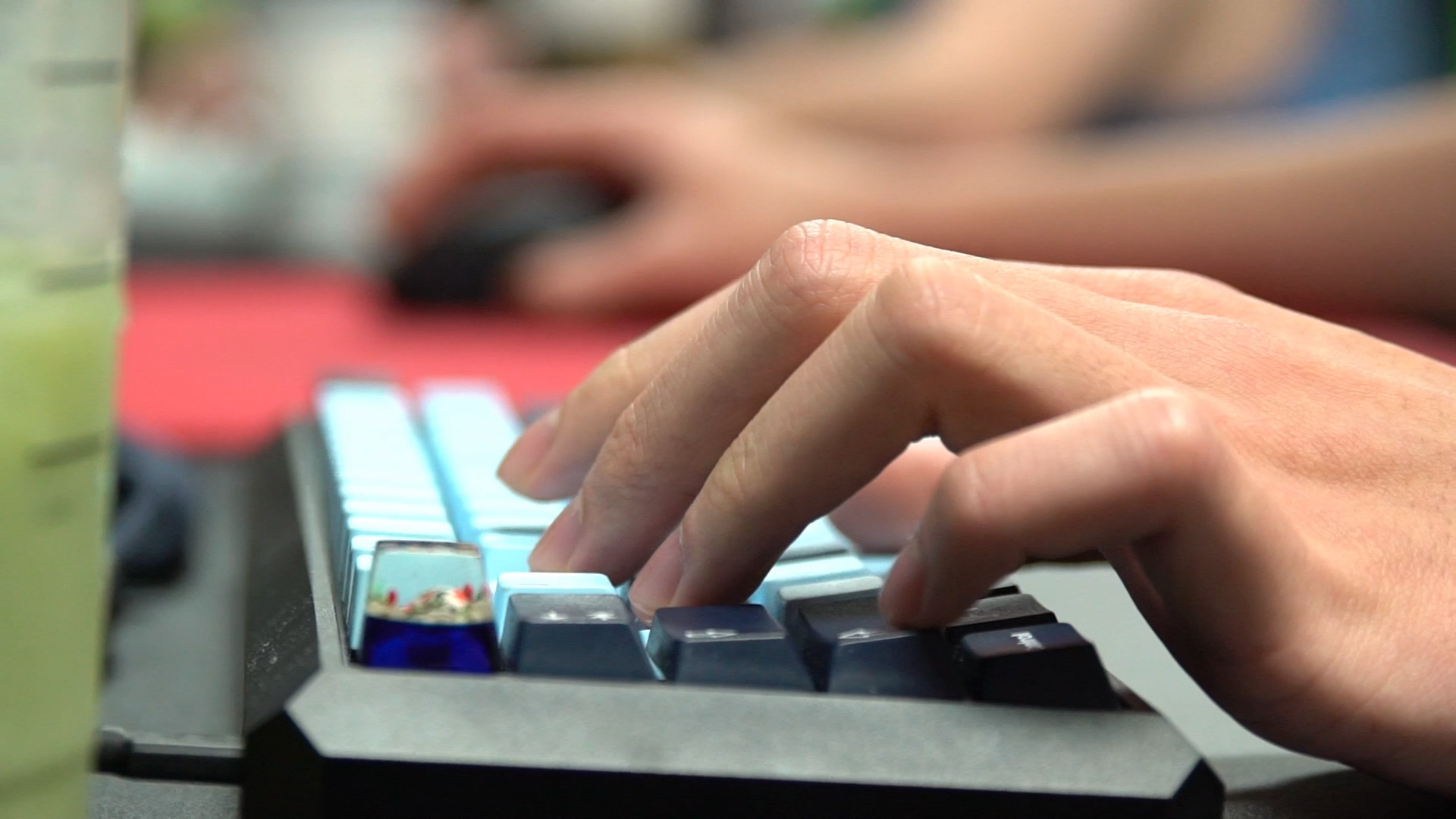 Gaming gear has its own aesthetic: edgy black with RGB lighting. As gaming grows and expands to different audiences and personalities, the style adapts and changes. More companies offer gear in alternative colors, and white gear is increasing in popularity.

White gaming gear won’t appeal to everyone, especially since cases and monitors have yet to fully catch onto the trend. Options are limited, since the trend is still catching on. Most big companies offer alternative colors for headsets, but stop short of keyboards. SteelSeries, for example, makes a variety of headset colors, but all of their keyboards are still basic black.

While white keyboards exist and are popular among Mac users, this list limits it by both mechanical keyboards and those fit for gaming. A Mac keyboard will not hold up to the pressures and frequent keystrokes required of a gaming keyboard. Mechanical keyboards are generally faster and rated for higher keystrokes over their membrane counter parts.

Volume isn’t the main focus, but mechanical keyboards can vary from minimal clicks to loud, clacky monsters. Most keyboards have standard Cherry MX switches that have a range of volumes. Razer has their own custom range and names. If you want loud, clicky keyboards, Cherry MX Blue is the loudest. If you want silent, Cherry MX Silent or Black are good options. Cherry MX Red is the standard, tactile and mildly clicky sound most keyboards will have.

Corsair’s K70 is a full-sized keyboard with an attached wrist rest. As with a lot of white versions, it is limited compared to the black option. If players want the black keyboard, they can choose between a variety of switch types. The white version, however, only offers the Cherry MX Speed switch.

Cherry MX Speed switches sound similar to the Cherry MX Red. They are quiet enough but will disappoint gamers looking for a silent keyboard. All of Corsair’s keyboards have anti-ghosting so players don’t need to worry when holding down multiple buttons at the same time. This may not seem like much, but in game, when you’re running in a diagonal or rapid crouching to dodge that sniper bullet, multiple buttons may be pressed simultaneously. Using abilities in game while running is important, regardless of genre. Anti-ghosting is important so every press registers on the device.

The white version isn’t fully white. It’s an aluminum frame with white keys. The silver and white are light enough to pair well with a clean, all-white set up. The K70 features an 8MB onboard memory and three different profile options. It’s iCUE compatible, which lets owners set up color profiles and variations.

For now, this is the only white keyboard offered by Corsair. As the trend gains traction, we expect to see more with different switch options and size variations.

Razer is leading the white peripherals trend with its Mercury Collection. Most of their products are available in “Mercury White.” The items in this collection have white bodies with silvery-grey keys and RGB backlighting.

The white Huntsman comes with Razer’s optical switch, a “light and clicky” switch with a rapid response time. The keys feature a stabilizer bar, faster actuation, and are rated for over 100 million keystrokes, making the Huntsman one of the most durable keyboards on the market. It features anti-ghosting, letting players play comfortably and naturally. Every key press will register, even if it’s two at the same time.

Razer’s products work with Razer’s Chroma software. The program lets players program macros and customize the lighting on their device. The Huntsman combines a small onboard memory and cloud storage to remember macros and profiles.

The Razer Huntsman Mini is the Huntsman but in a smaller, tenkeyless (TKL) package. Ideal for someone with less space, this compact keyboard has all the bells and whistles for a typical Razer product: RGB backlighting, Razer Chroma compatibility, optical switches for fast response, onboard profiles, keyboard shortcuts for lighting effects, and durable 100 million keystrokes lifespan. The aluminum construction makes it particularly durable and gives it a nice profile over a typical plastic construction.

Razer’s BlackWidow Lite is another TKL keyboard in their slick Mercury White family. It features a silver aluminum body and white keys. The BlackWidow Lite is not as fancy as the rest of the Razer family. This is the no-nonsense cousin with a white backlight and no RGB features. It still has the 10 key rollover and anti-ghosting we expect from the big gaming brands.

The keys use Razer’s orange switches, which, according to Razer, are tactile but silent. They provide the same tactile sensation of a mechanical keyboard but lack the clicky sound we’ve come to expect. They have some audio to them, as all keys will.

The BlackWidow Lite is rated for 80 million keystrokes and fully programmable macros. Because of its white backlight, it doesn’t work with Chroma so do not expect to have a bunch of color profiles on this keyboard.

If you use a lot of macros, get the RedDragon K550. This slick, white keyboard has 12 macro keys for the ultimate customization, and for the low price, it’s well worth the cost. It also offers media keys, backlighting, anti ghosting and rollover, and more. It’s crafted of aluminum and features a detachable wrist rest for comfort during those long gaming sessions.

The backlighting has 18 different modes, eight different colors, five brightness levels and breathing speeds, as well as user-defined backlight settings. This is a full-sized keyboard with 131 molded keycaps. The switches are Cherry MX Brown equivalent, featuring a moderate click and tactile feel.

RedDragon offers a similar model, the K552 mechanical gaming keyboard. This one is a compact, TKL version. The smaller form takes much of the appeal from the large version. It lacks the 12 macro keys. In doing so, it reduces the price. If you liked the look of the previous model, a compact version with less bells and whistles is a good choice.

This compact model has 87 keys (compared to the full-sized keyboard with 131 keys). It has the same backlighting options: 18 different modes, nine colors, five brightness levels, etc. This model doesn’t come with a wrist rest, however.

The E-Element Z88 is a full-sized keyboard with 104 keys. It has programmable RGB backlighting with 10 backlighting modes and keyboard shortcuts for different modes. There are two models with different switch options for the same price: blue switches for a loud, clicky experience, or brown switches for a quieter but tactile session. It has a detachable micro USB cable with different channels to route the cable depending on your desk space needs. The keyboard is water resistant with drainage holes in the back for any spills. The panel is an aluminum alloy, making it durable for long sessions and just looks better than the typical plastic panel.

Compared to the other keyboards, this keyboard seems minimalistic. It cuts the cost significantly while maintaining that slick gamer feel in white and RGB. It may not have Razer’s Chroma or Corsair’s iCUE software, but owners can cycle through the color options with quick keystrokes. Like the bigger brands, it offers anti-ghosting for quality gameplay.

The keyboard can have three different switches: brown, red, and blue. Red will be quiet and less tactile, while brown is tactile with a medium click, and blue is loud and tactile. It has 10 modes for the RGB lighting and flashing speed. These color presets vary from multicolored to solid colors. According to the listing, almost every color can be configured. It has anti-ghosting so every keystroke will register, even if pressing multiple buttons at the same time.

A major selling point for this cheap, compact keyboard is the lack of drivers or software. Plug in and play. It features function key shortcuts bringing up the web browser, volume, media, calculator, email and more with a series of clicks.

It’s cheaper than most models and made with a sturdy metal base. It’s rated for 50 million keystrokes. Like the full size version, it has a detachable USB cable that is replaceable and a three-way channel to route the cable in different directions.