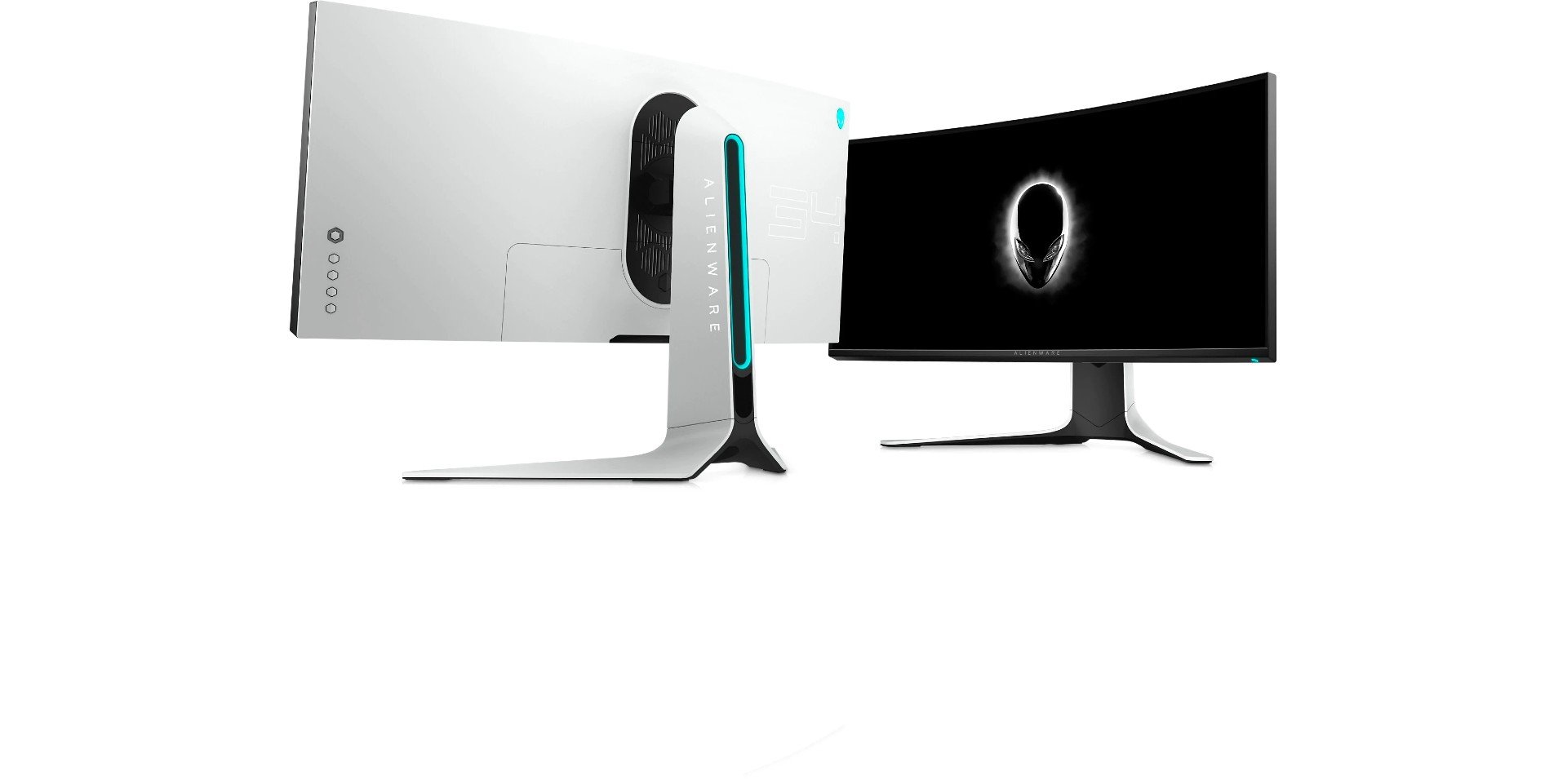 Image by Alienware via Amazon

Gaming monitors come in many different sizes and with varying capabilities. Unfortunately, most monitors look the same and come in matte or gloss black. If you’d like a white monitor to match your setup or just to be different, the options are limited.

While aesthetics are important, your monitor’s performance should be the priority. The latest titles are often fast-paced and have high-resolution graphics. A good gaming monitor will have features like a fast refresh rate and full HD resolution to keep up.

Most manufacturers have a range of black monitors in their lineups, but white monitors are scarce. Out of the few white monitors available, most are geared toward office use, and it can be difficult a white monitor that is ideal for gaming.

Here are some of the best white monitors to make your search easier.

The Alienware AW3420DW is a top-notch gaming monitor with outstanding features. It’s a 34-inch widescreen monitor with a 3440×1440 WQHD resolution in the 21:9 ultrawide aspect ratio. The widescreen offers incredible immersion for certain game types, but it’s not the best for fast-paced online shooters like VALORANT or CS:GO because you have to move your head to see some of the action.

This monitor comes with a 120 Hz refresh rate and a quick response time of 2 milliseconds, which is pretty good for this size. There’s also G-Sync compatibility to make the graphics smoother if you have an Nvidia graphics card. The IPS panel provides better viewing angles than a TN or VA monitor and delivers a 138 percent standard Red Green Blue (sRGB) gamut.

The AW3420DW follows Alienware’s Legend design theme and looks classy with tasteful RGB lighting. The back of the monitor is bright white, but the front has regular black bezels and a black stand. A couple of its disadvantages are that it’s costly and that the aspect ratio isn’t widely supported by movies and TV shows.

The Viotek GN34CW is also a 34-inch widescreen monitor, but it costs a fraction of the Alienware AW3420DW. It has the same WQHD resolution and 21:9 aspect ratio, but it has a lower 100 Hz refresh rate. The response time is also slower at 4 milliseconds. Compared to the Alienware AW3420DW, there’s no G-Sync. Instead, the GN34CW is loaded with AMD FreeSync.

Unlike the Alienware model above, this Viotek model uses a VA panel with a 3000:1 contrast ratio. Connectivity options include most modern connections like an HDMI 2.0 port, a DisplayPort 1.2, a DVI port, and a 3.5-millimeter jack. While all the monitors on the list are white, this monitor’s bezel-less design and mix of silver and white are exceptionally striking. There’s also no gimmicky RGB lighting, so it fits in both a home or office environment. For the price, you can’t go wrong with the Viotek GN34CW.

The Alienware AW2720HF is a 27-inch monitor that’s more suited for competitive gaming than the previous two monitors. It has an impressive 240 Hz refresh rate and a 1 millisecond response time to keep up with the fastest games. It’s also compatible with both Nvidia G-Sync and AMD FreeSync, so it will work with whatever graphics card you’re using.

The IPS display has a Full HD 1920×1080 resolution, which is lower than the other screens mentioned on the list. It comes with an HDMI 1.4 port, a DisplayPort 1.2,  a headphone jack, and an audio line-out jack. There’s also a USB 3.0 upstream port and four downstream ports. The upstream port connects to your PC, and the downstream ports can connect to other devices.

The AW2720HF looks similar to the AW3420DW with a sleek white and silver color scheme. It follows the Alienware style of having minimal RGB lighting and eye-catching looks that differentiate it from other premium gaming monitors. It may be pricey, but it’s worth every cent.

The Acer ED242QR is another monitor ideal for gaming or office use. It’s a 24-inch curved monitor with Full HD 1920×1080 resolution and a 16:9 aspect ratio. The 75 Hz refresh rate isn’t anything to write home about on a gaming monitor, but it’s better than most standard monitors. The four millisecond response time is also average. The gamer-centric feature that makes a difference is the FreeSync compatibility that prevents screen tearing for a smoother experience.

It’s a bit disappointing that this monitor has limited connectivity options, featuring only an HDMI port and a VGA port. There’s no DisplayPort, USB ports, or headphone jacks. Some of its other features include Flickerless and BlueLightShield technology to protect your eyes. The Acer ED242QR has clean lines and a minimalist look. The full-white colorway is also a refreshing break from all the drab black monitors out there.

The LG 27UL500 has the highest resolution of any monitor on this list, and it looks great too. It comes with a 27-inch IPS screen with 4K UHD 3840×2140 resolution and HDR10 compatibility. It has excellent picture quality and a 98 percent sRGB gamut. The 60 Hz refresh rate and five-millisecond grey to grey (GtG) response time are decent for a regular monitor but might be slow for competitive gamers.

The LG 27UL500 comes with FreeSync compatibility and a Game Mode. The Game Mode has presets for first-person shooters like Apex Legends or MOBA games like DOTA 2. You can also use the Black Stabilizer to enhance the visibility in dark areas of a game.

The LG 27UL500 comes with two HDMI 2.0 ports, a DisplayPort 1.2, a 3.5 mill jack, and an HDCP 2.2 port. The silver stand with a C-shaped base looks great, and so does the white backing. It’s a pity that the bezels break up the white look. This monitor offers impressive value because it has some of the best features in its price range.

The Asus VZ239H-W is a budget 23-inch monitor with a slim profile. It uses an IPS display with Full HD 1920×1080 resolution in the standard 16:9 aspect ratio. The 60 Hz refresh rate is typical for a monitor in this class and is expected at its price point. The five millisecond GtG response time isn’t the best, but it won’t make a difference to most users.

For a budget screen, the adjustability options are limited to tilting between -5 to 22 degrees. There’s no pivot, swivel, or height adjustment. The 1.5-watt speakers are a surprising addition and might come in handy if you don’t have a good headset or speakers. Connectivity options include an HDMI 1.4 port, a VGA port, and a 3.5mm jack only.

Where this monitor excels is the design. The bezel-less design combined with the circular base and two-tone colorway make the VZ239H-W visually striking. It doesn’t have the best performance or features, but it’s still one of the best white monitor options that won’t break the bank.