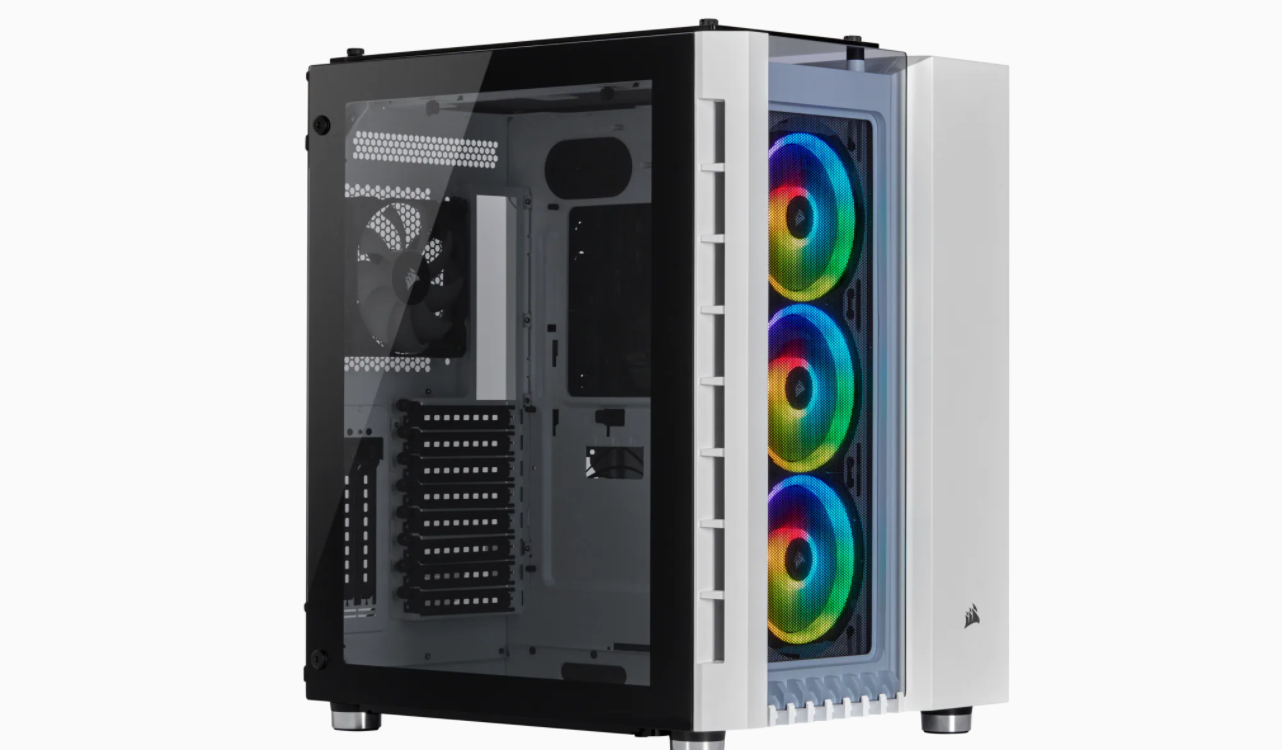 High-performance parts like the CPU and GPU get hot after extended gaming sessions and require cooling. Some buyers opt for air-cooled systems, while others prefer water-cooling to regulate their PC’s temperature. Both solutions work well, and it comes down to user preference.

If users run a water-cooled system, they need to consider the space required to fit it into the case. All-in-one units are the most straightforward water-cooling systems available, but they still require space for the radiator, water block, and tubes. More space is required if users want to install a more complex system to cool down other components like the GPU or motherboard. Apart from the physical space taken up by the water cooling components, there should be enough space for users to access other components.

Corsair’s Crystal Series 680X is a dual-chamber case designed for optimal airflow, and it also has ample space for a water cooling system.

This case is designed to circulate air and keep the components cool. It comes with three 120-millimeter RGB fans on the front panel to suck in cold air and another 120-millimeter fan on the back to exhaust the hot air in the case. There’s also ventilation on the top of the case to allow warm air to escape.

Having a dual-chamber design makes the Crystal Series 680X easy to work in. One chamber contains the PSU, cabling, and drives, while the other chamber has fan and radiator mounts to keep the heat-sensitive components like the CPU and GPU from reaching high temperatures.

Buyers can use Crystal Series 680X with air or water-cooled systems. It comes with built-in fans, and there’s ample space to add radiators and other water cooling components. The only drawback of this case is its high price, which might be out of reach for some users.

Tempered glass cases make it easy for users to show off their build. Thermaltake’s View 71 has four smoked glass windows, allowing people to view the interior from all angles. The five-millimeter-thick side panels are hinged and swing open for easy access.

Some cooling features are built into the case. Like the Crystal Series 680X, the View 71 comes with three preinstalled 120-millimeter cooling fans on the front panel. There’s also a single 140-millimeter fan at the back of the case.

The View 71 provides an excellent platform for a water-cooled build. It has enough space for multiple radiators and gives the option to mount them vertically. Being compatible with certain Thermaltake AIOs is another benefit of the View 71. This feature allows users to easily install a supported water cooling system without wondering if it will be compatible or not.

Dual-system cases offer extended functionality because they allow users to have two complete systems in one. The Corsair Obsidian Series 1000D is an enormous case with space for two systems inside. One motherboard mounts in the typical vertical alignment, while a second, smaller motherboard rests horizontally on the bottom of the case.

If users buy additional trays, the radiator capacity increases. Both the top and front panel trays increase the capacity of the Corsair Obsidian Series 1000D and can fit up to two 120, 240, 260, or 480-millimeter radiators.

Open-air cases have excellent airflow and are a fantastic way to show off a build. Thermaltake’s Core P90 has an unconventional design compared to most cases. Instead of looking like a rectangular box, the P90 is shaped like a triangular prism standing upright. Two sides of the triangle are for mounting equipment, and the other acts as the back of a conventional case with ventilation holes. Both sides house components and have five-millimeter-thick tempered glass windows to enhance the look.

The shape of the Core P90 gives users multiple options for its orientation and placement of components. Users can decide whether they want this case in a vertical, horizontal, or wall-mounted configuration. Having an open-air design means there’s less restriction on the height of radiators, and they can be installed vertically or horizontally. Like the View 71 case, users can choose between compatible Thermaltake AIO units supported by the Core P90.

The Core P90 is an ideal option for a water-cooled case because it lacks the space constraints of enclosed cases. On the other hand, it also has all the common disadvantages of open-air cases like attracting dust and being noisy.

Building a water-cooled PC doesn’t have to be expensive. The Cooler Master MasterBox TD500 is an affordable case with adequate space for air or water cooling.

For a budget case, the MasterBox TD500 punches above its weight. Like on the more expensive 680X and View 71, it comes with three 120-millimeter RGB fans on the front panel and a single 120-millimeter non-RGB fan on the back panel. The left side of the case has a tempered glass panel, and the front has a mesh cover to allow better airflow while filtering out dust.

The MasterBox TD500 may be a budget case, but it includes an ARGB controller. Users can switch between colors and presets using the controller, and it also links up the fans with other components like the motherboard and lighting strips.

Cooler Master’s MasterBox TD500 looks like a premium case despite its affordable price. It has enough space for two massive radiators and includes an ARGB controller. It might not have the most features compared to the other case on this list, but it has the best value.