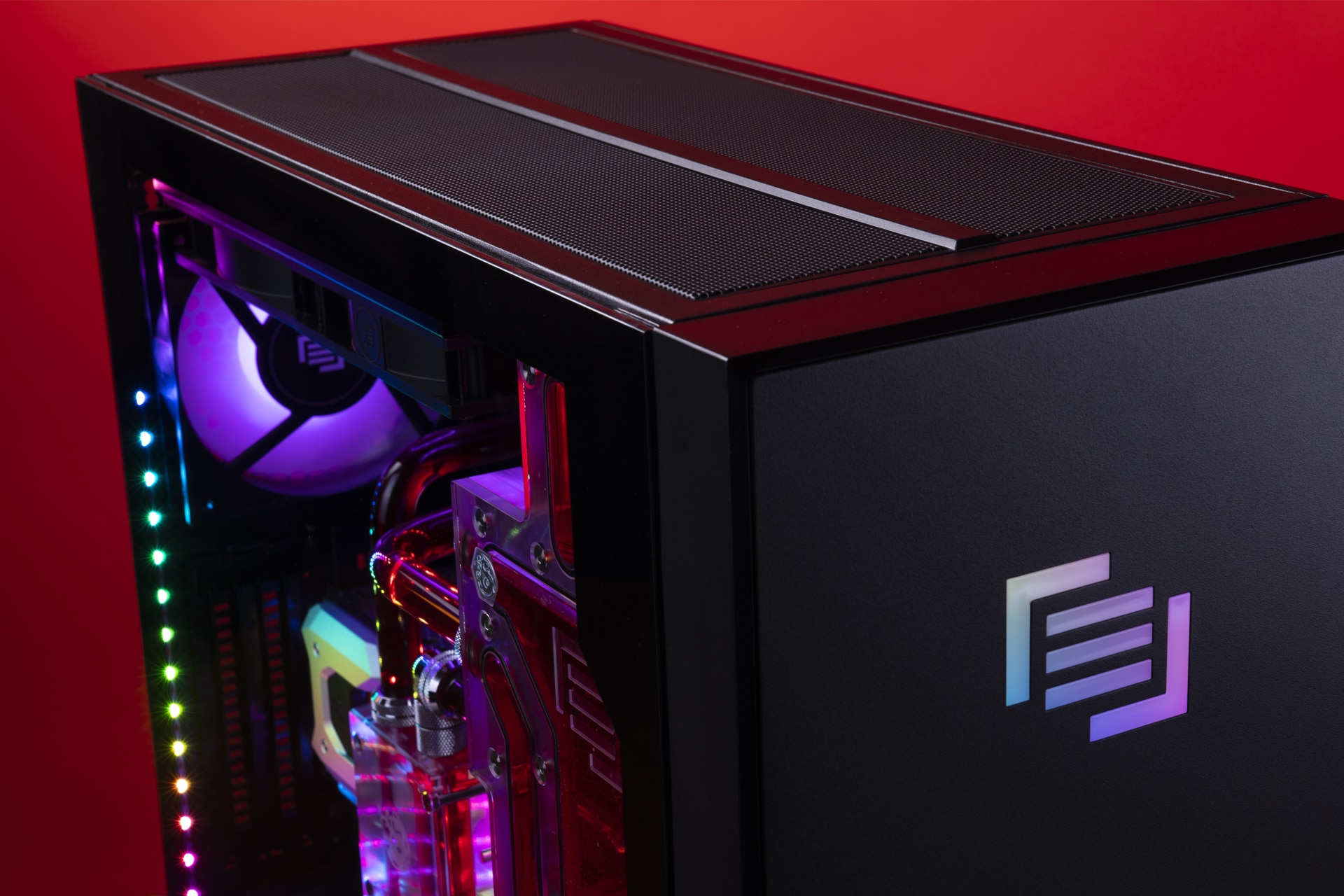 VR is slowly becoming more mainstream as technology improves and becomes more available. Cost is still a limiting factor, and you’ll need a decent gaming computer if you want to get the best out of your VR experience.

VR-ready systems need high-performance components, including a fast processor, adequate RAM, and a powerful graphics card. Below are Oculus’ recommended specs to run the Oculus Rift. We’ll be using these specs as a benchmark for what constitutes a VR-ready PC.

Any computer you buy for VR needs to meet the above specifications to run smoothly. However, if you get a computer with the minimum specs, your VR headset may not run at its full potential. It’s worth spending the extra cash on a PC that exceeds the recommended specs, so you won’t have to upgrade anytime soon.

With so many computers on the market, it can be hard to decide which option is right for you. Not everyone knows how to build their own gaming PC, and it can be more convenient to buy a pre-built PC from a reputable company.

We’ve made a list of the best pre-built VR-ready PCs to help you decide.

The Alienware Aurora R11 uses the latest Intel 10th-Gen processor and Z490 motherboard as the foundation of its performance. It comes with a Core i7-10700KF processor with 16GB dual-channel HyperX Fury RAM running at 3,200 MHz. You can expect to get excellent picture quality from the Nvidia GeForce RTX 2080 Super 8GB. There’s also a 512GB NVMe SSD for your operating system and a decent 1TB SATA drive for storage.

The Aurora R11 has a sleek curved design with a glossy black front and grey sides. There’s a single oval-shaped light strip on the front of the tower accompanied by the Alienware logo. It looks classy, but some people might prefer a clear case with visible components. Either way, this is PC boasts incredible performance and should ensure you have an immersive VR experience.

The Asus ROG Strix G15CK comes with a tempered glass panel and RGB lighting to show off the internal components. The Intel Core i7-10700KF 8-core processor is mounted in a ROG B4560 board with 16GB DDR4 3,200 MHz RAM. Powering the graphics is an Nvidia GeForce RTX 2060 8GB GPU.

This PC also has many USB ports to connect your VR headset, and it will run every game from the latest Assassins Creed to older games like Overwatch smoothly. It looks stunning, and the RGB lighting syncs with other devices like headsets and mice using the Aura app. The ROG Strix G15CK presents excellent value and more than enough performance.

You can grab this configuration with 8GB DDR 4 RAM and 1TB of storage space for a mid-range price. This PC has a plain grey case with a small triangular accent and the HP logo. It’s not much of a looker, but at least you’ll be able to use your VR headset without breaking the bank.

The CyberpowerPC GM 99577 has a bit more flair than the HP build mentioned above but comes at a similar price. This PC comes with the AMD Ryzen 5 3600 3.6Ghz processor and an Asus Prime B550m motherboard. The 500GB NVMe SSD has an acceptable balance of performance and space, and there’s also 16GB DDR4 RAM. One of the standout features is the Nvidia RTX 3060 Ti 8GB graphics card. It uses the latest Ampere architecture and can easily run most VR games.

The GM 99577 looks stunning with the tempered glass case and prominent RGB lighting on the front and back. It’s straightforward to open and spacious if you want to make any future upgrades. You also get a basic gaming keyboard and RGB mouse, but the lack of USB-C ports might put off some people.

CORSAIR ONE i160 Compact Gaming PC

The Corsair One i160 is one of the best options if you want a smaller PC, but it doesn’t come cheap. This PC may be compact, but it’s powered by the Intel i9-9900 processor and impressive 32 GB DDR 4 RAM. It also has an Nvidia GeForce RTX 2080 Ti graphics card, a 480GB NVMe SSD, and a 2TB storage drive.

Corsair’s compact PC has an elegant design and features aluminum construction. It also has discrete RGB lighting running down the sides, and it can be adjusted using Corsair’s iCUE software. The Corsair One i160 can handle anything you throw at it and more. It’s one of the more costly options on the list and has limited configuration options.

The MSI MEG Trident X 10SF-862US is another VR-ready compact PC. It features an Intel i9-10900K processor and a whopping 64GB DDR4 RAM. MSI’s compact option uses the powerful NVIDIA GeForce RTX 2080 Ti graphics card and has a massive 1TB SSD and 1TB SATA storage drive. Included in the package are a gaming mouse and keyboard.

This gaming PC has a truly magnificent design. It’s almost as small as a console and has a chiseled look with tempered glass windows and configurable RGB lighting. One of the best things about this rig is that MSI made it easily upgradable. It’s a fantastic option for your VR setup if you have a larger budget.

The Maingear Vybe 2 Boost Version is cheaper than the aforementioned MSI build. This PC uses the Nvidia GeForce RTX 1660 Ti graphics card with lower specs than the previous two entries but gets the job done. It also has an AMD Ryzen 9 3900X processor and comes with 16 GB DDR 4 RAM. Maingear’s build features a 250GB Seagate SSD and a 2TB HDD.

The Vybe 2 has a massive case with steel construction and a tempered glass panel on the left side. Compared to many rivals, it runs silently and uses a Cooler Master liquid cooling kit. The Maingear Vybe 2 is easy to customize and comes at a competitive price. It’s perfect for VR or other games like Call of Duty or Apex Legends.