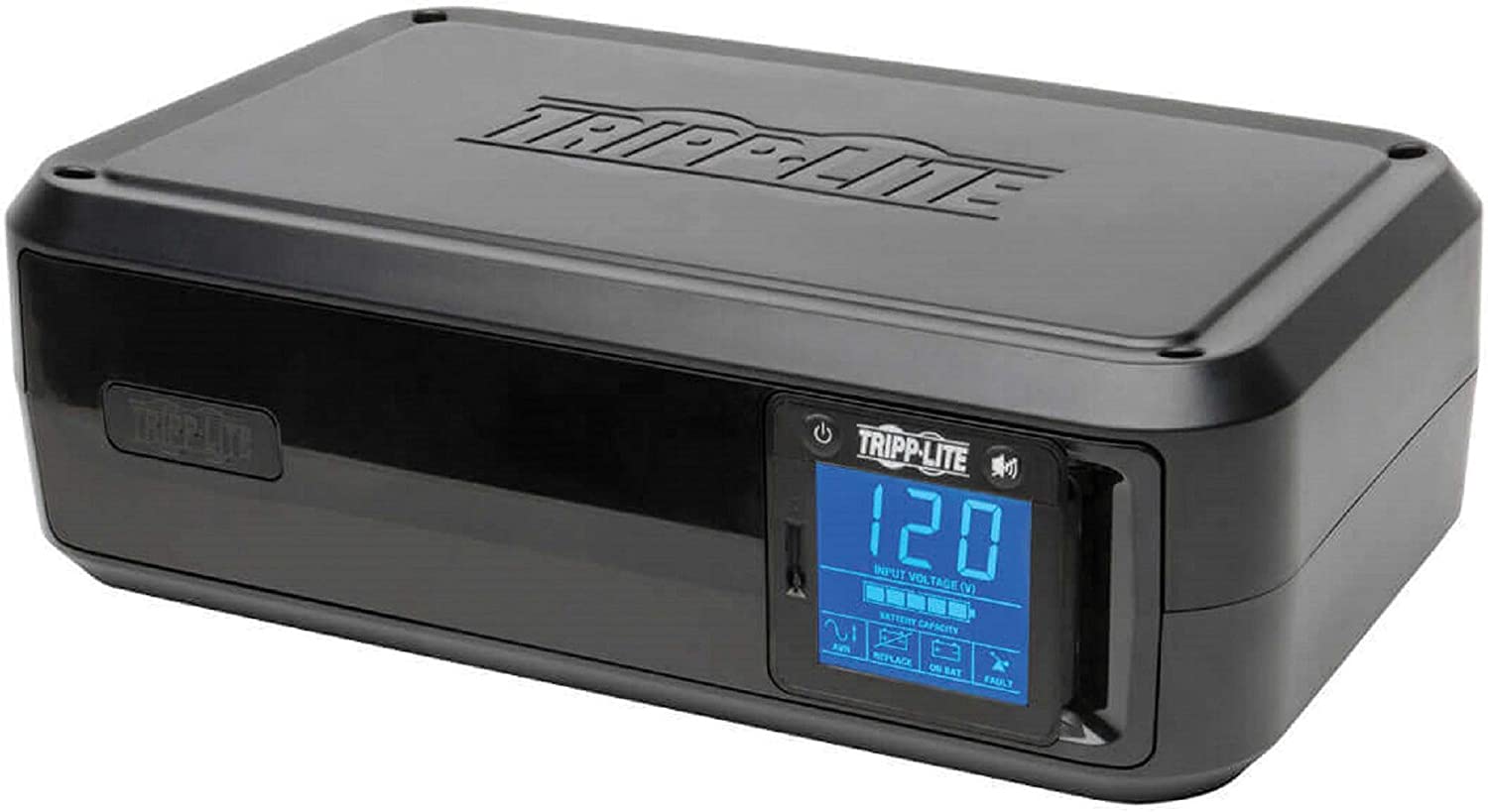 Power failures or voltage problems can play havoc with computer equipment. A sudden loss of power can cause corrupt files or a loss of unsaved work. Power loss can also cause physical damage to components which may cost a lot to fix.

An uninterruptible power supply (UPS) ensures that users can continue working seamlessly if the power fails and gives them time to shut their system down. UPS units also offer protection against voltage problems like surges and spikes that damage equipment.

When choosing a UPS, it’s critical to ensure that it has enough capacity to power all the devices connected to it. Entry-level PCs don’t use much power, but high-end gaming rigs are notoriously power-hungry and need more energy to run. Additional devices like monitors also require power and should be factored into the calculations.

These are the best uninterruptible power supplies on the market.

Tripp Lite’s SMART1500LCDT sits in the sweet spot of having a high capacity for a reasonable price. This UPS has a 1,500VA/ 900-watt capacity, which is more than enough for the most demanding gaming rig and a couple of other devices.

One of the best things about this UPS is that it’s backed up with a long warranty and includes insurance. The SMART1500LCDT comes with a three-year warranty and insurance up to $250,000. If a user’s equipment gets damaged because of the UPS being faulty, Tripp Lite will compensate them if the UPS was installed correctly under the right conditions.

There are ample outlets and ports to connect devices. This UPS has 10 power outlets, with five having a battery backup and surge protection while the other five only have surge protection. Additional ports include landline and LAN protection and a USB port.

Its robust feature set and reasonable price make the SMART1500LCDT an ideal choice for users to protect their PC. It has enough power to support multiple devices, and users get some peace of mind because they are covered against equipment damage.

Buyers with multiple PCs or office workers might need a high-capacity UPS to protect all of their devices. The APC 3000VA SMT3000C has an impressive 3,000VA/2,700-watt capacity that should be enough to run a few PCs and other small devices.

Since APC designed the SMT3000C for businesses, it comes with management software to monitor its performance. The APC SmartConnect app allows users to monitor the UPS and change settings remotely. Users can also monitor the UPS status with the LCD monitor on the front.

The ports on the SMT3000C mimic the SMART1500LCDT. There are ten power outlets and protection for telephone and LAN cables.

APC’s 3,000VA SMT3000C doesn’t come cheap, but it has a high power capacity. It’s overkill for one or two PCs and is more suited for multiple PCs in an office environment.

The Eaton 5SC1500 has enough capacity to handle two gaming PCs simultaneously. Its  1,440VA/1080-watt capacity is sufficient for covering the most demanding graphics cards and gives users enough time to exit their game and shut down if there are any power issues.

Like the SMT3000C, the 5SC1500 has an LCD screen and an app to monitor usage and change settings. The LCD screen displays information like the current battery usage as well as the battery level. Users can also install the Eaton Intelligent Power software to manage the UPS and check which devices are connected.

Another area where the 5SC1500 matches the SMT3000C is its warranty. It comes with a three-year warranty on the UPS and batteries, and it also covers users for up to $150,000 if their equipment gets damaged.

Eaton’s 5SC1500 has fewer outlets than any of the alternatives listed so far. Instead of 10 outlets, like the SMT3000C and the SMART1500LCDT, it only has eight ports. There is also a USB port to connect to a PC and a LAN port.

This UPS doesn’t come cheap, but it has a decent power capacity and intuitive software. It’s ideal for users with multiple PCs, but it may be overkill for just one PC.

Tripp Lite’s 1,000VA SMART1000LCD is smaller than the alternatives listed so far and has a lower output. This UPS has a 1,000VA/500-watt capacity, making it ideal for a single PC with a mid-range graphics card. It might not be enough to protect high-end builds requiring more power for the graphics card.

Despite its lower capacity, the SMART1000LCD offers the same warranty as its older sibling, the SMART1500LCDT. Both units have a three-year warranty and cover users for up to $250,000 if the UPS fails.

The Tripp Lite 1000VA SMART1000LCD mimics the SMART1500LCDT by giving users an LCD and software to monitor the performance and run diagnostics. Users can view the LCD screen to check information like the battery level and power usage. Another way to set up the UPS and check its performance is through the PowerAlert app.

While this UPS isn’t the best for high-performance gaming PCs, it’s still adequate for mid-range builds. It’s also inexpensive and covers users for up to $250,000 if it fails.

Buyers on a limited budget might want to consider the CyberPower EC850LCD. It’s a reasonably inexpensive UPS, but it has a low 850VA/510-watt power capacity. Since this UPS has a low capacity, it’s more suited to regular PCs than gaming rigs. If users want to add it to a gaming rig, they should ensure the PC doesn’t require more power than the UPS can provide.

It may have a low capacity, but the EC850LCD gives users similar diagnostic information to its more expensive counterparts. There’s an LCD screen on the front displaying current system information, and users can also install the PowerPanel app to change settings and view diagnostics.

CyberPower’s EC850LCD is an affordable way to protect a PC from power cuts and surges. It hasn’t got the largest capacity, but it should give users enough time to shut down their PC to prevent damage. Another disadvantage of the EC850LCD is that it doesn’t cover users for damaged equipment if it fails.