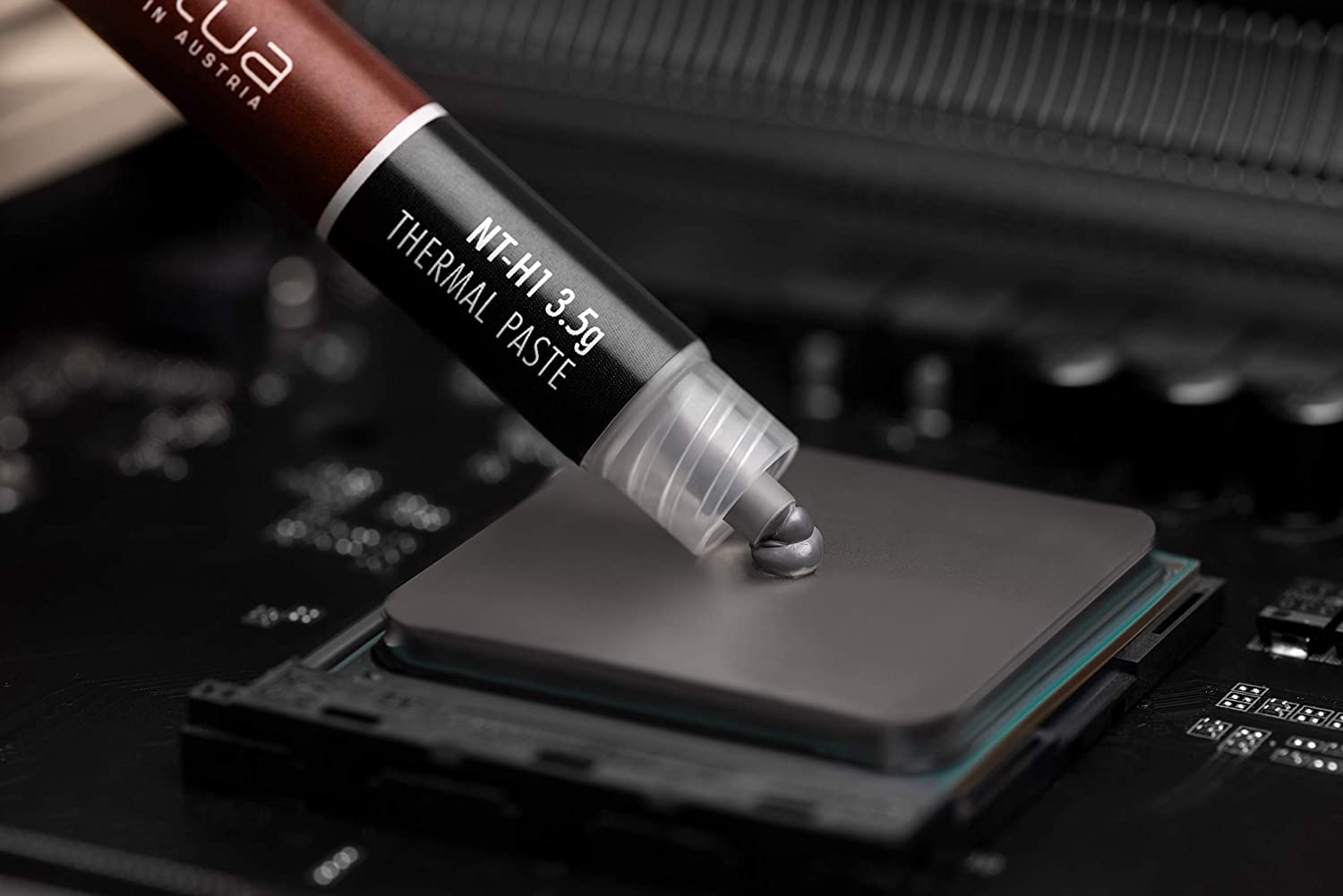 Thermal paste comes in a variety of forms and is sold by a large number of manufacturers. Despite the seemingly simple design and use cases, thermal paste is key in preserving the life of a CPU or a GPU. When applied to the heat sink of either component, thermal paste acts as a conductive mass that fills out any air pockets between a CPU or GPU and its cooling solution, such as an air cooler or all-in-one liquid cooler (AIO). For this reason, knowing which brands and what kinds of thermal paste to use is both essential and slightly daunting for those new to PC building.

The following are the top five trusted manufacturers of thermal paste, along with the differences between the most common types of thermal paste found on the market. Before continuing, please note that although thermal paste can be applied to both GPUs and CPUs, GPUs tend to require far more tedious effort and can’t have their thermal paste replaced as simply as a CPU. In addition, there may or may not be some issues with voidance of warranty upon replacing a GPU’s thermal paste. Use discretion when replacing GPU thermal paste.

The first thing a PC builder needs to identify before applying or reapplying thermal paste is what their goals are. For the general PC builder, enthusiast, or anyone in between, the best, safest thermal pastes are ceramic or silicone-based.

Ceramic or silicone-based pastes are the cheapest available. They are used by a large majority of the PC building community for their broad and safe application. Entry-level and high-end PCs alike can both use ceramic or silicone-based thermal pastes regardless of what kind of activity the PC is going to be handling as long as the cooling solution is properly taken into account.

For the high-end PC builders who are going to be overclocking the newest hardware and want the greatest amount of cooling available, it’s worth considering metallic-based thermal paste. Metallic thermal pastes boast the benefit of having a higher thermal conductivity level than standard non-metallic variants.

Typically, metallic pastes will have a conductivity of around 70 watts per square meter of the surface area (W/mK), while ceramic or silicone pastes cap out at around 8W/mK. Metallic pastes are 10 times more effective at conducting heat than standard pastes, but they aren’t without their drawbacks.

And with that, here are the five best thermal paste brands.

Arctic Silver is a brand that pops up in PC building discussions often enough to know that they’re as trusted as they are popular. The brand produces both metallic and ceramic pastes that have performed well enough to stay competitive in the market since 1999.

Even Arctic Silver’s metallic products, such as the AS5-3.5G, cap out in price at around $10, which makes it a cheap and reliable option, even for thermal paste standards.

Thermal Grizzly’s Kryonaut lineup of thermal pastes features both metallic and standard options, as well as some nifty tools to help apply the paste itself. Most PC builders will likely tell you that these tools aren’t needed, though. Use the trusted method of simply applying a pea-sized dot to your CPU and slowly apply pressure as you install your cooling solution.

Still, if you like what you see with Thermal Grizzly, you can trust that its Kryonaut product line is reliable in both price and practice.

In addition, Coollaboratory manufactures its own cleaning kit. The kit is often sold with Coollaboratory’s compounds. This is a convenient quality of life addition for cleaning the brand’s unique products off of CPUs and heatsinks.

Corsair is a brand that’s deeply involved in the PC building process. New builders quickly find that Corsair develops its own RAM, then find its lineup of fan and liquid cooling solutions, only to be surprised that the brand actually makes its own thermal compounds, to boot.

Like the rest of Corsair’s products, its thermal compounds are quick to reveal themselves to new PC builders. They are reliable, tried and tested, and have a large name backing their performance.

Unlike a lot of the rest of their products, these thermal compounds don’t come with RGB lighting and aren’t overpriced. Rest assured, it’s pretty difficult to overpay for thermal paste.

Thermal paste may not be the most spectacular piece of the PC building puzzle, but it is absolutely one of the most overlooked. Finding the right thermal paste for a PC is one of the cheapest tasks involved in the entire process, so it’s wise not to skip out on it. The $7 it takes to grab a ceramic thermal compound might save you hundreds of dollars down the line.