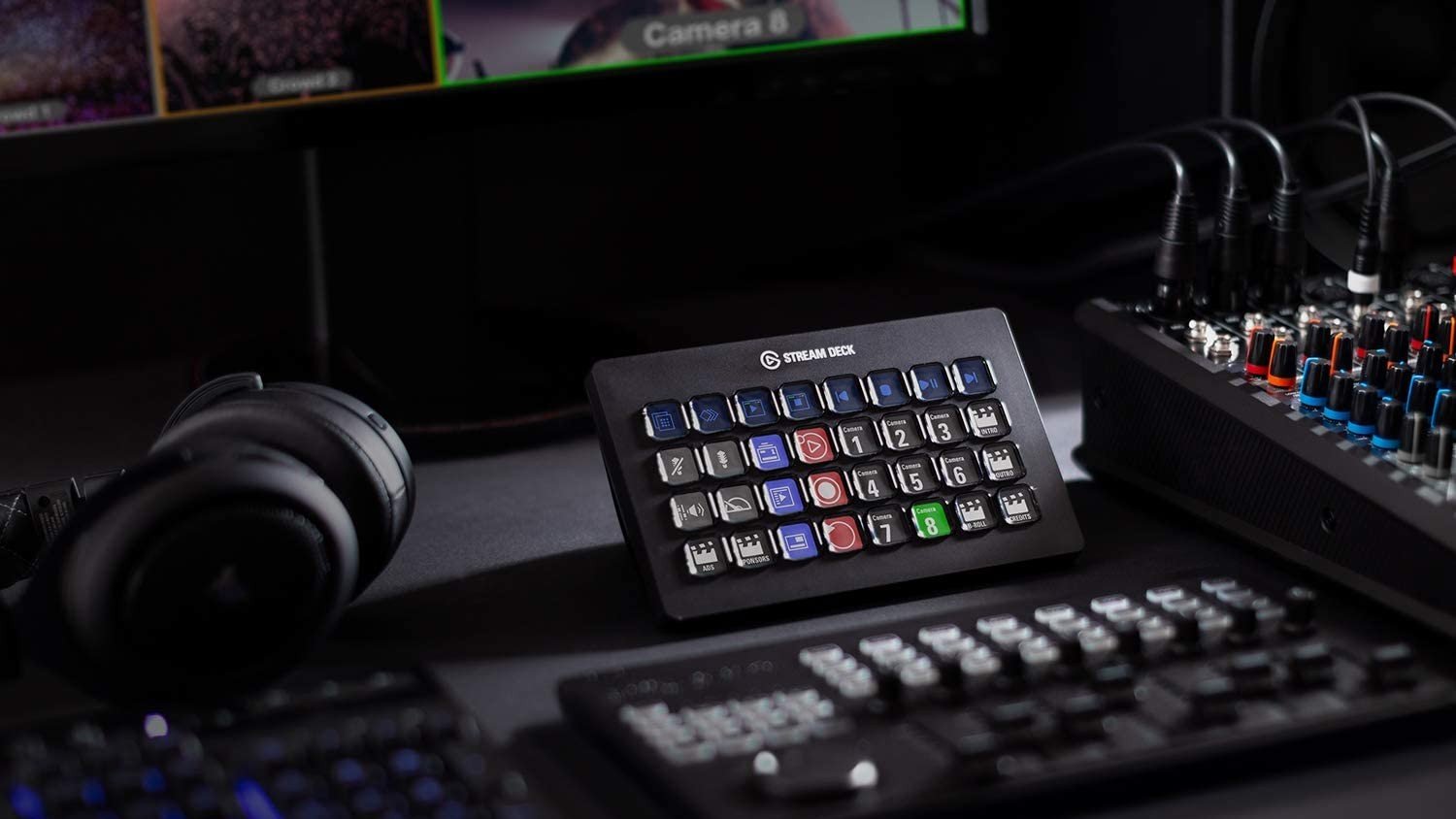 Streaming has exploded since the early 2010s and especially since the launch of Twitch TV in 2021. Since then, new technologies have cropped up to make it easier for creators to manage their content. Steam decks are tools designed specifically for streamers to give them one-touch control of their broadcasts and to run their software.

Most stream decks integrate with popular streaming software like OBS and Twitch. They allow users to map many functions and shortcuts to a single button for ease of use. Since streamers don’t have time to search for keys or navigate through different windows while they broadcast, having one-touch access to playing intros, starting advertisements, and more allows them to concentrate on their stream without unnecessary distractions.

Available stream decks are limited to a couple of manufacturers, meaning users have few options. There are also alternatives like apps, repurposing regular keyboards, and other DIY solutions.

These are the best Streamdecks and alternatives for Twitch.

While Elgato now has a range of options in its lineup, the Stream Deck XL stands out as the one with the best functionality because it has the most buttons. It has a rectangular shape measuring 7.2 by 4.4 by 1.3 inches (182 by 112 by 32 millimeters) with 32 keys in an eight-by-four configuration.

Each key is clear plastic with an LCD screen behind it. Users can map the keys to certain functions like displaying messages, switching between cameras, or opening apps. They can also map the LCDs behind the buttons with static or dynamic icons corresponding to their function.

One of the best things about the Stream Deck XL is its compatibility with applications. It works with most streaming software like OBS, Streamlabs, Youtube, Twitch, and Twitter. The stream deck also comes with Elgato’s user-friendly software to make it easy to map buttons and create shortcuts.

While the Stream Deck XL offers more functionality than its rivals, it may be overkill for some streamers. Many users don’t need so many buttons and might be better off with Elgato’s regular streaming deck, which only features 15 keys and costs less.

Elgato’s Stream Deck MK.2 builds on the success of its predecessor with minor improvements. The new version keeps the same look and 15-button layout. Most of the differences are cosmetic, thanks to the introduction of removable faceplates and a new stand. One of the most significant updates is the introduction of a detachable USB-C cable to replace the fixed cable on the older model.

While the exterior features an upgrade, the functionality remains the same. Elgato didn’t change its winning formula, and Stream Deck MK.2 integrates with the same apps as the XL version and has similar functionality. The MK.2 may be the best option for many streamers because it sits between the other models and offers the best of both worlds.

Some streamers don’t have complicated setups and don’t need so many buttons. Elgato’s Stream Deck Mini is a compact version of the Stream Deck XL and MK.2 with fewer buttons. Instead of having 15 or 32 buttons, the Stream Deck Mini only has six keys. They still have the same transparent design with LCD screens as the larger version. While Stream Deck Mini may be smaller than the XL version, it still has the same app compatibility and similar functionality.

The compact size of the Stream Deck Mini makes it discreet and easy to transport. It’s far smaller than the Stream Deck XL and Loupedeck Live, measuring just 3.3 by 2.4 by 2.3 inches (84 by 60 by 58 millimeters). While the Stream Deck Mini gives users fewer mapping options than the previously mentioned rivals, it also costs a fraction of their price and is ideal for budding streamers.

There are three dials on either side and eight buttons at the bottom. Having physical buttons and knobs is ideal for mapping slider-related tasks like adjusting volume or color saturation. A massive touch screen divided into 12 clear keys with two windows on each side dominates the center of the Loupedeck Live.

Apart from custom commands and macros, Loupedeck Live can also save profiles for different apps. When the user opens the app, the Loupedeck Live automatically detects it and changes the keys accordingly. Since the Loupedeck Live and the Stream Deck XL share similar prices, it’s up to users to decide on which one suits them best.