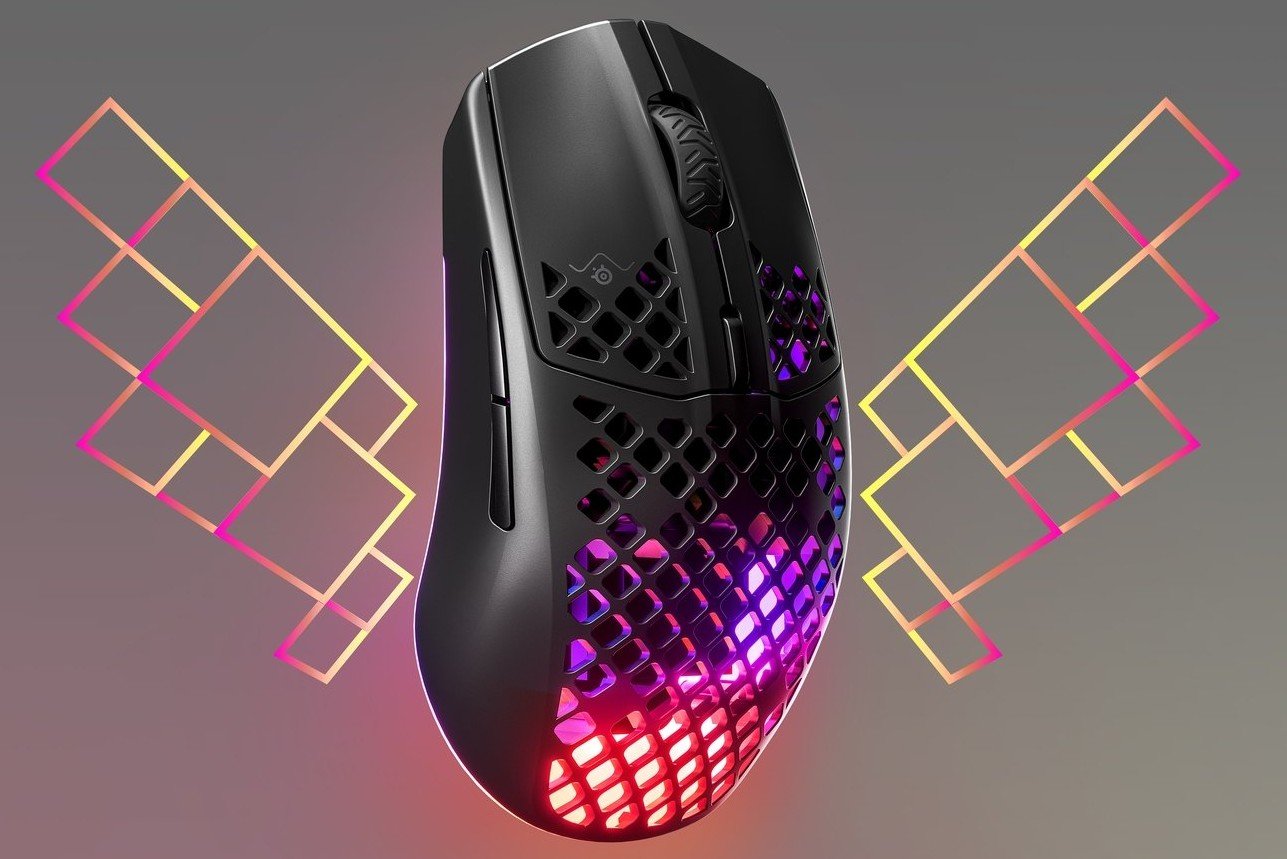 SteelSeries is a Danish company known for its excellent gaming gear. The company makes a wide selection of products ranging from gaming mice and keyboards to headsets and controllers.

The gaming mice in the SteelSeries range include wired and wireless models to suit a variety of budgets. All SteelSeries gaming mice share outstanding build quality and are capable of the speed and precision required by competitive games.

Comfort is a crucial factor to consider when choosing a mouse. The gaming mice in the SteelSeries range cater to different grips styles, and some are designed for left-handed use. SteelSeries’ mice also come in different weights because some gamers prefer a heavy mouse, while others want the lightest mouse possible.

Here’s a list of the best SteelSeries gaming mice.

The versatility doesn’t end there. SteelSeries’ Rival 650 Wireless comes with a set of eight weights to make it heavier. Each weight is about four grams, and four weights can fit on either side of the mouse under the magnetic panels. The Rival 650 Wireless’s standard weight is 121 grams, and it can climb to around 153 grams with all the weights installed.

One of the innovative features of the Rival 650 Wireless is the dual sensor system. One sensor tracks movement, and the depth sensor tracks mouse lift-off. The depth sensor tracks how far the mouse lifts off a surface and prevents the cursor from moving if the mouse is in the air. The lift-off detection on the Rival 650 is just 0.5 millimeters compared to other mice with lift-off distances of two millimeters and above. This feature is handy for first-person shooters because it allows you to pick up the mouse and keep the crosshair in place.

Performance is another strong point of the Rival 650 Wireless. The TrueMove3+ optical sensor can switch between 100 and 12,000 counts per inch (CPI). CPI is the unit of measurement preferred by SteelSeries when addressing the sensitivity of its mice. It refers to the number of steps the mouse takes when it moves one inch. According to SteelSeries, the Rival 650 Wireless offers one-to-one tracking. What that means is that the distance you move the mouse is precisely replicated by the cursor on-screen.

Versatility is another crucial factor to consider when choosing a gaming mouse. The Rival 650 Wireless comes with seven buttons, including mouse one and two buttons, a scroll-wheel, and a CPI adjustment button. The left side houses three thumb-controlled buttons instead of the usual two. The mechanical switches have a tactile feel and an expected durability rating of around 60 million clicks.

Like many gaming mice, the Rival 650 Wireless has bright RGB lighting. The lighting covers the scroll wheel and logo, and there are two light bars on each side. These areas are split into eight programmable zones, and you can configure the colors or presets using the SteelSeries Engine 3 software. The software can also be used to customize the button and sensitivity settings.

The Rival 650 Wireless is the most expensive mouse in the SteelSeries lineup because it has unmatched features. But this mouse is only worth the money if you use those features to their full potential.

The SteelSeries Sensei 10 is also a versatile mouse, but for different reasons. It’s ideal for right and left-handed gamers because of the symmetrical shape. There are also two side buttons on both sides, making the mouse practical to use no matter which hand you use.

Another excellent feature is the sensor. Just like the Rival 650 Wireless, it has one-to-one tracking. But instead of capping out at 12,000 CPI, the Sensei 10 goes all the way up to 18,000 CPI. The sensor can also track at a speed of 450 inches per second (IPS).

The main reason to get the SteelSeries Sensei 10 is for its comfort. Its size can fit most hands and should be comfortable using claw, fingertip, and palm grips. It’s also reasonably priced and offers impressive value.

Another standout feature is the haptic feedback. The haptic feedback is programmable for certain in-game events like powerups or low health in compatible games. There are 10 vibrating styles to choose from, and it’s possible to adjust the length and strength of the vibration. Unfortunately, this function has limited use and is only compatible with a handful of games.

Modularity is another advantage of the SteelSeries Rival 710. It’s possible to switch between gloss and matte finish side and top panels. The Rival 710 mouse also comes with a 3.3-foot rubberized cable and a 6.5-foot braided cable. The sensor is also swappable, and you can upgrade it to a better-performing alternative from SteelSeries. Another modular part is the nameplate on the mouse’s base. SteelSeries offers a 3D printer file that lets you print your own with customized words or images.

The SteelSeries Rival 710 has an entirely different design than the Sensei 10. It’s much larger in general, and the ergonomic shape is geared to right-handers only. Buttons include the left and right-click buttons, a scroll wheel, and two side buttons on the left. There’s also a CPI adjustment button behind the scroll wheel.

Despite its innovative features, the Rival 710 still shares some qualities with other models. The 12,000 CPI sensor is similar to the Rival 650 Wireless, and the two-zone RGB lighting mimics the Sensei 10.

SteelSeries’ Rival 710 is worth the high price if you like tinkering and appreciate features like the OLED display and haptic feedback. If not, the Sensei 10 might be a better alternative.

The SteelSeries Aerox 3 follows the trend of reducing weight to improve speed. It achieves a featherlight weight of 57 grams by using a honeycomb design. According to Steelseries, the perforated case reduces the weight by around 17 grams. The thinner circuit board also contributes towards weight reduction.

Although the Aerox 3 has holes in the shell, it’s still a durable gaming mouse. It uses a technology SteelSeries calls Aquabarrier to protect the internals, making it the first gaming mouse with an IP54 rating. The IP54 rating means the Aerox 3 can withstand mild water splashing. The mouse one and two buttons share the IP54 rating and have a life expectancy of around 80 million clicks.

The performance of the Aerox 3 can’t match the Rival 710, but it should be enough for most gamers. The sensitivity ranges between 200 and 8,500 CPI. It can also track at a maximum speed of 350 IPS.

One of the most divisive attributes of the Aerox 3 is its design. Some people love the small size and light weight of this mouse. Others prefer a bulkier mouse with a more substantial weight. The symmetrical shape makes it comfortable for either hand, but the lack of side buttons for left-handed users is disappointing.

The Aerox 3 comes in wired and wireless variants. The wireless version is more expensive and has an 18,000 CPI sensor. It’s worth getting the Aerox 3 if you want one of the lightest SteelSeries mice possible.