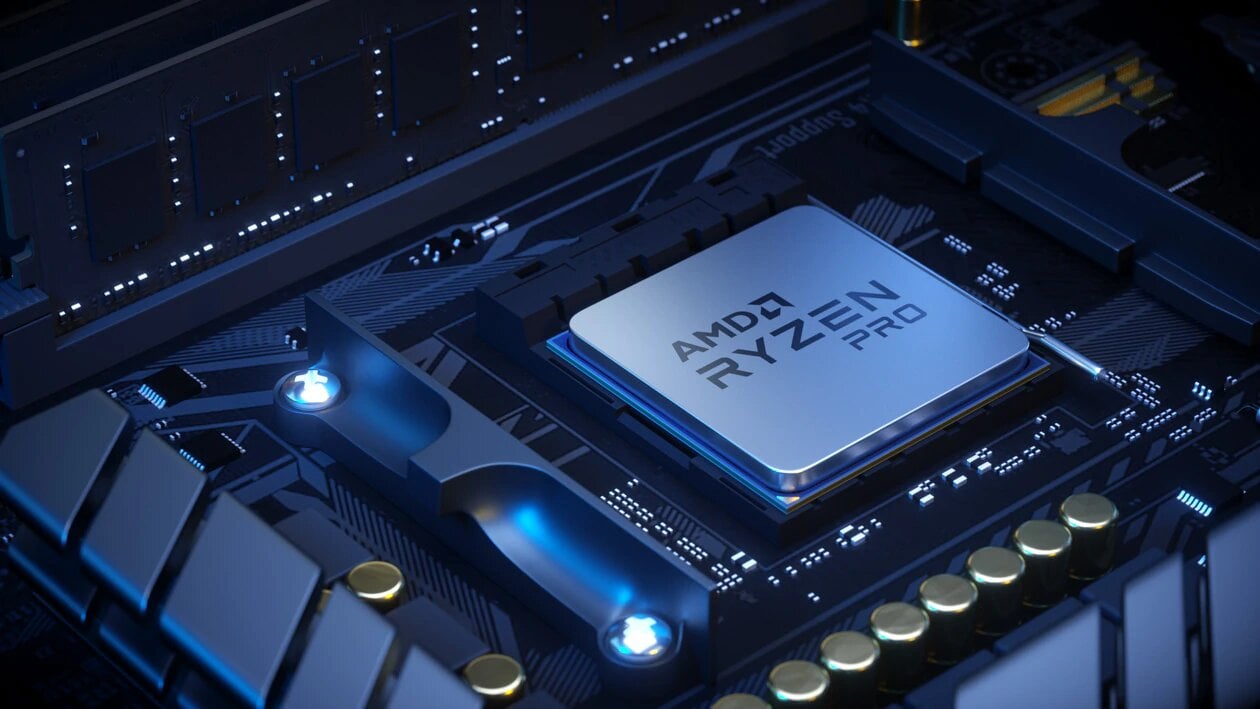 The Central Processing Unit (CPU) is responsible for managing all of the data that a user interacts with. GPUs tend to get all of the glory these days, but the truth is that a strong CPU can have just as big of an impact on a gaming PC as a GPU can. For both gaming and every day media browsing, the Ryzen CPU lineup has a host of options for all budgets that can make the difference between a rig that lags and stutters and a rig that runs buttery smooth.

When assessing your need from a CPU, consider what sort of gaming you’ll be doing, and if that gaming will be accompanied by any professional work such as video editing, 3d modeling, or something else that involves heavy asset usage. A casual gamer will be able to save a buck by sticking to the budget friendly section of Ryzens, while a professional who uses their PC for work and play will benefit more by selecting a Ryzen in the mid-range or high end list.

A budget friendly CPU today will manage all contemporary games to a reasonable degree and will come at a fair price. These CPUs, however, will struggle in asset heavy environments and won’t be the ideal choice for 3d modeling or video editing. An honorable mention has been made at the end of the budget friendly list which includes a Ryzen APU, which, while not strictly a CPU, will offer entry level rigs a strong CPU along with an integrated GPU to help users save on a ton of cash.

The Ryzen 3600 is the classic choice for budget gamers. This cheap piece of hardware is an overclockable 3.6GHz six core gaming CPU that can manage all modern games such as Elden Ring or Civilization 6 at medium to high settings perfectly fine. Unlike more modern CPUs, the 3600 runs fairly cool, and can be used in tandem with its stock cooler without any issues, although you may want to find an alternate cooler if you plan on overclocking.

When it comes to video editing, this CPU will manage smaller projects perfectly fine when used in tandem with pre-rendering techniques. Any projects that are asset heavy or aren’t pre-rendered, such as streaming a modern title at high resolutions or FPS, will test the 3600 to its limits and will likely be found wanting for a stronger CPU.

The “Xtended Frequency Range” variant of the Ryzen 5 3600 is another budget friendly CPU that offers users a slight upgrade over the normal 3600 version. The 3600X has all of the same benefits of the 3600, but with a base clock speed of 3.8GHz. That means that this CPU will perform slightly better at all tasks out of the box. If you want some extra performance out of the 3600 but don’t want to bother with overclocking, the 3600X is your best bet. Obviously, the 3600X also has the benefit of not harming the wallet.

The same downsides the 3600 has with regards to video editing and streaming can be said for the 3600X. Despite the the slight improvements in performance, both will suffer in those areas to a similar degree.

The last budget CPU on this list isn’t a CPU at all, rather an APU. An APU is essentially just a CPU that has a GPU built into it. Make no mistake, a dedicated GPU from the last 5 years is almost always going to be far superior to the graphical processing solutions integrated into APUs today, but that doesn’t mean APUs don’t have their uses.

If you plan on doing light gaming at low to medium settings, an APU will not only get the job done, but will negate the need for any GPU to accompany it. This means you can further save money when upgrading or making a new rig.

The 5600G is a fourth generation Ryzen CPU that boasts 6 cores and a base clock speed of 3.9GHz. While this might not sound like a huge upgrade over the 3600X, the 5600G is running on Zen3 architecture, a whole generational leap over its 3600X predecessor, which will have a noticeable effect on performance. Of course, the 5600G is overclockable as well.

Another benefit of this APU is that, despite the current GPU shortage which is pushing GPU prices through the roof, the 5600G has remained largely untouched by the crisis and hovers around MSRP. MSRP for a graphics solution, no matter how mundane, is nothing to be scoffed at.

A mid ranged Ryzen CPU will manage itself very well in asset heavy video editing, 3d modeling environments, and high-settings gaming. It will also limit the possibility of bottlenecking any high-performing graphics cards you might pair with it.

The 5600X is a 6 core processor clocked at 3.7GHz and a max overclocked speed of 4.6GHz, and is the first CPU on this list that starts to push the price into mid-range territory. For video editing with software like DaVinci Resolve or Adobe Premiere Pro, this CPU will absolutely handle smaller sized projects with no hiccups.

For gaming, this CPU will show no signs of sluggishness with any contemporary title, save for notoriously CPU intensive games such as ARMA 3 where it may cause some dropped frames every now and then. If you’re looking to buy a CPU that’s going to be future proofed into the next five years, but don’t want to break the bank, the 5600X is a great middle ground.

As a third generation Ryzen, the Ryzen 7 3800X uses Zen2 architecture, which makes it a slightly less efficient CPU altogether. What the 3800X has that the 5600X doesn’t is eight cores. Mind you, these are eight cores that have a max clock speed of 4.5GHz. That means this CPU is more than capable of multitasking across various heavy applications.

This makes it the perfect mid ranged choice for the professional who has multiple apps open at any given time and needs their PC to keep on chugging throughout the day, regardless of the workload. For gamers, the 3800X represents a viable CPU for running all modern titles without hiccups, along with excellent performance in video editing software for those who run YouTube channels or stream their gameplay live.

The best of the best. These Ryzen CPUs offer gamers and professionals alike the most performance possible for gaming, video editing, and other asset heavy applications. For this, they also come with the steepest asking prices of any Ryzen CPUs in existence. If you plan on doing tons of video editing, gaming, or just plain want the best Ryzen has to offer, there’s no place to go other than these high end options.

The 5900X is a 12 core processor with a max overclock speed of 4.8GHz. This CPU is running on the latest Zen3 architecture and basically destroys any task you could throw at it. Of course, most esport titles, such as League of Legends, will only utilize two to four cores at most, which means the 5900X will have no problems whatsoever pulling 200+ FPS with a reliable GPU to accompany it.

The real treat with this CPU is that when its multitasking. It can be running games that utilize as many cores as possible such as Battlefield 5, while still making full use of its high core and thread count to deliver seamless quality to the user. Real time rendering when video editing, for example, isn’t something that’s going to be an issue with this CPU, assuming its paired with a decent GPU and a fair portion of RAM. All potential buyers should note that this CPU does not come with a cooler, and will need a strong performing AIO to keep temperatures down.

The jump from the 5900X to the 5950X, despite the seemingly minor addition of an arbitrary “50”, is actually a huge jump in performance and cost, and should really only be considered by those who are completely fine with paying extreme amounts of money for extreme performance.

Ryzen’s 5950X CPU is a 16 core ultra performer clocked at a max speed of 4.9GHz. As a 5000 series CPU, it runs on AMD’s latest Zen3 Architecture, and is the best performing gaming CPU the company has to offer. Anyone making use of this CPU today will never experience any bottlenecking on the part of their processor when gaming, video editing, or streaming.

Much like the 5900X, the 5950X doesn’t come with its own cooler, and will need a strong, reliable AIO to keep temps down. This CPU also needs a strong GPU, a healthy amount of DDR4 RAM, and a motherboard to support the latest AM4 chipsets. In short, all of this means that the 5950X, while expensive, is going to force users into paying extra for other high end pieces of hardware to accompany it.