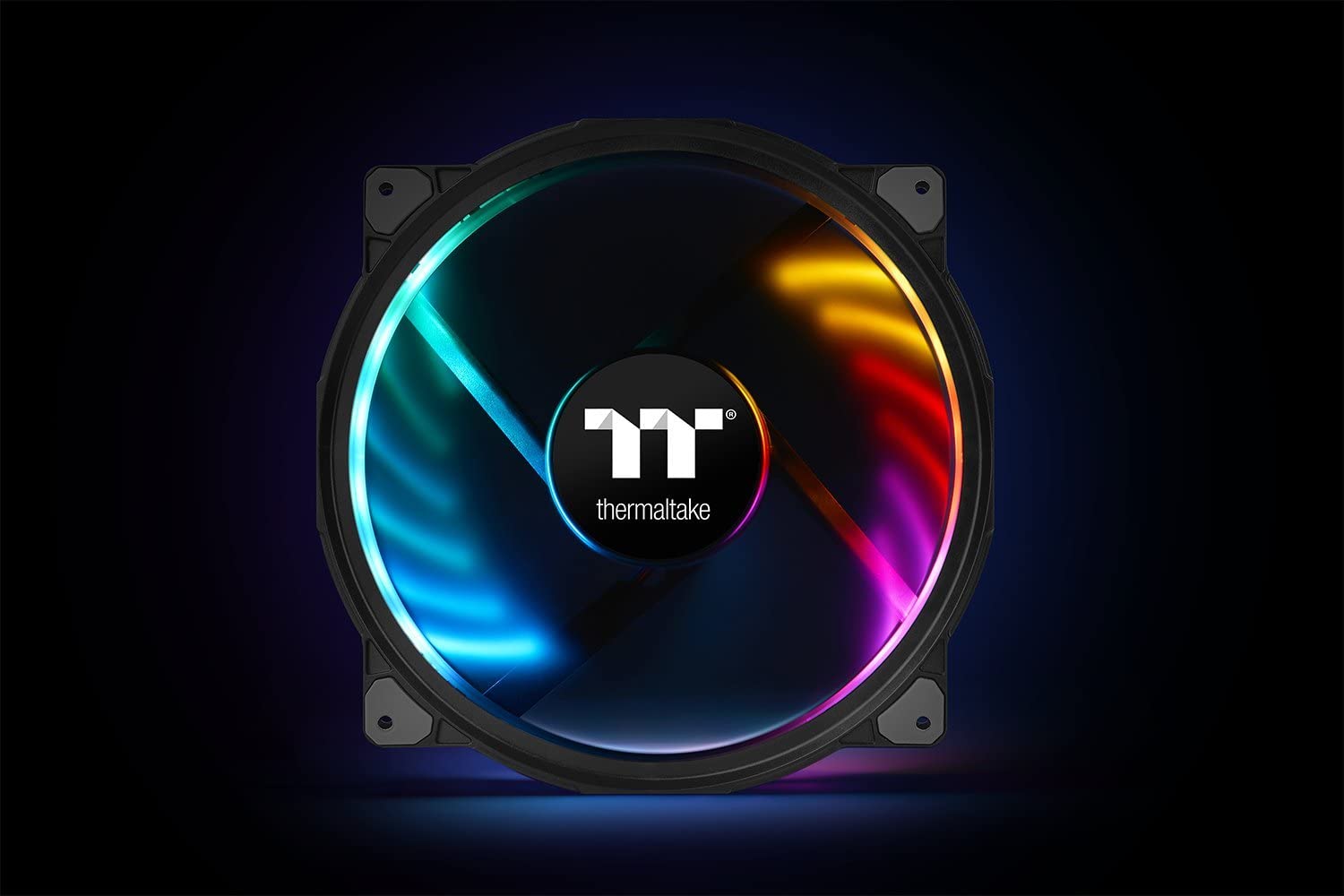 Most gaming rigs contain high-performance parts like the CPU and GPU, which generate a lot of heat. While these parts usually have dedicated cooling systems, they still generate heat, which can damage other components if it’s trapped in the case.

One of the best ways to reduce heat in a PC is by having fans to regulate the airflow. The cooling fans work in a push-and-pull system to keep the case cool. This configuration means that fans suck cold air into the front of the PC to cool it down. Once the cool air enters the system, it absorbs the heat before a fan at the back of the case extracts it.

Fans come in various sizes with different features. The most common fan sizes are 120, 140, and 200 millimeters. While larger fans tend to generate more airflow than smaller ones, they take up more space and might not fit into a case. The smaller 120-millimeter variants are commonly used and fit into most cases but require multiple fans for adequate cooling.

Like most computer parts, many cooling fans come with RGB lighting to add some color to the build. These fans often have individually addressable LEDs and software to sync them with other components in the case.

Here are the best RGB fans for gaming.

This fan has decent performance, suitable for advanced builds. It spins between 600 and 1,500 rotations per minute (RPM) and generates 43.25 cubic feet per minute (CFM) of airflow. Another advantage of this fan is its low noise level of just 24.8 decibels (dB).

If users buy the Corsair LL120 in a three-pack, they get an included Lighting Node. The Lighting Node acts as a hub for the fans and connects to Corsair’s iCUE software, which controls the RGB lighting. While a single fan doesn’t come with a Lighting Node, it can integrate into an existing setup.

There’s abundant RGB lighting on the Corsair LL120. Each fan has 16 individually addressable LEDs and two light loops for users to configure a custom lighting display.

For a premium fan, the Corsair LL120 is reasonably priced. The competitive price of this fan makes it an ideal choice for striking a balance between excellent cooling and bright RGB lighting without a huge investment.

Buyers who don’t mind paying for a high-end fan might consider the Thermaltake Riing Plus 20 RGB TT Premium Edition 200mm. It offers better cooling and lighting than the Corsair LL120, but it costs double the price.

This Thermaltake fan offers better cooling thanks to its size generating more airflow. At 200 millimeters, the Riing Plus 20 is larger than the LL120 and generates a massive 117.96 CFM. The Riing Plus 20 spins between 500 and 1,000 RPM with noise levels of 29.2dB.

A digital fan controller ships with the Riing Plus 20. Thermaltake includes a controller with a five-fan capacity so users can add more if one isn’t enough. The controller links up with Thermaltake’s TT RGB Plus software and app. Both software versions allow real-time monitoring of the fan’s performance and enable users to configure the 11 LEDs on the fan and its speed remotely.

There’s no doubt that the Riing Plus 20 has outstanding performance and bright lighting, but it comes at a price. It’s costly, and the extensive lighting might be overkill for some users.

NZXT’s Aer RGB 2 140mm is a practical choice for buyers looking for a fan with good performance and limited RGB lighting.

Instead of having numerous LEDs like the Riing Plus 20 and Corsair LL120, the Aer RGB 2 only has eight addressable RGB LEDs on the frame with none on the fan. There’s a controller included if buyers purchase a set of two Aer RGB 2 fans, but it’s not included with a single fan.

One of the benefits of having less lighting is a lower price. Although the Aer RGB 2 is bigger and generates more airflow than the Corsair LL120, it’s still cheaper because it has fewer LEDs.

Cooler Master’s Master Fan MF120 costs less than any of the alternatives on this list and is ideal for users wanting to cool their PC on a limited budget. For a budget fan, the MF120 features abundant RGB lighting and shines brighter than more expensive alternatives like the Aer RGB 2.

Another strong point of the MF120 is its compatibility. At 120-millimeters, the MF120 should fit in most cases without any issues. When it comes to performance, it spins and between 650 and 1,800 RPM and generates 47.2 CFM of airflow. The noise levels vary drastically between six and 30dB, depending on how fast it spins.

Bright lighting is another strong feature of the MF120. It has 24 LEDs in the form of dual light rings, and it’s also compatible with various software. Like the MF200R, the MF120 is compatible with vendor software like ASRock Polychrome and MSI Mystic Light.

The Cooler Master Master Fan MF120 costs less than the other fans on this list, but it has comparable performance. Its size makes it compatible with most cases, and it has bright lighting that works with many third-party companies.

Cooler Master’s MF200R RGB 200mm is slightly cheaper than the Corsair LL120 and the Aer RGB 2 despite being bigger and generating similar airflow.

While there’s limited RGB lighting on the MF200R, it’s compatible with most vendor software. This fan is compatible with Asus Aura, MSI Mystic Light, and Gigabyte Fusion, meaning it can sync with most motherboards and other devices.

Working with a variety of software gives the MF200R RGB 200mm an edge over the other fans listed so far. It allows users to integrate the fan into an existing setup without requiring proprietary software. The MF200R RGB 200mm also offers impressive value by costing the same as smaller fans with less airflow.