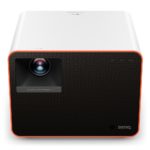 When it comes to choosing a display for your gaming console or PC, monitors and TVs are usually the first options that come to mind. Gaming projectors are undiscovered for most gamers, but they’re surely better than the entry-level monitors or TVs you may have experienced.

If you’ve got a spare wall around the house or have a decent setup that’d support a projector, then you can simply start enjoying a wider screen than you’d only get from the most expensive TVs in the market. Projectors tailored for gaming are compatible with almost all recent consoles and PCs, allowing them to compete with gaming monitors and TVs.

The best gaming projectors are also capable of outputting high-quality sounds and feature higher lumen values, making their image output clearer and better. Though gaming projectors are competitive when it comes to their refresh rates, they fall a bit behind when it comes to response rates. They’re still a solid choice for gamers that’d prefer a bigger screen and something more portable than a TV or monitor.

Picking the correct gaming projector for your needs can be a hassle since there are countless options on the market. We’ve gathered the best gaming projectors you can buy today to get lost in the game of your choosing as soon as possible. 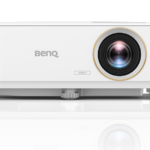 If you’re looking to invest in a projector to use for gaming, chances are you’re also considering a home theater, or you travel a lot and don’t want to pack a display to wherever you go. When the latter case applies to your situation, you can naturally be slightly hesitant about spending more than you’d like to on a projector. Budget options can lag behind higher-tier entries in terms of visual quality, but they’ll still be enough to deliver enjoyable gaming sessions.

BenQ’s TH585 can produce a 100-inch picture when placed 12 feet away from the screen or wall. The resolution is capped at 1080p, and you’ll be gaming with an input lag of 16 milliseconds. There’s also a game mode that adjusts the image for a better gaming experience. With a maximum brightness of 3,500 lumens, you won’t need to worry about the sun unless you don’t have any curtains and it’s around noon. 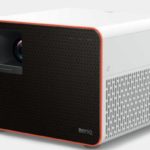 Refresh rate has never been an issue for console players. PC gamers, on the other hand, may have even forgotten what it feels like to game on a 60Hz screen. Both parties are now closer than ever with the release of new-gen consoles, however, since console players also have the option to play supported games at 120fps. To take full advantage of that, you’ll need a 120Hz screen. The options will be limitless if you’re looking for a monitor, but there aren’t many options when it comes to projectors.

BenQ’s X1300i is one of the more versatile projectors in the market. It can produce images at 4K with a 60Hz refresh rate or 1080p with 120Hz. With HDR support and a maximum brightness of 3,000 lumens, BenQ’s X1300i can be the pick if you’re looking to enjoy AAA titles at high settings.

BenQ X1300i’s input lag of 8.3 milliseconds is something worth considering for competitive gamers. This projector also comes with an Android TV dongle, meaning it can be more versatile than the other picks on our list. 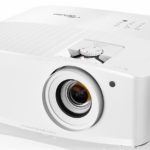 Optoma specializes in producing projectors and Chromecast solutions. It’s one of the more reliable names in the market and known for its high-quality products.

Optoma UHD50x can put out a 4K display at a 60Hz refresh rate and 1080p at 240Hz. While high refresh rates may not mean much for console gamers since most games can only push up to 60 frames per second (fps), it can be a deal-breaker for PC gamers. Playing in 4K will net you a response time of 25 milliseconds while opting-in for 1080p will lower it to 16 milliseconds.

UHD50X has a screen size of 34.1 to 302.4 inches and a brightness of 3,400 ANSI lumens. Featuring a contrast ratio of 500,000:1 UHD50X also comes with a built-in speaker. While the built-in speaker is more than fine for your average gaming sessions, the projector’s optical and 3.5-millimeter audio outputs let you get creative.

While gaming at 4K will push the projector to its limits, it’s robust cooling system will let you game for days without needing to worry about temperatures. 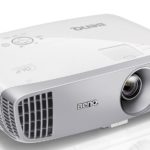 Continuing with budget options, next up is the BenQ HT2050A. The 1080p projector can produce screens sized at 60 to 300 inches and has a brightness of 2,200 ANSI lumens. Its 16.67 milliseconds of input lag is one of the lowest among budget-tier projectors, and its keystone correction feature makes it quite easy to set up.

HT2050A has a 15,000:1 contrast ratio and supports seven different inputs being one D-Sub, one VGA, one composite video, one component video, two HDMI ports, and 3.5-millimeter audio input.

Considering its low response time, the HT2050A is one of the best options for competitive gamers on a budget. While its input lag is still higher than what you’d get on a monitor or a decent TV, it doesn’t get any better than this for projectors in this price range. 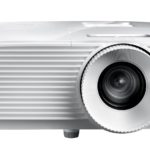 Optoma UHD50X tries its hardest to lower the input lag, but it can only do so much while providing a 4K display simultaneously. It’s little sibling, the HD39HDR, features a response time of 8.4 milliseconds, which is almost revolutionary for a projector.

The 1080p projector also has a refresh rate of 120Hz, making it an excellent choice for PC gamers as well. It’s capable of putting out screens sized at 30 to 301 inches. It supports HDR and has a brightness of 4,000 lumens. With over four inputs and outputs like HDMI 2.0 and 3.5-millimeter audio jacks, compatibility isn’t an issue for HD39HR.

Once all of its perks combine with its price tag, Optoma HD39HDR is a catch if your sole goal is to play competitive games. The price-to-performance ratio is above the roof, and the image quality is still exceptional, despite it focusing more on bringing gamer specs to the table. 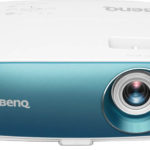 4K projectors’ price tags can look off-putting, but you can undoubtedly experience the beauty of 4K on a budget.

The TK800M is one of the best budget projectors on the market. The 4K projector has screen sizes ranging from 30 to 300 inches with a brightness of 3,000 lumens. While its contrast ratio can seem low at 10,000:1, the projector has a rich overall color dynamic.

It supports HDR and two HDMI, one RS-232 serial, and a VGA port. Like most 4K projectors, TK800M also has a high input lag, 49.8 milliseconds. Though it makes it unsuitable for competitive games, your experience should still be great for casual gaming and content consumption.