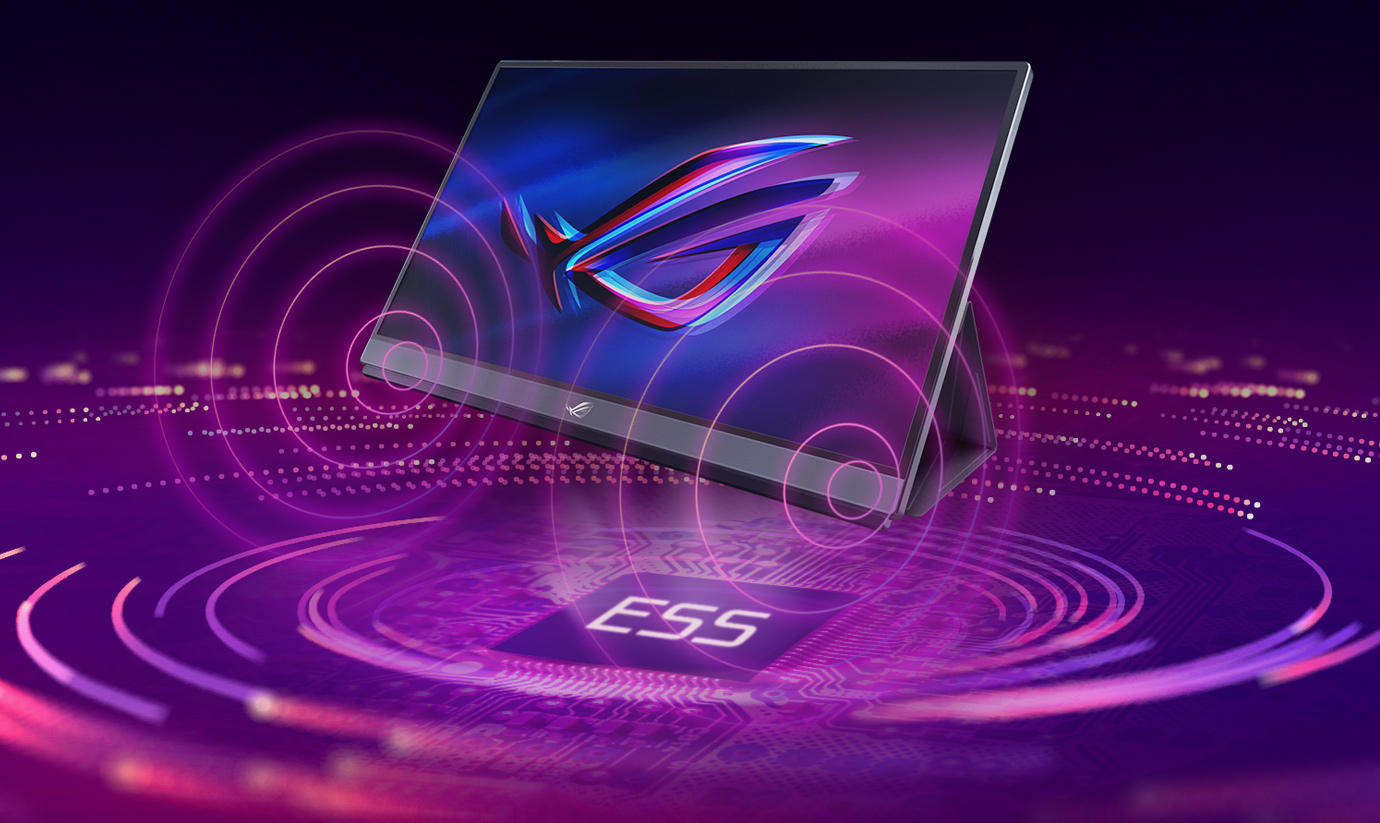 Portable monitors are ideal for on-the-go gamers. They are lightweight, easy to carry, and users can set them up in a couple of minutes.

There are plenty of features to look out for when buying a portable gaming monitor. Many portable monitors have built-in batteries so users can play on the move without a power source. Other desirable features on a portable monitor include a quick refresh rate and multiple ports, like a USB-C port and a micro-HDMI port. Certain portable monitors also have touchscreen capability. This list contains a variety of portable monitors to suits different budgets and requirements.

These are the five best portable gaming monitors.

Asus’ ROG Strix XG17AHPE is designed specifically for gaming with the fastest refresh rate of any portable monitor. Its 240Hz refresh rate and three-millisecond Grey to Grey (GtG) response time put it on par with many full-size gaming monitors, so it’s fast enough for competitive gaming on the go.

An area where the ROG Strix XG17AHPE stands out is its design and feature set. Compared to most portable monitors, it has a larger 17.3-inch in-plane switching (IPS) display but retains the common 1080p resolution. Adaptive sync is another standard feature that helps improve the picture quality by reducing screen tearing. The ROG Strix XG17AHPE also includes a 7,800mAh battery with an estimated lifespan of two hours, so it doesn’t need a constant power connection. When it comes to connectivity, there’s a Micro-USB port and a USB-C port. Buyers can also use the pair of one-watt speakers or connect a headset to the 3.5-millimeter audio port if they want sound while they play.

One of the main reasons to get a portable monitor is its practicality. Measuring 15.7 by 9.9 by 0.4 inches (LxWxH) and weighing 2.34 pounds, the ROG Strix XG17AHPE isn’t the smallest portable monitor, but it’s still easy to carry. The only feature that detracts from the ROG Strix XG17AHPE’s premium feel is the flimsy folding stand. It doesn’t feel stable propping up the monitor, and as a protective case, it only covers the screen, leaving the rest of the device exposed. While this feature doesn’t match the overall quality of the monitor, it’s still a practical addition.

While the ROG Strix XG17AHPE has a strong feature set and sturdy build quality, its price lets it down. It sits in the same price range as some full-size monitors and is only worth it for players with extra cash looking for the best performance.

The GAEMS Sentinel Pro is an ideal solution for console players who take their equipment on the road. It comes with a hard ABS plastic carry case offering protection and space for the monitor and a console. There’s a foam base with velcro straps to secure the console while the monitor is fixed to the lid.

Since the Sentinel Pro comes with a hard case, it’s bulkier than the other monitors on this list. The case measures 16.9 by 4.2 by 16.7 inches and weighs 11.4 pounds, including the monitor. There isn’t much space in the case for controllers or cables, so a carry bag ships with the monitor.

While the Sentinel Pro works well with consoles, it’s not ideal for laptops or small form factor PCs. The main reasons for this are its lone HDMI port and slow 60Hz refresh rate. Although the Sentinel Pro is clunky, it provides ample protection for the monitor and console, so they don’t get damaged in transit.

Touchscreen capability increases the functionality of a portable monitor and makes it ideal for multitasking. The Asus ZenScreen MB16AMT has a smaller 15.6-inch IPS screen than the other monitors listed so far, but its touchscreen makes up for its diminutive size.

The touchscreen on the ZenScreen MB16AMT has 10-point functionality. This feature means the screen can detect up to 10 points of contact simultaneously so that users can scroll, pinch, or perform other complex tasks on it. A stylus pen ships with the monitor and provides an alternative input method to fingers or a mouse and keyboard. One of the drawbacks of the touch screen functionality is that it only works on Windows and Android-based devices with no iOS support.

While the ZenScreen MB16AMT excels at multitasking, it has some shortcomings. Its 60Hz refresh rate is a bit slow for competitive gaming, but it’s fine for single-player games. Like the ROG Strix XG17AHPE, the ZenScreen MB16AMT doesn’t come cheap, and its high price might put off some users.

Some players aren’t looking for the fastest refresh rates or largest screen size. Instead, they just want an affordable portable monitor that’s easy to transport and gets the job done. AOC’s I1601FWUX is around half the price of the ZenScreen MB16AMT, but it has some significant tradeoffs.

Despite its low price, the I1601FWUX has similar characteristics to the other monitors listed here. It has a 16-inch IPS screen with 1080p resolution, a 60Hz refresh rate, and a five-millisecond response time.

Its lighter weight and compact size make the I1601FWUX a great choice for players on the go. It measures 14.6 by 9.2 by 0.3 inches and weighs 1.8 pounds, making it the lightest monitor on this list. Like most of the monitors listed here, the 1601FWUX has a protective cover that doubles as a stand to hold it in place either horizontally or vertically.

One drawback of the I1601FWUX is its limited connectivity options. There’s only a single USB-C port requiring DisplayPort functionality to work. While this system reduces clutter and works with a single cable, it’s incompatible with certain PCs and can’t work with mobile phones.

Most portable monitors have small screens to keep their size compact. Other monitors like ViewSonic’s TD2230 have a massive 22-inch screen. The larger screen size makes it a better option for watching movies or playing games, but it comes at the cost of portability.

Having an oversized screen allows the TD2230 to display larger images onscreen. It has a 22-inch IPS screen with 1080p resolution. The 60Hz refresh rate and five-millisecond GtG response time aren’t the fastest, but they’re acceptable for casual gaming on the go.

The TD2230 has the most connectivity options of any monitor on this list. Instead of a USB-C port or a Micro-USB port, it has an HDMI port, a USB 3.0 port, a DisplayPort, and a VGA port. Its wide range of ports makes this monitor compatible with most devices, including older PCs and many other devices.

Another benefit of the TD2230 is its touch capability. Like the ZenScreen MB16AMT, the TD2230 has a touchscreen with 10-point capability, making it ideal for multitasking. The screen also has a durable scratch-resistant finish for additional protection.

This monitor offers impressive value because of its multiple connectivity options and touchscreen capability. Its main selling point is also its downfall. The larger display size makes it harder to transport.