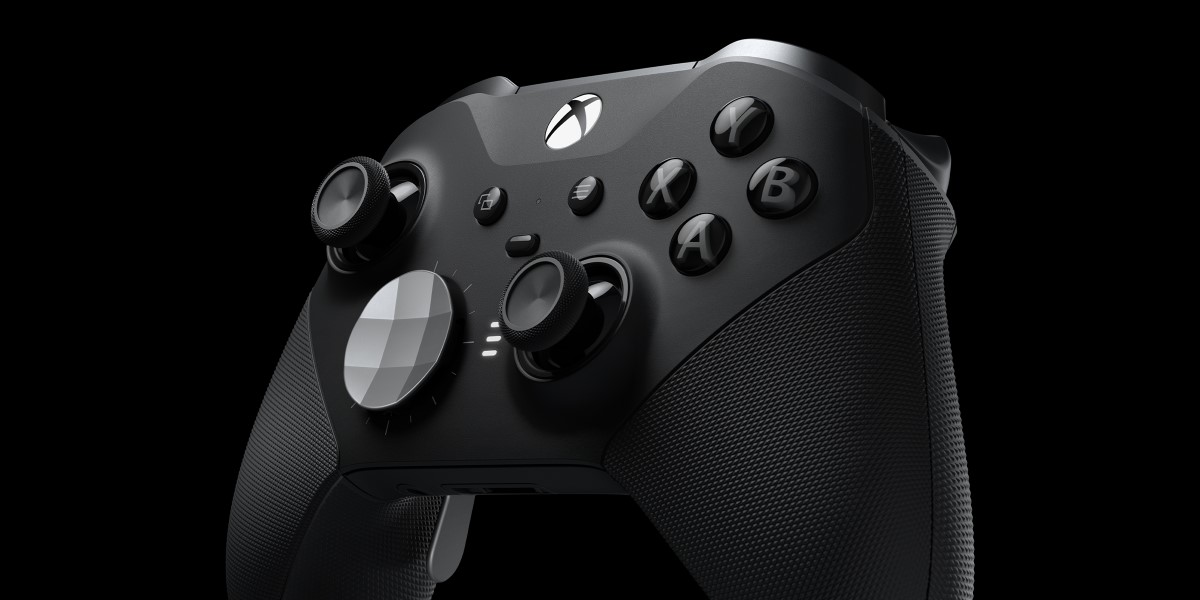 There are a lot of options out there for gamers looking to add a controller to their PC setup. Here are our top picks for a PC gaming controller for 2021.

The Xbox Elite controllers offer the flexibility to play with a wired USB or in a wireless configuration using Bluetooth.

Players are able to customize their controller, trading out the directional pad and thumbsticks to fit their specific gaming needs. This controller even comes with optional extra mappable paddles on the back of the controller, giving players more configuration options than ever before on an Xbox controller. Since both Xbox and Windows are owned by Microsoft, the Xbox Elite controller runs flawlessly on Windows.

If you have the money for this versatile piece of hardware, it’s the best option on the market. If you’re looking for the same great experience with a few less features, you can also buy the Xbox Elite Controller Series 1 for slightly less.

The PlayStation 5’s DualSense controller is in a league of its own in terms of quality. With haptic feedback, adaptive triggers, and a slightly larger design than the DualShock 4, the latest iteration of the PlayStation controller is certainly the greatest.

Use with a PC, while certainly possible, is tentative. Steam released support for the controller in November 2020. All games played through Steam, including non-Steam games launched through the application, function with a DualSense controller. DS4 Windows also supports DualSense, for those who prefer using a third-party application. Windows 10, by itself, does not currently support the controller natively.

Many PC games haven’t been and won’t be designed with the DualSense’s features in mind. The haptic feedback and adaptive triggers, which provide extra resistance when pulling back a bow in-game, for example, won’t be used in most titles. If those features are what you want to pay for, you might as well skip out unless you plan on getting the few games that have added support for DualSense’s tech.

The controller runs great on Windows and incorporates with Steam especially well. Valve’s Steam controller features back grip buttons. It can be used in both a wired and a wireless mode and features gyroscope and accelerometer sensors for motion-controlled games. It’s a cool controller, but it’s definitely not traditional.

The Razer Wolverine is a good, if slightly more expensive, alternative to the Xbox Elite experience. The Wolverine comes with six programmable buttons. Four extra buttons are located on the back, and two extra buttons are located on the top of the controller. The Wolverine Ultimate also comes with interchangeable options for the control sticks and trigger locks, which operate in a similar fashion to the Xbox Elite.

One other feature that sets the Wolverine Ultimate apart is the sensitivity adjustment. Using the focus button on the controller, players can adjust their thumbstick sensitivity on the fly, similar to a DPI shifter on a mouse.

The biggest downside to this controller is that it only comes in a wired configuration. If wireless features aren’t important to you, this may be the controller for you.

Astro Gaming has created high-quality gaming peripherals for a long time. This controller is no exception. The C40 controller is officially licensed by Sony for the PlayStation 4, but it also works flawlessly on the PC straight out of the box. This controller comes with a lot of the same features and affordances that the previous two controllers on this list offer.

The C40 is designed to be modular, allowing players the ability to replace and interchange the control sticks and the D-pad at will. The C40 has two remappable rear buttons. The controller can be used in either wired or wireless modes.

Many third-party controllers break easily, but this controller is built with highly durable materials that should hold up over the course of many years of wear and tear. If you’ve had issues with controllers breaking in the past, this might be a good option for you.

Not everyone needs a fancy controller with extra buttons, lighting effects, and bonus features. Some players are just looking for a sturdy controller that works well and feels good to use. For these players, the Xbox Wireless Controller is the perfect option.

The Sony Dualshock 4 is Sony’s counterpart to the Xbox One controller. It’s an amazing, standard controller. Although it can be slightly more finicky with Windows and Steam, once you install the proper software to detect the Sony Dualshock inputs, it generally performs well on PC.

When it comes to comparing the Xbox One controller and the Sony DualShock 4, the big differences come down to ergonomic preferences. For someone with larger hands, the Sony Dualshock can be a bit uncomfortable during longer play sessions due to its small size. For people with smaller hands, however, the Xbox One controller can become uncomfortable over time. With either controller, most games will work without any problems on Steam, Origin, Battle.net, or whatever other gaming platforms you happen to be using.

The Dualshock 4 comes in dozens of colors, including gold, white, red, rose gold, and many more. One unique feature of the DualShock is its touchpad and motion sensor capabilities, although few PC games end up using these features.